Running over the weekend of August 20th to 21st, the innovative 3D out-of-home experience provided the public with the opportunity to customize their ultimate Sub on-screen, before seeing their creation come to life.

Subway ambassadors, hidden within the crowd, then surprised and delighted the public by delivering their Sub for them to enjoy.

The bold creative campaign, from Above+Beyond, ran at Westfield Stratford City, with the aim of continuing to build on the brand’s fame, innovation and showcase some great tasting and craveable Subs. 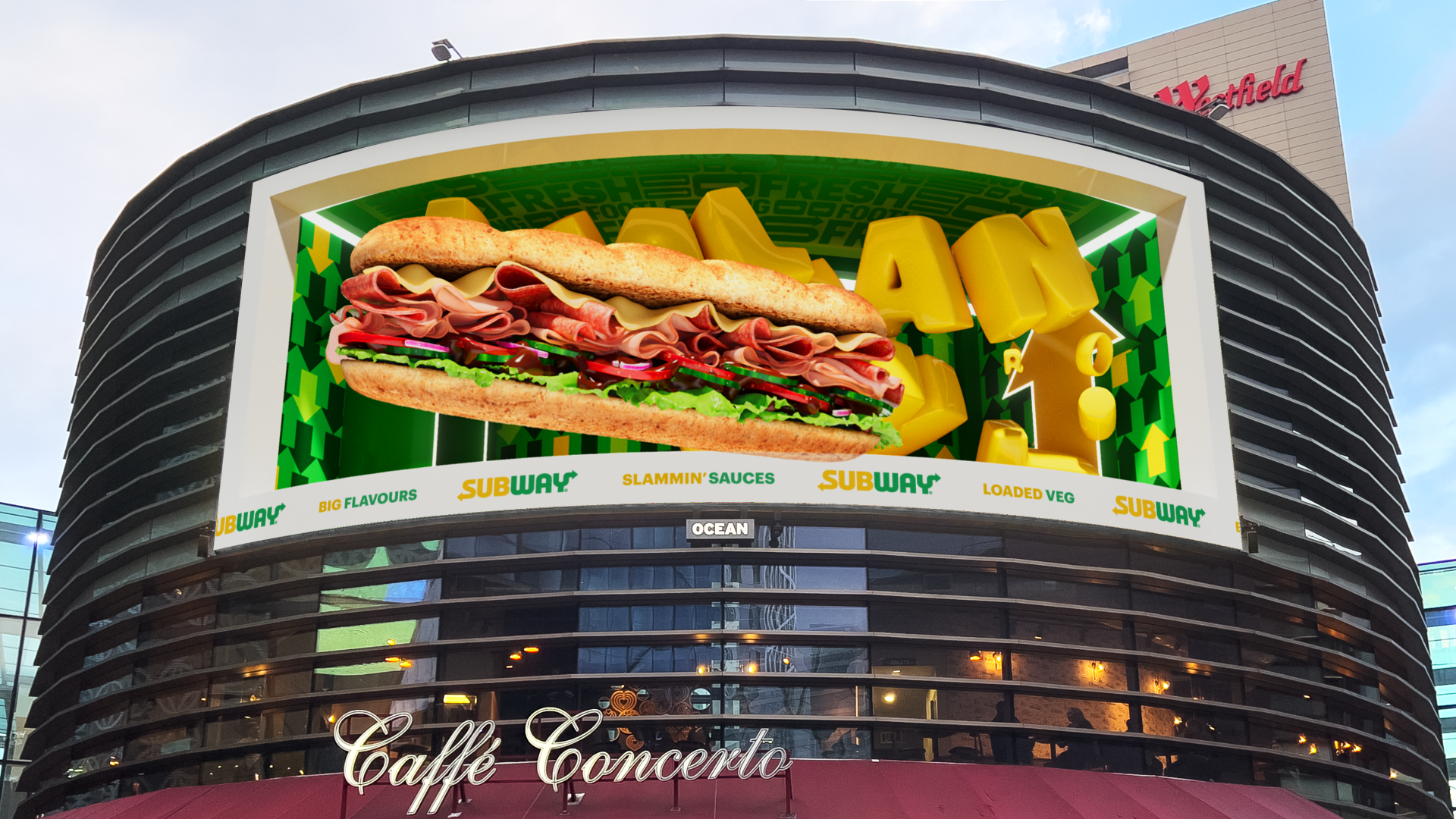 Angie Gosal, Head of Marketing, Subway UK & Ireland: “This is a first in marketing, trying to find new ways to reach Subway fans and give them a chance to enjoy their Sub just the way they want. Subway always puts customers first and this campaign is another example of this.”

Dom Goldman, Chief Creative Officer from Above+Beyond: “Embracing new technologies and pioneering ways to interact with audiences is always exciting. We’ve seen many great 3D billboards, but creating a fully interactive screen with fulfilment baked in is a first.”

About Subway® Restaurants
As one of the world’s largest quick service restaurant brands, Subway serves freshly made-to-order sandwiches, wraps, salads, and bowls to millions of guests, across more than 100 countries in more than 37,000 restaurants every day.