A weekly recap of the top OOH stories you may have missed, along with colorful commentary from BB.

Every week, we coral the best out-of-home has to offer. This week includes 3D billboards, holograms, dueling walls and an oblivious OOH potential account that should be spending but is not and has not.
OOH Today’s Take
Automotive is an absolute natural for OOH advertising. No surprise there.  Why isn’t Jiffy Lube buying on a national basis and often? I would suggest it’s because there is nearly no one calling on them from OOH.
Everyone has a Jiffy Lube in their market, but does everyone have Jiffy Lube on their billboards? Why not? Who’s calling on Jiffy Lube nationally and where is the national buy for Jiffy Lube? Another obvious OOH potential account that should be spending nationally but is not and has not for years. Where’s the national sales calls? Lamar? CCO? OUT?  @ReaganOutdoor knows Jiffy Lube on a local buy basis. Typically, Jiffy Lube will do one offs like the example in the recent OOH Best Creative Last Week Today.
What if every OOH company large format and the smaller digital formats organizations called on Jiffy Lube?  If you’re reading this, make the calls.  Need assistance in locating the Chief Marketing Officer?  Need contact for the agency of record? Drop Bill a note at BillBoard@OOHToday.com. We’ll help you with the contact info and get the Industry started. 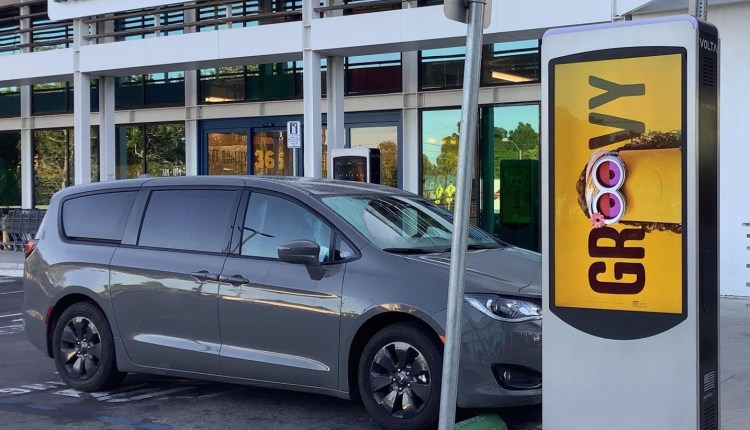 2. Volta Has Some Competition — EVCS

It’s the number of venues silly.
For OOH Today, the purpose of the post was not so much to discuss EVCS but to point out where allegedly the leader in the space, Volta, is now or where they should be in terms of success and revenues.
Last time we discussed Volta’s value, Getting My Head Around The Volta $2.2 BILLION Valuation And The Complexities Of OOH’s Tech Worth they were a $2.2 Billion valuation company. We said then they were over valued and frankly still believe that the case. Volta has had the ‘jump’ on the EV charging market for some time. Years in fact. Sales seems to have picked up for them but the bugaboo of critical mass needs to be overcome.
When a digital or static for that matter, place based company has 100 faces in one market and typically, at least from what we have witnessed, 4 faces in each venue, that translates to 25 locations not 100 locations. No buyer/planner that we are familiar with is naïve enough to believe that 25 venues in a major market like Atlanta or DC to name two, is any where near enough to provide the reach or net frequency to be a ‘solid buy’. Count the digital by number of face segments, as in 8 per, the ratio of faces to actual venues is even less impressive. Critical mass is a must. Let the games begin. 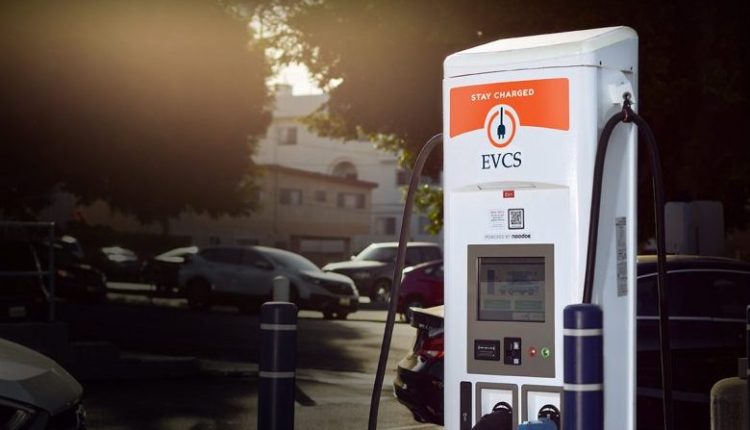 Well at last what has it been nearly a year of absence this position has finally been filled. Fault of the organization? No, if you think it falls on the newly named President, Dylan Mabin. Yes, if  negligence (we know a powerful word) is to be appropriately placed on the Geopath’s board. Luken has a tall order to get in front of what is going on in measurement in the OOH Industry right now. Getting to speed will be nearly impossible.
A few points to ponder. Mr. Luken who we admit we have not met and is an unknown by OOH Today, comes from the place based side. Coming from an organization which has ‘taken over’ Outcome Health. Remember those guys? We do. Check out our reporting here ⇒ Digital Place Based Media Network Has Some Explaining To Do. Their founders were facing big time Federal charges for fraud.
In October of 2019, ContextMedia Health LLC, which operated under the trade name Outcome Health (Outcome), a digital provider of medical information and advertising in doctors’ offices, agreed to a resolution with the Department of Justice by which it paid $70 million to victims of a fraud scheme that targeted its clients, lenders and investors.
Luken joined Outcome as Managing Director of Production October of 2019, well after the fraud had been committed.  He’s certainly has to have the chops working in adversity and we given him big props for that.
A technician of sorts? Appears so. What is needed? Resoundingly YES!  We are disturbed by the lack of large format OOH experience Mr. Luken has. Important? Come on, of course! Considering the current format driving the revenue numbers in OOH. Should the Geopath competitors be concerned? I think so. Luken in all likelihood will  be able to suss out the strengths for Geopath and point out the weakness of the ‘other measurement organizations’.
Solution number 1? Luken must spend time starting today with the Big 3. We welcome and support everything Geopath does and offer any assistance to Chris Luken to get him to speed quickly. What are you doing to help? If you have not sent him a note of congratulations and sincere offer to assist, DO IT NOW! 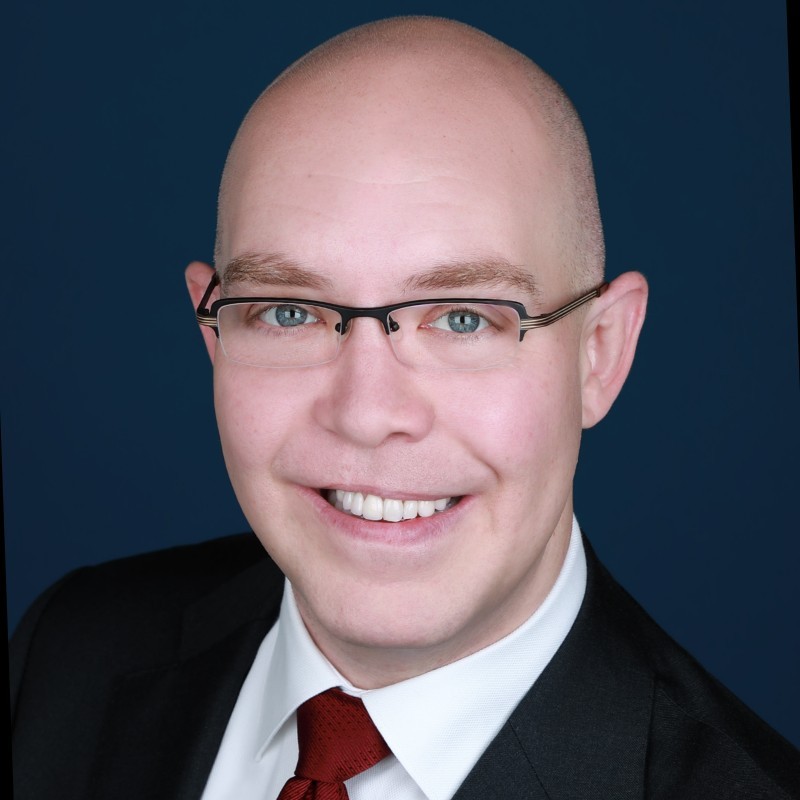 Submit your top media plans from July 1, 2021 – June 30, 2022 and see how they rank among the industry’s best. To qualify for an award, the advertiser (or its agency) must have paid for media space directly to an OOH media company that owns and operates the inventory. The only exception is public service advertisements, which can be pro bono.
OOH Today’s Take

Every year which I have attended the event which recognizes this award, it seems the selection is from a very small number of entries. Listing the number of entries has never been provided openly. Take our word, it has been few. Transparency. Shame on OOH? Yep. Submit your entry. The more entries, the better the winner. The better the winner, the greater the recognition and belief in OOH. Did we say submit your entry?  Get in now. 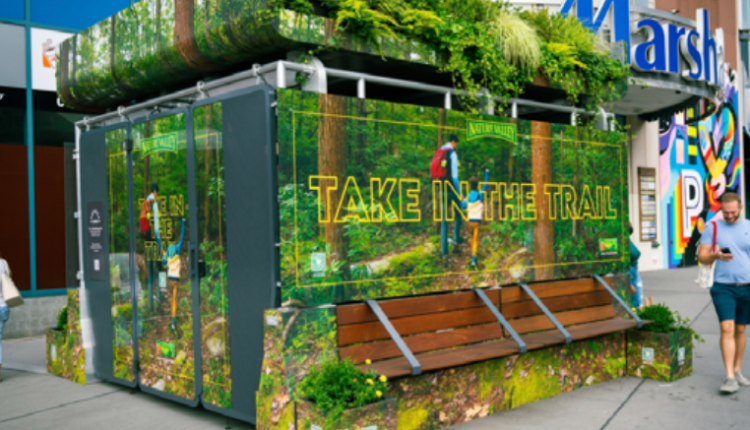 Global has won the advertising contract for Gatwick Airport for a another five years, retaining its position as the UK’s largest airport media owner.
OOH Today’s Take

Sorry to say but does anyone really care? Even in the UK? More to the point, can Global make us or the advertisers of the world care? Congrats. 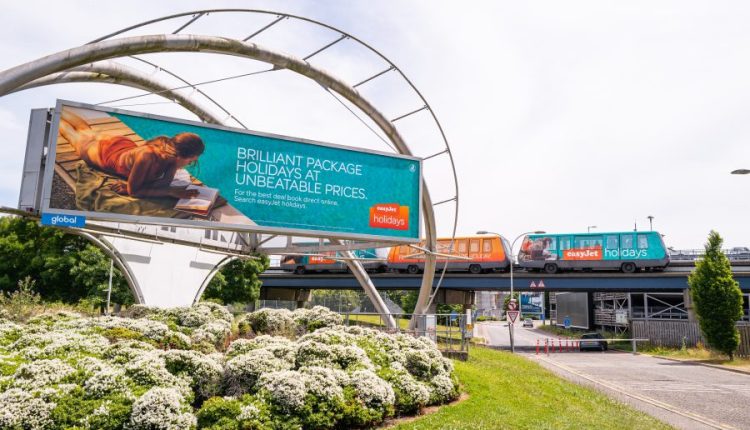