Getting My Head Around the Volta $2.2 BILLION Valuation and the complexities of OOH’s Tech Worth 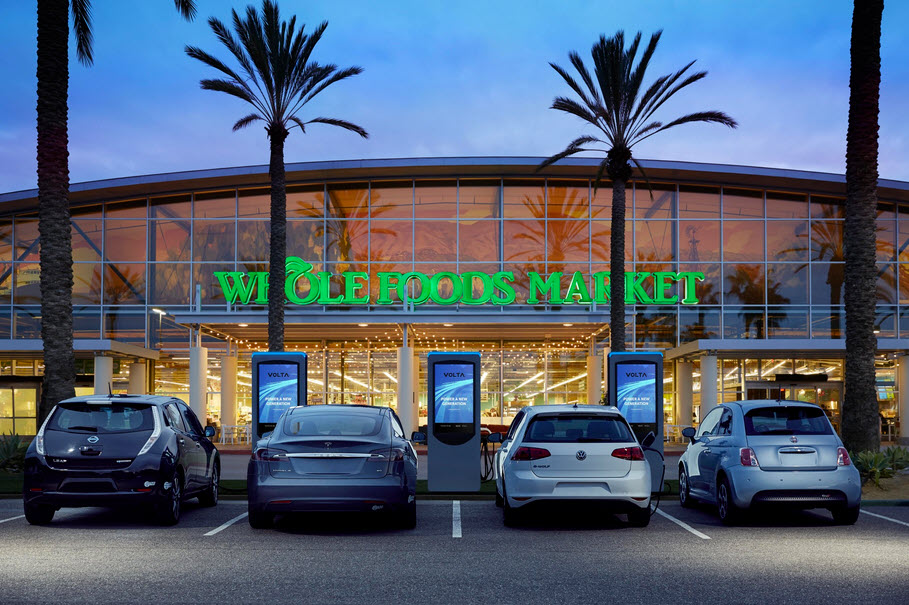 This is not a post for your average billboard seller and buyer, that is, not today. It will be in the future. How near that future? Difficult to say, but in the future of most of you reading this today.

I am still trying to wrap my head around this Volta $2.2 Billion valuation. Like many people I spoke with last week, and even in today’s post from Jim Johnsen on the subject, ‘Ring My Bell‘ whom ironically we have had no discussion regarding same at any time, this valuation is difficult to understand.

First a bit of background

Last week, Tortoise Acquisition II (ticker: SNPR) announced plans to merge with Volta Industries. Volta owns and operates EV-charging infrastructure consisting of a network of 1,500-plus screens in 14 of the top 15 designated market areas and a total of 25 DMA’s nationwide.

How many signs does 1,500 screens represent? Many of us count one segment of the 8 per face as 8 screens in total inventory counts.  How many unique shopping centers or properties?  How many centers per city? What is the average number of sign locations per property? How many signs are sold to the properties and unavailable for ad use verses available for use of off premise advertising? What hours are used in counting impressions?  The shopping center hours 10AM to 10PM? Or
a 24 hour extrapolation?

The deal values Volta at about $1.4 billion, but with the premarket jump in the stock price, Volta’s implied stock market valuation is roughly $2.2 billion.

According to Barron’s, others in the same space for comparison, Blink is valued at about $2.2 billion. Beam is valued at roughly $500 million. EVgo will have a market value of roughly $5.5 billion, based on the 263 million shares outstanding after the merger closes.

Again per Barron’s: Investors may be familiar with Special Purpose Acquisition Company (SPAC) named Tortoise. Tortoise Acquisition I merged with commercial EV company Hyliion (HYLN) in 2020. Many EV-related companies have chosen to raise money by merging with SPACs in recent months. Fisker (FSR), Nikola, QuantumScape (QS) and Lordstown Motor (RIDE) are four other examples. All five companies saw their stock prices rocket after their SPAC mergers were announced in 2020.

So we are wondering;

How Volta can be valued at $2.2 Billion?  Surely it is not for the OOH Ad revenue. It’s all about the dollar. In this case, getting to the dollar via Low Carbon Fuel Standard (LCFS) credit.

Credits are generated at EV charging ports by delivering electricity to vehicles. The number of credits generated are based on the carbon intensity score of the electricity and the amount of energy delivered. Per California Air Resources Board (CARB) regulations, the owner of the EV charging station can choose to designate the ownership of the credits to any entity. Either owner or the designated entity must submit records of the amount of energy delivered for each charging port to the California Air Resources Board (CARB) for verification. Once CARB verifies the record, the entity then receives credits that can be sold, like renewable energy credits or carbon offsets, to other companies seeking to reduce their GHG footprint to comply with regulations.

Here’s where you need to hang in with me

The Low Carbon Fuel Standard (LCFS) is a technology neutral market tool for the Californian transportation sector to reduce greenhouse gas (GHG) emissions by at least 10% by 2020.

The LCFS forces upstream fuel providers such as gasoline companies for example, to lower the carbon intensity (CI) of fuels. The LCFS applies to any transportation fuel that is sold, supplied or offered for sale in California. Transportation is a key sector in California accounting for 37% of GHG emissions.

As I was doing research on Automated Vehicles (AV) early last week, I stumbled into more information in my exploration on charging stations.

Listening in and subsequent discussion with a group of egg heads on Automated Vehicles or as the group refers to as, Intelligent Vehicles (IVs), quite coincidently, charging stations came up.

Though Volta never came up in the discussion, charging stations did and the fact that the charging stations derive a great deal of value from LCFS credits. What I am deducing, as to why Volta is so valuable, other than speculative over pricing by the SPAC, is because of the LCFS credits which Volta is earning or expects to earn out with its charging units. Not the ad sales but the charging units themselves.

The charging units are the subsidy. I am still learning about this and may not have the precise explanation or correct terminology. The LCFS credits are transferable. LCFS credits value or pricing is determined by volume (supply), demand of credits and compliance cost.

There is an exchange which exists for LCFS- See the Weekly LCFS Credit Transfer Activity Report here-https://ww3.arb.ca.gov/fuels/lcfs/credit/lrtweeklycreditreports.htm

Here is the most recent ‘snapshot’ of the LCFS Weekly report

A high LCFS credit value generates investor confidence that there will be adequate price for their credits to provide a valuable return on investment within their required payback period. 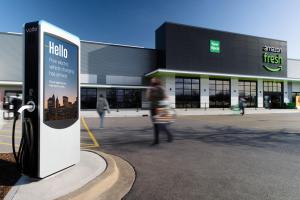 The charging unit is the subsidy which drives the credits and I believe is the asset leading to the valuation of Volta. I suspect besides selling the credits to companies with carbon deficits is one value and then another with the capital expense amortization opportunities building out the charging stations. Thirdly, selling the charging units outright to other venues, say like a Whole Foods or Amazon Fresh and fourth, no doubt, Volta is exuberant as we all tend to be, in its advertising revenues forecast.

The valuation seems very high but from what I can glean, the LCFS credit is what may be driving the valuation. Their Outdoor advertising sales are probably less than $10 million and most likely closer to $6 million in 2020. That is just a guess based on the their ad rates, number of deals, number of units and low sold space occupancy, which I have polled around the country and personally observed. Now that they will soon be public, much of this information should become available.

The reality or irony of all this is, as voiced by the eggheads I spoke of earlier, compared to other carbon producing industries worldwide, transportation is a very low carbon producer.