Gino Sesto is the Founder of Dash Two.  Dash Two is an ad agency which specializes in Social and OOH.
They are very positive on Outdoor Advertising and aggressively promote OOH.  Gino has been actively supporting OOH, writing blog posts and finding success being published in Adweek and Media Post. He has a deep understanding of social media and has the skill set to tie outdoor and digital together to create the most effective brand interaction between the physical, (OOH) and the digital (online social).

We have met with his Outdoor Strategy Manager, Rodolfo Queiroz and spoken to Gino on the phone a number of times.  He is a smart and savvy person with a great understanding and enthusiasm for Out of Home.  I recommend you call on both Gino and Rodolfo on your next trip to LA / Culver City.  His contact info is below.  A partial very impressive client list follows. 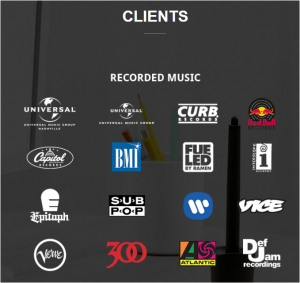 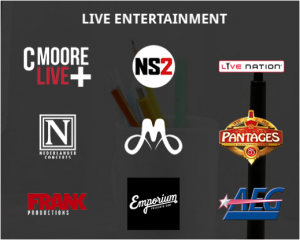 You can find the Adweek article here, and I’ve included the full text below as well.

by Gino Sesto, Founder Dash Two
The billboards on Sunset Boulevard in my hometown of L.A. are in hot demand. This seems strange when you consider that the billboard is the oversized modern descendant of some of the oldest forms of human advertising. But its role has dramatically changed thanks to social media and its culture of artfully curated vanity and opened up a new realm of hybrid opportunities. It can still be difficult for brands to effectively tie outdoor and digital together, but a few key moments can take a billboard from just a big sign to the perfect asset to break through social media noise.

When we see clients—brands and artists—looking to make a big impression that leads to millions of other impressions, a billboard is often in the mix. A single billboard can have massive social media potential, one reason Sunset remains so central to campaigns. Or a single billboard in the middle of nowhere can be content creation plan, a video or activation. It’s a move worth the investment, especially if OOH ads resonate with a carefully plotted digital campaign to maximize the strengths of both.

A single billboard can have massive social media potential,

Here are a few ways to ensure that a digital and outdoor campaign reinforce one another.

Customize the interaction between digital and physical

Digital activations can be pegged to billboards in a wide array of ways, customized to the campaign but following a few basic patterns. Geotargeting allows certain features, treats or discounts to be unlocked only when a user or fan stands near the billboard. Contests for fans or customers who post a selfie with a billboard or wild posting wall and tag them prove popular. Some clients have expanded on this by having physical goodies to give away or by inviting special guests on site. We’ve had everyone from major pop stars to Playboy bunnies hang up posters and attract attention. These lures are particularly important if the outdoor activation requires people to go out of their way or to reach the site in a certain limited timeframe.

Location and environment should reflect your brand

Once you’ve got your plan down, location is the first element to consider when plotting where to buy outdoor advertising, whether it’s a billboard or a wall for a custom mural or wild posting. You need an environment that will reflect your brand. You need a place that’s accessible and secure if you want people to stop and shoot a photo or download a secret track or coupon. This could be existing OOH inventory or a more impromptu site like the wall of a beloved local grocery store. We’ve got favorite wild posting spots around L.A., and anyone you work with to execute your OOH plans should know where your brand will look good, where your posters will stay relatively pristine and where your target audience is most likely to see you.

Think about the budget and get the right partner

Budgeting for outdoor means taking into account seasonal price variations. One nice thing about billboards: Digital ad prices are growing rapidly while billboard costs remain relatively stable. A study by marketing analytics company AdStage found that in the first half of 2017, the average cost per 1,000 impressions on Facebook increased 171 percent and the average cost per click increased 136 percent. Generally speaking, billboard prices are not facing this kind of upward price pressure, and a good partner can get you the best deal possible.

The oldest form of advertising is still with us and will stay with us. Billboards’ limited real estate, physical presence and scale make them perfectly adapted to the fickle digital age, especially when digital and physical advertising play creatively together.

You can find the Adweek article here,

When Outdoor is More Than The Square Space