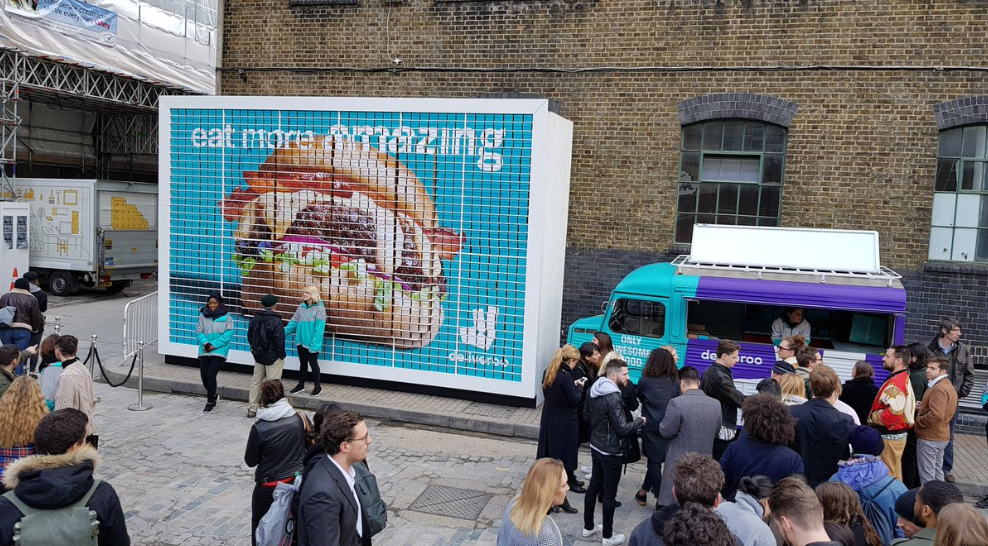 Online food delivery service, Deliveroo, built an experiential style ‘billboard’ out of hamburgers.
Using actual hamburgers from various burger joints they deliver for,  Deliveroo created an image of the world’s favorite meal, building out the sandwich covered display and giving them away. Over 2000 burgers were handed out.

Deliveroo, was founded by two Americans in 2013 and is a British online food delivery company based in London. Not yet operating in the US, it operates in two hundred cities in the UK, the Netherlands, France, Germany, Belgium, Ireland, Spain, Italy, Australia, Singapore, United Arab Emirates, and Hong Kong.

The promotion was created recognizing the number one delivered meal as the hamburger and also ‘celebrating’ the 10 millionth burger delivery. 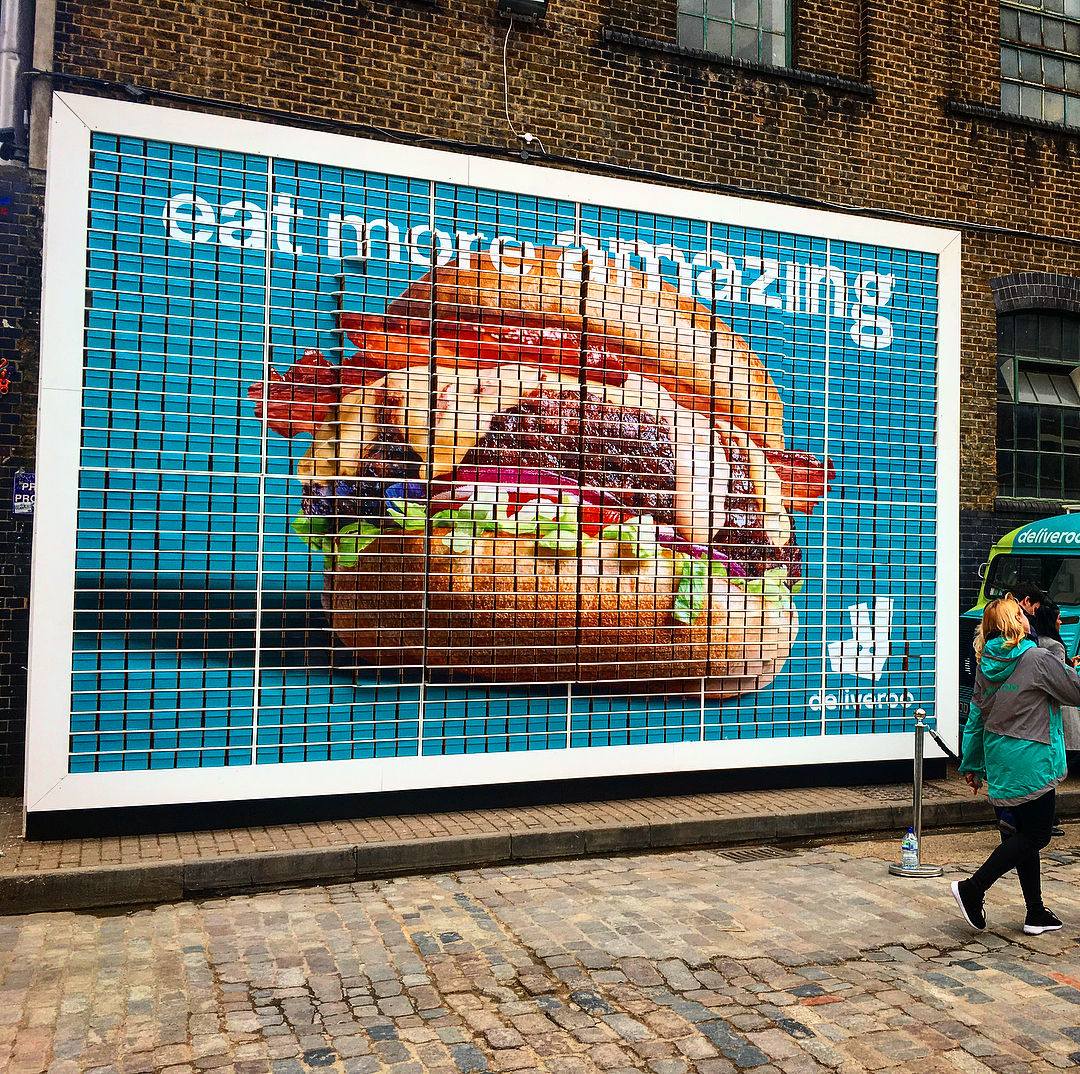