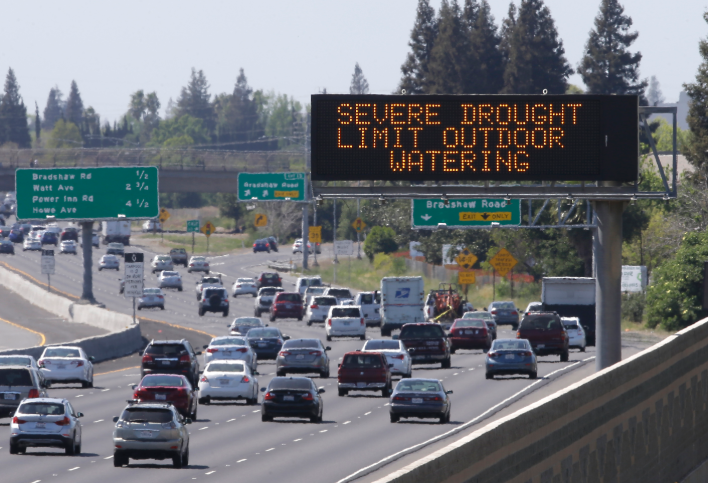 The Los Angeles Times reports an Out of Home “pilot program’ is to come before the California State Transportation Committee this Tuesday as a bill for consideration by the State Legislature.  The proposed pilot program is a master stroke of genius for OOH if passed.

The bill is sponsored by Democratic Assemblymen Kevin Mullin of South San Francisco and Rob Bonta of Alameda.  The law would exempt 25 digital billboards from the current state ban on such signs in public rights-of-way along freeways. Planned as a 5 year ‘pilot’ program to start, the results will determine future opportunities for more Digital Out of Home units.

Future opportunities, according to the LA Times, could amount to an additional 904 current signs operated by the State, as potential digital OOH advertising locations.

The program as outlined in California State Governor Jerry Brown’s administration report, would allow commercial ads on the 25 ‘exempt’ digital billboards to replace current message digital units operated by the state, in Los Angeles, San Francisco and Sacramento.  A Caltrans study was delivered to legislators last month.  The three areas were selected as “the highest three revenue markets in the State.”

The Caltrans agency’s 160-page report, says a successful test could result in commercial ads being extended to more of the 904 changeable message signs operated by the state. If CA state digital locations are anything like Virginia state digital signs I see in my daily travels, the change to private/public management would make for a superior improvement, starting with the fact many Virginia digital signs are not even operating.

On the other hand, how the state can legislate private OOH ownership out of business then years later turn around and legislate themselves right into the thick of OOH advertising, is a controversial conversation at best.

The OOH Industry, reportedly has spent $2 million lobbying in Sacramento during the last 10 years, while contributing $4.52 million to political campaigns during that period. The contributions include a combined $100,000 to Brown’s campaigns for governor from Foster Interstate Media Inc., Clear Channel Outdoor and Outfront Media.  Clear Channel and Outfront also contributed billboard advertising worth a combined $193,000 to Brown’s campaign for Proposition 30, the governor’s 2012 ballot measure that temporarily raised taxes on the wealthy.

According to the LA Times, supporters of the bill include Outfront Media and Intelligent Sign Network LLC, which has ties to Foster Interstate Media.

Tiger on the Streets in Philadelphia