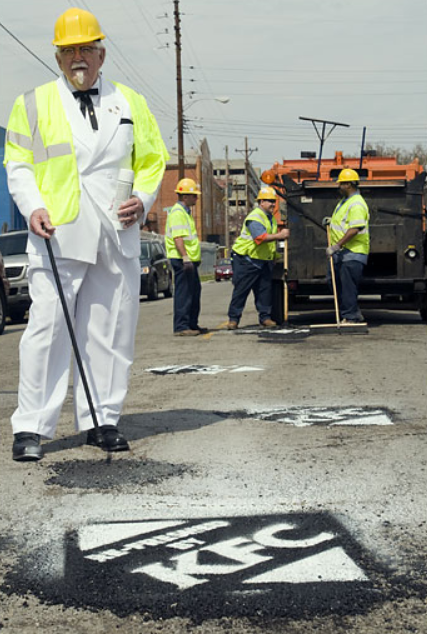 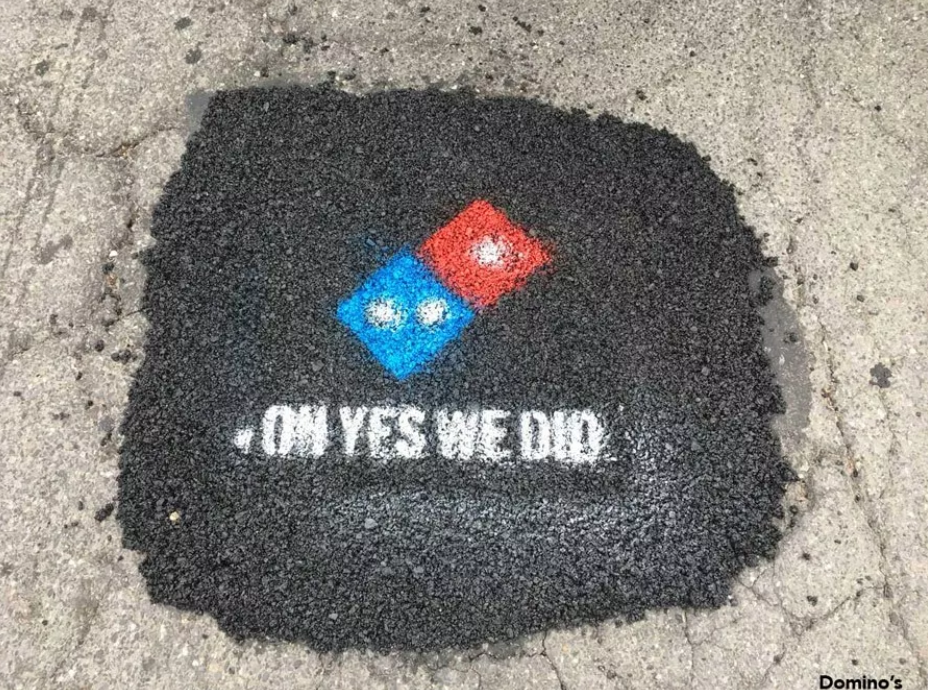 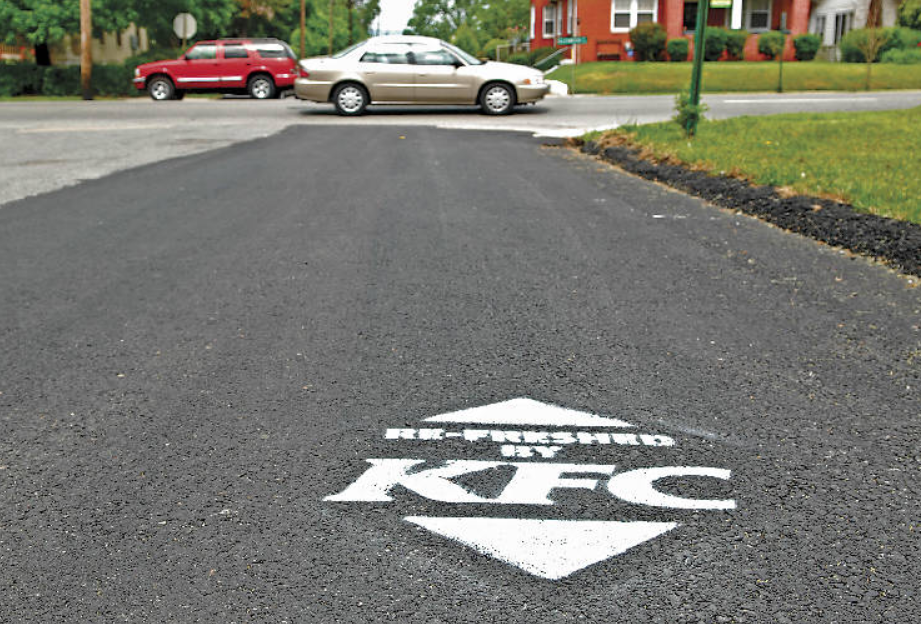 In 2009, Kentucky Fried Chicken selected five American towns to receive between $3,000 and $5,000 to fix potholes. Their fixed potholes also carried a KFC logo in chalk that washed away after the first rainfall.

KFC provided $3,000 to purchase asphalt, enough to cover approximately 350 potholes in Louisville. The potholes were then stenciled with a spray-on chalk message: “Re-Freshed by KFC.” In keeping with environmentally friendly practices, the chalk wears off with the first rainfall. 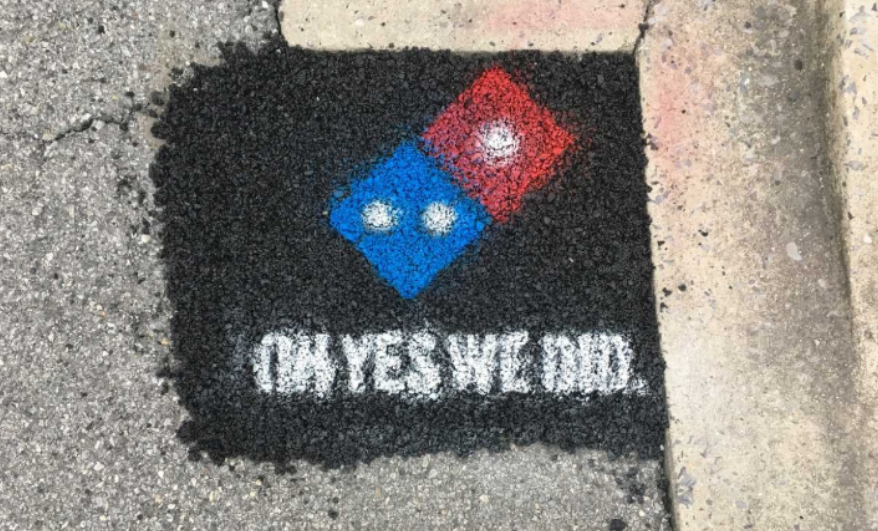 Domino’s tags every filled pothole with their logo and the tagline “OH YES WE DID.”  The pizza maker’s new slogan is, “Oh yes we did,” with images of its logo on dump trucks labeled, “Paving for Pizza.” The company plans to provide grants to up to 20 towns that need the work the most.

Domino’s customers can nominate their town for pothole repairs on the Paving for Pizza website, and if selected, their city will “receive funds to help repair roads so pizzas make it home safely.”

Interested in nominating your town?  See the rules here⇒ Rules for Domino’s Paving for Pizza 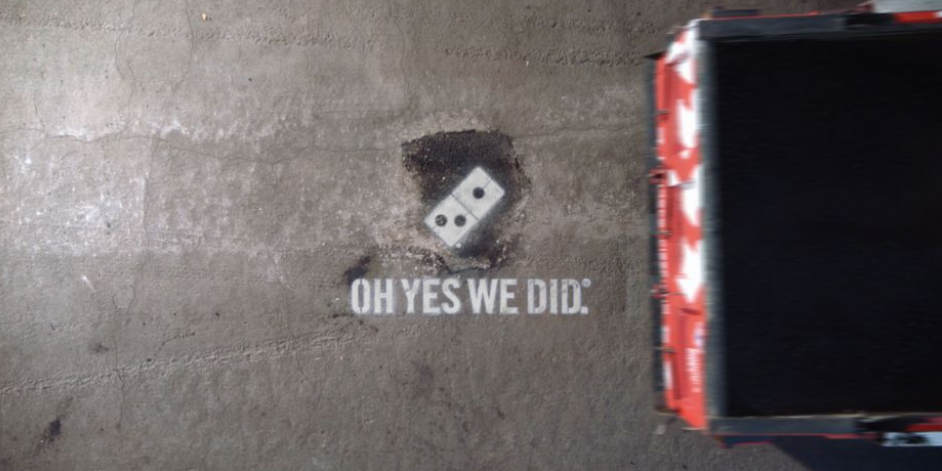 Moving In on the In-house Movement