Thank God and Nancy Fletcher, Billboards are Protected in America!

According to the South China Post, Beijing is removing what they are identifying as illegal billboards in citywide drive.  All reports say 27,000 billboards in the capital city are coming down. No reason why, other than the usual liberal outcry of billboard blight, unsightliness and to “tidy up the capital’s skyline.” Thank goodness we have the ever vigilant Outdoor Advertising Association of America and Nancy Fletcher, safe guarding our interests in Out of Home.  Click on the link, while you Thank God you live in America. China is taking down over 27,000 billboards.

Chinese propaganda?  In our research of the take downs, according to photos and news reports, we have discovered many of the ‘billboards’ appear to be what we call ‘on premise signs’ in the US.  Reports’ loose reference to billboards includes signs and channel letters on sides of buildings and rooftops, advertising businesses in the building.  So ease your personal mourning for the loss of 27,000 billboards. while there are billboards being removed, the numbers of actual ‘billboards’ appears to be exaggerated.

The sad irony for China is, while they are worried about the view of billboards in their skyline, they over look the fact, in certain times of the year which last for months, air quality is so bad, billboards could not be seen regardless of their presence.  Think about it.  The air pollution is so bad, they can barely see billboards.

Completely ignoring the most critical of concern with smog and pollution, which is being able to breathe. 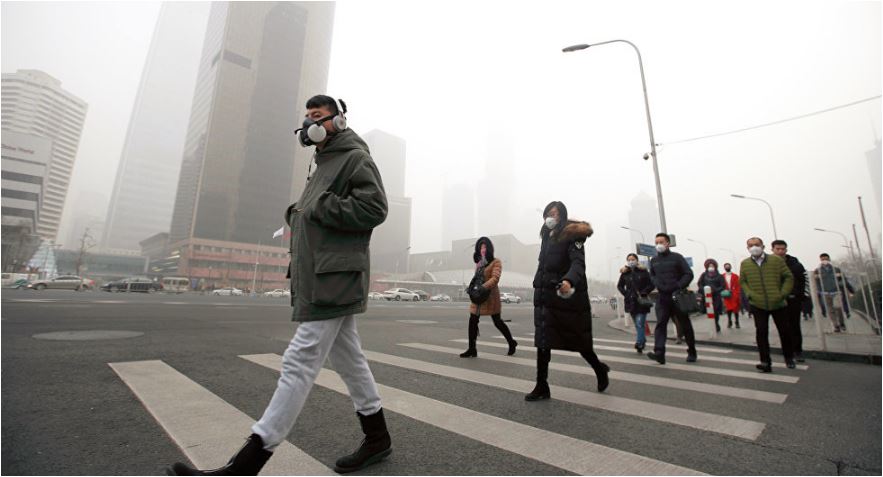 In the Beijing-Tianjin-Hebei region, average concentrations of small breathable particles known as PM2.5 rose nearly 20 per cent year-on-year to 85 micrograms per cubic metre from January to April, said the Ministry of Environmental Protection.

Air pollution kills 7 million people a year in the world.

I am willing to wager, OOH kills zero people a year worldwide.