OOO Automatic Reply: Hello, I am Currently Out of Office

Jarhead-ed in Austin and British Invasion 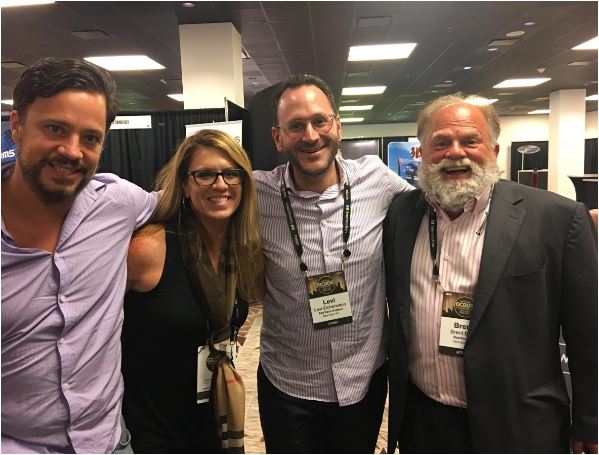 We thought about placing the OOO title above on our phone, email and take a few days off from the news/blog during the OOH Conference.  Instead we have found ourselves inexcusably late 2 of the 4 days.

Typically, in your inbox by 5 AM Eastern time, we apologize if we have been the cause for any irregularities for any of you, who literally may have encountered issues in your daily routines. (FYI, We have been told by at least a half-dozen daily readers their primary reading time of OOH Today is during their ‘Morning Glory’)  https://youtu.be/g79jlr3HU5Y  Be advised, NO BE WARNED, the video is full of foul language which some may find offensive.This scene, from the movie Jarhead, effectively defines our reference to ‘morning glory’.

As everyone knows, this was the week of the annual OOH Conference in Austin Texas. We have been in attendance right from the very start with Sunday morning’s arrival to the beautiful Austin–Bergstrom International Airport, which is a Clear Channel property. The CCO airport OOH space appeared to be nearly sold out. Both static and digital signage is well placed and very visible.  It is a vibrant airport whose internal OOH coverage is effectively placed and executed.

Our arrival time was a full day before the official Monday evening kickoff.  After unpacking the suit case, ironing my shirts and hanging suits in the bath room with hot water running in the shower to remove the wrinkles, I headed back downstairs.  In the main lobby bar, was OOH veteran, friend, new business director for Circle Graphics and special OOHToday.com contributor, Andrea Messimer.   Andrea was holding court with Radu Bogdan Savonea, CEO and Rob Dollarhide, CTO, TPS_Engageda.   TPS is a software platform for OOH. Others soon joined us, in what seemed like a ‘British Invasion’.

Sunday’s social start was unique, as I soon found myself with a group of 9 foreigners, drinking beer at the Four Season’s swimming pool. For loss of a better word, ‘foreigners’ defined as not likely anyone was an American citizen, not that it matters, they all were solid Out of Homers’ in their own right and from other parts of the world.  The majority were ‘Brits’, who are moving in or have already moved into the States and opened ‘stores’.

It is important to share where they are from to better relate the conversations and vision they have for buying and selling OOH in the US, as it is the model they have succeeded with in their ‘homeland’.  We will not share names at this point, because there was an individual who was very acute to any of his statements appearing in the press. He would probably respond to that last statement by saying ‘bullocks’.  Keeping it light for the moment, let’s suffice to say, the business model would be sea change in how OOH is bought and sold in the US. Of course, they are convinced it would be the best thing to happen to Outdoor since the invention of vinyl. We’ll see. For the record, I like this group and wish there were a way to spend more time with them. And for all of you reading, to have an opportunity to meet them as well.

Later that night, our host, Circle Graphics, and a group of about 25 met for an awesome meal at North Italia. I had the Squid Ink Mafaldine. It was a beautiful Austin night, sitting outside.  Some of the people we met for the first time were Marcus Danneil, GM for Mile High Outdoor in Denver and sales manager Nick Tabacchi.  Dan Dhruva, General Manager of Pacific Outdoor Advertising in Portland.

We’ll put this train back on the correct time track and be back to you at the crack of dawn again tomorrow.

We’ll try to better next time. 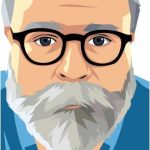 The Billboard Is Back?