It’s not every day the local television stations and newspaper come out in major support sharing a positive story involving Outdoor Advertising.  When the Billboard company does something smart, timely and charitable, resonating with members of the community, the ‘other media’ will knock down your door for an interview.

Marquee Media devoted space on 11 of its digital  billboards around the Sacramento area recognizing the City’s native and movie director, Greta Gerwig’s accomplishments for the Oscar Nominated movie “Lady Bird”.
Jeff Joaquin and Marquee Media’s commitment has found itself with firm community support behind the billboards, #SacramentoProud and Movie. The film has been nominated for five Academy Awards”

“Lady Bird’, was written and directed by Greta Gerwig, stars Saoirse Ronan as a Sacramento teenager trying to find her way out of California as she struggles with a strained relationship with her mother (Laurie Metcalf), her Catholic high school and her lofty aspirations. 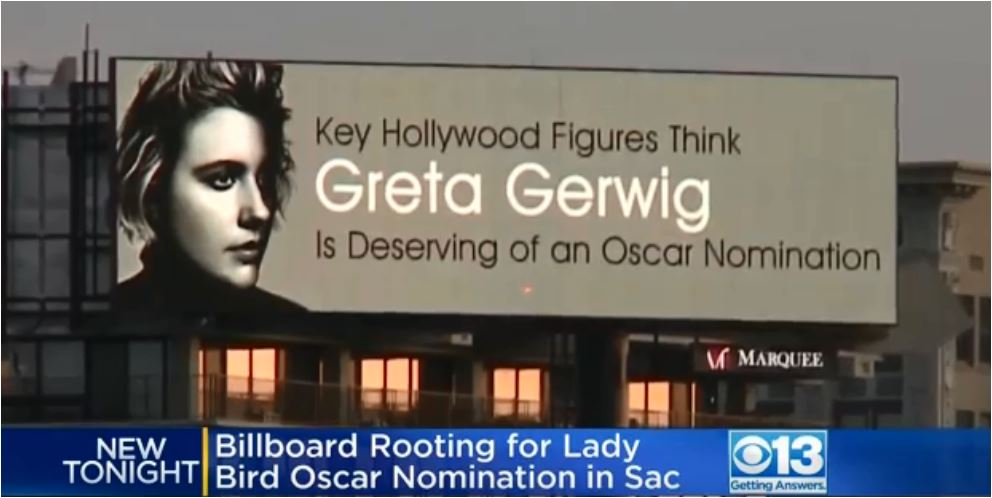