Where do You Hang the World’s Largest OOH Poster?

An 8 Ton Vinyl Doesn't fit in many places 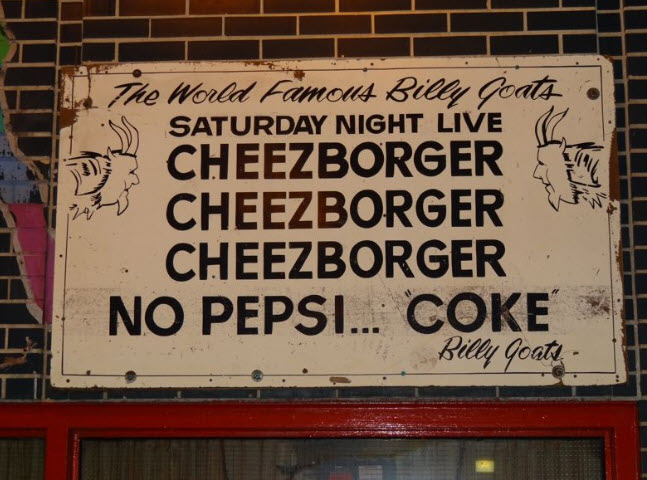 Eight Tons of OOH Vinyl is about 5 Acres

This story from Moxie (Zenith / Publicis Groupe) in Atlanta.

Working with client Arby’s, to announce Arby’s changing over from Pepsi to Coca- Cola.
Both companies are headquartered in Atlanta. Coke and Arby’s that is. What took so long for Coke to get this sold? and how surprising can that news be? Regardless, I suspect it’s a big win if you’re the salesperson who made that account happen.

Who ever orders a Coke, and like the great Saturday Night Live, skit of Billy Goats Restaurant in downtown Chicago, the waiter, says, “No Coke. Pepsi!”

If you don’t know what I am talking about, see the video below. If you do, revisit and make your day. It is still hilarious as it was the night it appeared! 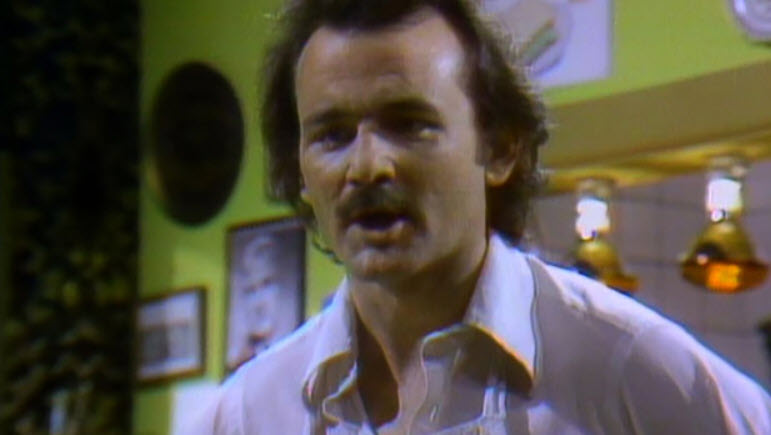 Does the person who orders a Coke or in this case a Pepsi, and they only have Coke products, and
says, “Nah I will only drink Pepsi. No Coke.” ??   Doesn’t Arby’s, (I have not been to an Arby’s in at least 20 years), but doesn’t Arby’s have self-serve like all the other Fast Food places?  They hand you a cup and you fill what ever is available?

Ok, what does the above story has to do with OOH is about as close to what Arby’s and Moxie did with their OOH execution. In other words, it’s a reach of the OOH imagination.

It’s another ‘one off’ of OOH buy.  I wonder if the budgets for the ‘one off buys’ are significant enough to impact several multiple markets if an Outdoor Campaign was made?  I understand the ‘one off OOH’ buy for the sake of generating social media, but does it really deliver what a ‘legitimate’ OOH buy would?

A Cost / Delivery analysis would be something I would like to see.

Back to the OOH story.

To announce the brand change of Pepsi to Coke,  Arby’s created an out-of-home campaign, if a one OOH placement in a city with the population of one can be considered a campaign, which broke a Guinness World Record for the largest advertisement, i.e. “largest advertising poster”. Zenith/Agency, Moxie created the stunt.  Which is a more apt description than an OOH campaign.

There is more to the campaign which includes going to Georgia Tech another Atlanta institution, and enlisting the University’s help in etch a message on a sesame seed.  Another Guinness Record. See example below. 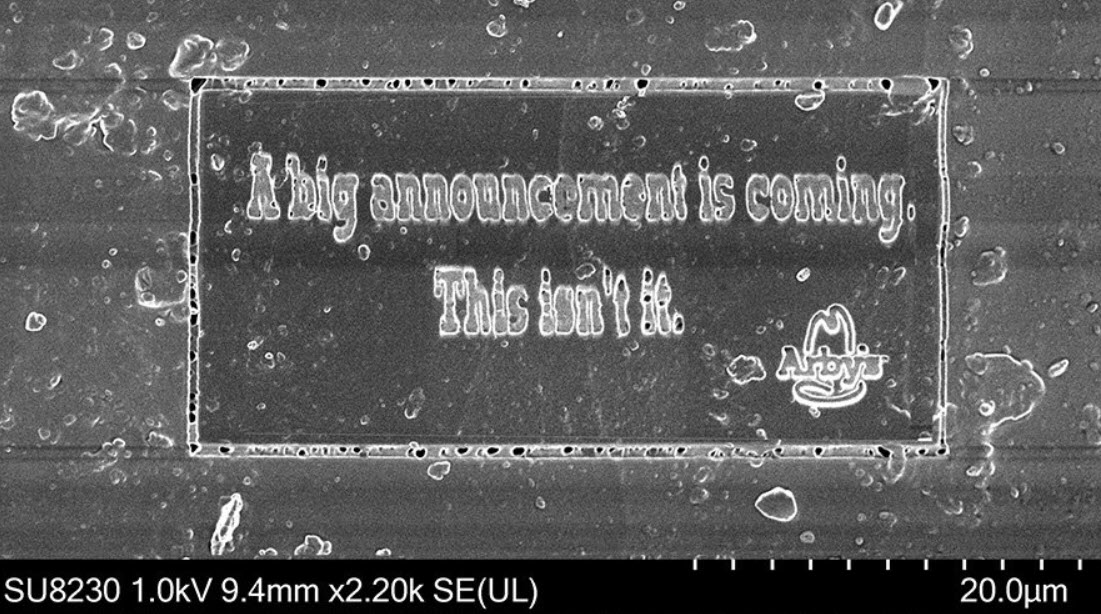 Moxie/Arby’s printed 8 tons of vinyl, nearly 5 acres in size and stretched the ‘poster’ in a field in the smallest town in the country, the small town Monowi, Neb., population 1. Monowi’s sole resident is Elsie Eiler, who serves as the town’s mayor, bartender and librarian. Eiler also stars in the brand’s “Big Announcement” ad.  I guess the ‘Big Announcement ad’ is on TV which must be where all the people who eat at Arby’s use media.

That outdoor spot—which simply reads “Arby’s Now Has Coke”—measures in at 212,000 square feet. Would love to know who printed that. Even at .50 cents a square foot, that’s an impressive $106,000 production sale. Shipping and handling must have been nuts. 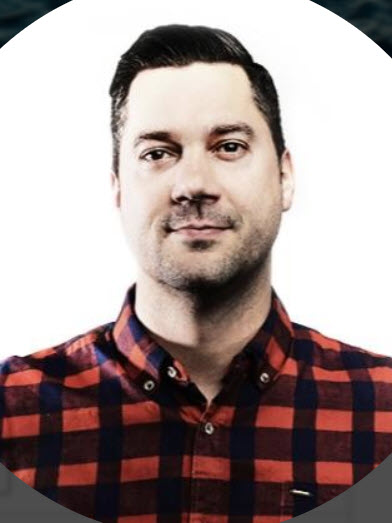 I’m excited to share a stunt and spot we launched this week for Arby’s. Arby’s announcing they were serving Coca-Cola products was BIG news from two iconic brands but we knew that with today’s distractions, even the biggest news barely gets noticed. So our creative leaned into an absurdly insane spectrum of scale to break through the clutter.  First we went small. We seeded the announcement by using nano technology to create the The Official Guinness World’s Smallest Ad Ever on a sesame seed (Get it?). It said “Something big is coming. This isn’t it” and we placed it in America’s largest city, NYC – so it’d seem even smaller.  Then we went big to pay it all off. We used 8 tons of vinyl (fully recycled later) and created The Official Guinness World’s Largest Ad Ever. We placed it in America’s smallest town – so it would seem even bigger and it proclaimed simply “Arby’s Now Has Coke.”  From 40 microns to 5 acres, the production was ridiculous in all the right ways. Beyond traditional social, the stunt and video have gotten over 130 earned media placements resulting in over 3.5 million daily media impressions and the engagement is still growing.

When you walk into any Arby’s location from here on out and order a soda, you won’t be asked if Pepsi is OK when you order a Coke. The fast-food chain has officially swapped Pepsi beverages for Coca-Cola products at all of its locations.

First, the smallest ad: When Arby’s was getting ready to tease the Coca-Cola announcement, the brand partnered with Georgia Tech’s Institute for Electronics and Nanotechnology to etch the words “A big announcement is coming. This isn’t it” on a sesame seed plucked straight from an Arby’s bun.

How did that become a world record? That particular ad measured 735.36 square micron in area, making it the smallest advertisement, per the Guinness World Records. If you’re in New York, you can check the ad out at the Arby’s on East 23rd Street, because the brand wanted to display the world’s smallest ad in one of the world’s largest cities. Smart thinking, Arby’s!

As for the largest, Arby’s went to the smallest town in the country to display it, landing the brand in Monowi, Neb., with a population of just one. Yes, Monowi’s sole resident is Elsie Eiler, who serves as the town’s mayor, bartender and librarian. Eiler also stars in the brand’s “Big Announcement” ad.

That outdoor spot—which simply reads “Arby’s Now Has Coke”—measures in at 212,000 square feet (that’s close to five acres, in case you were wondering).

For the Ad Age rendition read the link below