I Saw It On a Billboard 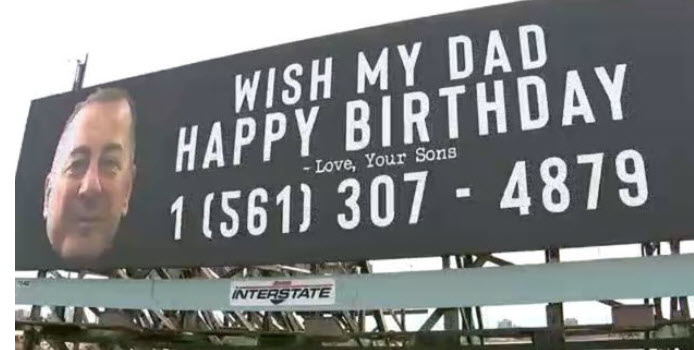 Sons, Michael and Christopher Ferry,  “We thought it was going to be a local joke, people would call,”  “I guess when we put it on social media, that’s when it really started going crazy.”

when we put it on social media, that’s when it really started going crazy.”

Dad’s face is on a #billboard, with the message, ‘Wish My Dad Happy Birthday.’  Listing his cell number, his phone has been blowing up.

Between texts, calls and messages online, he’s received thousands of birthday wishes and is recognized when he goes out. “I’ve received texts from all over the world, as far as the Philippines, Kenya, Luxembourg. It’s been crazy.”

Not crazy if you know #OOH.

What’s to Become of the Static Billboard?