The median base salary for salespeople in OOH

Show me the money! Show you the money!
SellerCrowd, a media seller data company, released the results from their 2022 survey that collected compensation data from 1,628 media sellers across the entire advertising field. Included in the data from SellerCrowd is revealing information on the base salaries, commissions, and sales goals of salespeople in the OOH industry. The data was collected from over 250 salespeople all across the OOH and provides beneficial insight into the current state of sellers in the business. Let’s jump straight into the analysis of the facts. 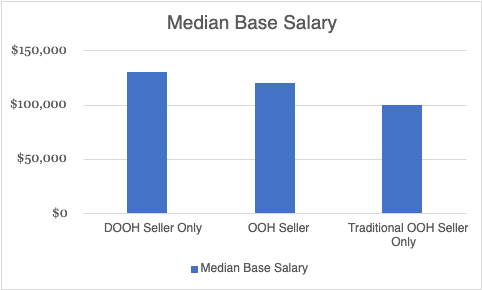 The median base salary for all salespeople in OOH in 2022 was $120,000. The median on-target commission earned – meaning the payment received if a seller meets their expected sales goal – was $102,000. Piggybacking off of this, the sales goal for each seller had a median of $2,500,000. Combing the base salaries and commission received, the median total compensation earned for an OOH salesperson who met their sales goal was $212,000. Going further than this, the data becomes more telling when the ‘OOH salesperson’ demographic is split into two smaller demographics: DOOH salespeople and traditional OOH salespeople. 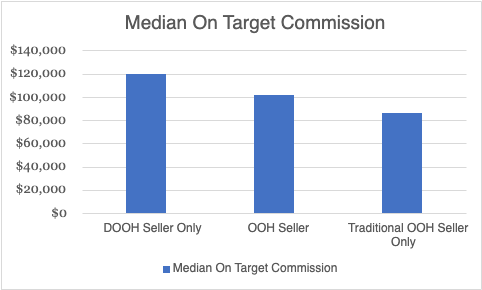 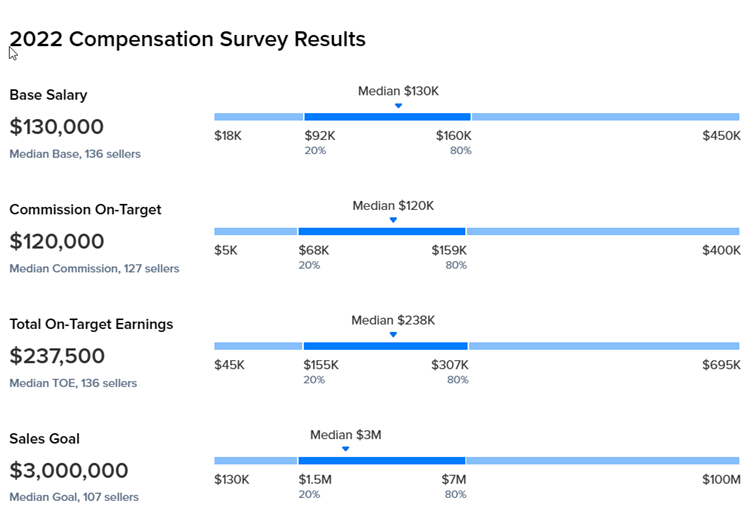 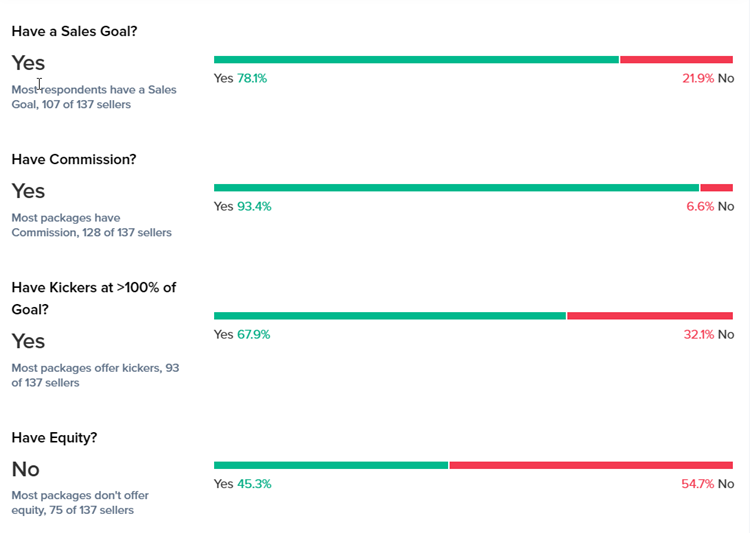