Great observations by OAAA, Comm Sr. Director Nicole Randall. We have a few questions.
How much of the record political spend is in OOH?  How does the Industry create ‘national political buys’ Country wide? Is political strictly a ‘local sale’?  As a sale, what are the key selling points to win political spending?

According to data published by Advertising Analytics, about two-thirds of the presidential ad spending will come from President Trump and the Democratic nominee during the general election, while the remaining one-third, or roughly $917 million, will be spent during the primary. That’s a 71 percent increased compared to the 2016 presidential primary.

Examples of current political OOH in the market:

I am a progressive, and I’m not apologizing for it.

I support Single Payer Healthcare, and I’m not backing down.

I believe Climate Change is a crisis, and I’m going to do something about it.

Progressives, are you in? Donate Here: https://secure.actblue.com/donate/kimberlyforiowa … 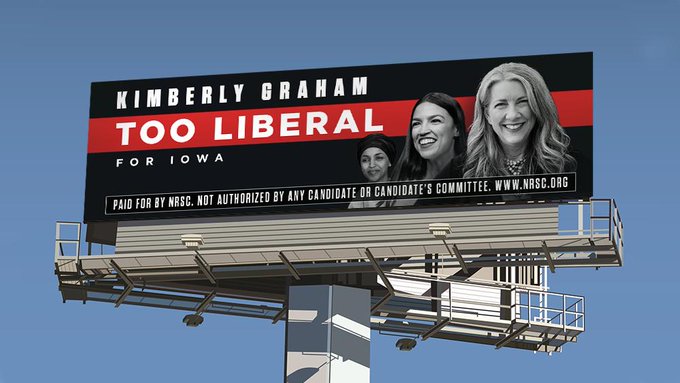 As political ads ramp up, OAAA posted a series of favorite political OOH examples over the years.

Voters face a big election in 2020. Experts predict record ad spend as campaigns and candidates make plans to promote their views. Take a look at our favorite #OOH examples