Who owns the public space? 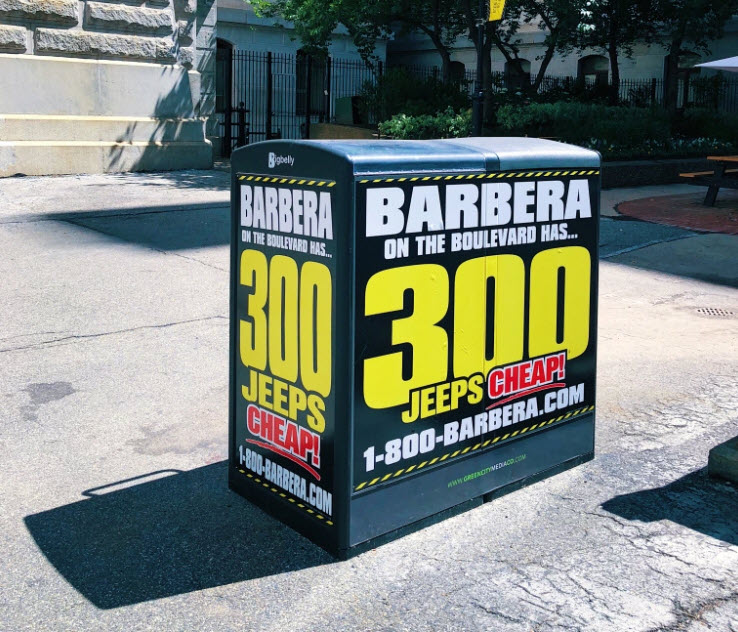 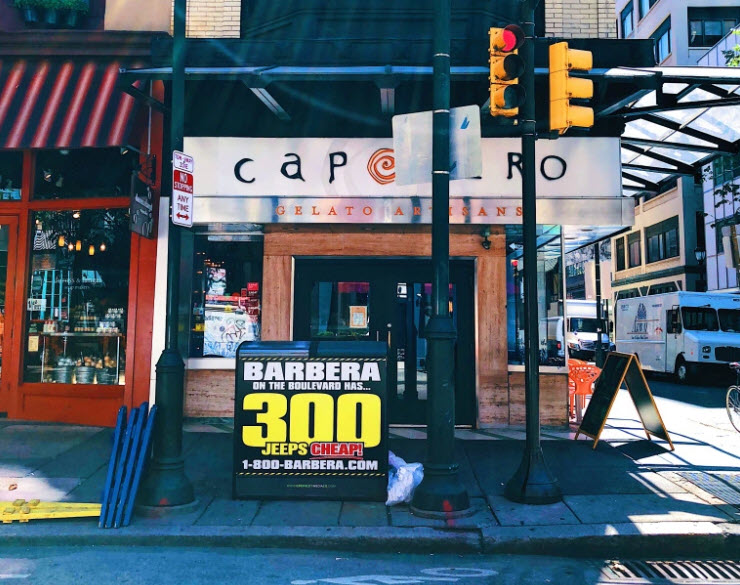 According to the vocal group against, “Cheap Jeeps” were everywhere for local Philly car dealer, Barbera.  Community perception as one might imagine, was not positive.  Then street art took over. Called the ‘Trashcan Takeover’, the Solar Recycling Kiosks, owned by Green City Media, received calmed acceptance.  #TrashcanTakeover was the idea of Brendan Lowry via his creative consultancy, Rory Creative.

Who owns the public space?

Taking back the public space with 18 local artists, health club, City Fitness put up the cash to buy a month of the ‘recycling kiosks.’ It is currently viewed as a temporary solution with the art intervention that’s replacing 18 Center City ‘Cheap Jeep’ ads with art from local artists. The organizers hope to continue the program by finding other companies who might fund the ‘TakeOver’.

What is your reaction? If the ‘Cheap Jeep’ design were ‘less flashy’ would the public outcry have erupted?  Should the OOH company have been more cognitive of the potential problems and taken more care in the car dealer’s design?

What is your reaction? If the Cheap Jeep design were ‘less flashy’ would the public outcry have erupted?

About the Recycling Out of Home Company.

Green City shares that “the wrap-around branding stands out on crowded streets and is visible to both pedestrian and vehicular traffic.”

Green City partners with municipalities, public authorities, business improvement districts, and the private sector to provide environmentally responsible waste management and recycling solutions which are funded through advertising and sponsorships.

See photos of the artist works on the ‘Trashcans’ below and click on the Link⇒ TrashCan TakeOver  from StreetsDept.com  to see all 18 unique ‘recycling kiosks.’   ‘STREETS DEPT,’ by Founder/Editor: Conrad Benner, is a photo-blog that discovers art on the streets of Philadelphia.