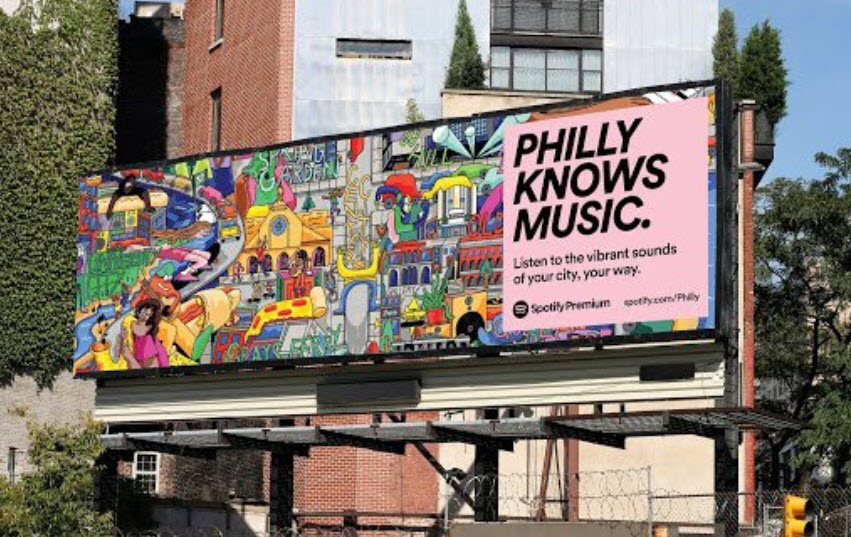 The  Geopath  team recently released two OOH spending reports with data  sourced  from Kantar, covering second quarter  spending, as well as a report covering spend from  January-June.  Both  reports are  available to our members via the  GeekOut Library.

For  today’s Fast Fact Friday, we  are  continuing  our  series  examining the top OOH spenders in  DMAs  across the country. This week, let’s  head out to the fourth largest DMA in the country; Philadelphia. We will not only look at which advertisers and industries are spending within the market, but also  highlight  any changes  from the first to second quarter.

According to Geopath Insights, there are 18,550 roadside and place-based units measured by Geopath in the market, so it will be interesting to understand which brands are utilizing OOH to reach  their audiences in ‘City of Brotherly Love’ and surrounding areas.  With that said, let’s take a look at who is spending in the market! 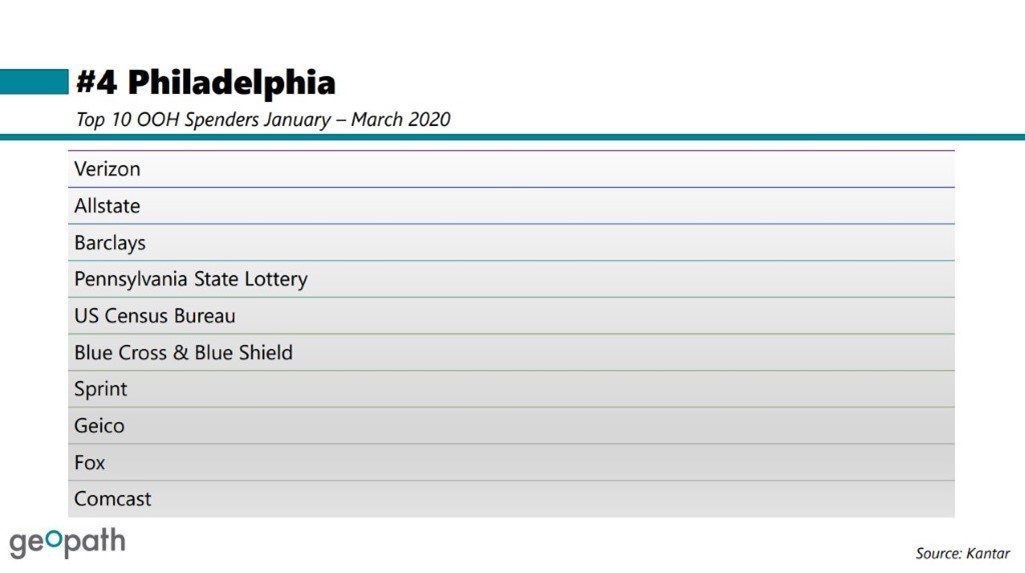 From January until the end of March, the top spenders  were mainly from the Government, Insurance, and Communications sectors. Additionally, the  Financial  industry  was also represented, with Barclays  holding the only position on the list from this sector.

With the onset of travel restrictions and other COVID-19 implications, OOH spending in the second quarter changed. Although some of the top OOH advertisers from the first quarter are still spending,  other brands  have  emerged  on the list of top spenders.  See below for the  top ten spenders in the DMA for the months of April through June. 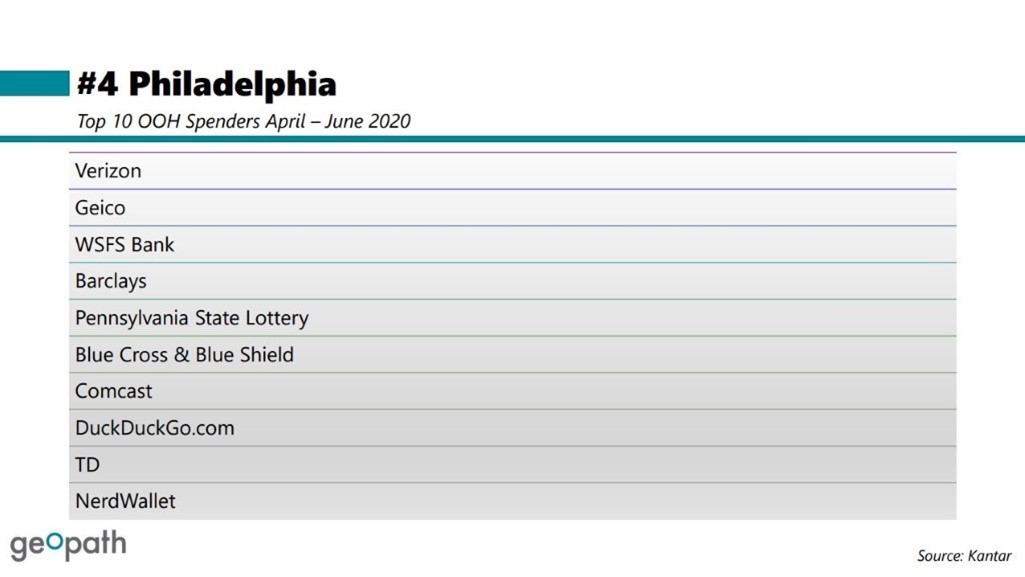 During the second quarter, it is interesting to note Barclays is no longer the only institution from the financial sector that holds a position on the list. From April to June, WSFS Bank, TD Bank, and NerdWallet all made leaps onto the list. In fact, WSFS Bank not only spent enough to appear on the list, but take the third top spender position for the market in this quarter!

In terms of other new arrivals, DuckDuckGo.com, the search engine that emphasizes user privacy, also spent considerably in Q2, moving onto the eighth spot on the top OOH spender list.

Although Verizon continued to hold the first position, many of the other companies switched spots. Geico jumped up from the eighth spot to the second, and the Pennsylvania State Lottery dropped a spot down to the fifth position. For the Media industry, Comcast moved ahead to the seventh spot, while Fox fell off the list from the previous quarter. Additionally, the US Census Bureau did not make the cut in Q2, and Blue Cross & Blue Shield continued to hold the sixth spot in both quarters.

To access the OOH spending reports for your market, or any additional research resources,  members can access the  GeekOUT Library  by using their current  Geopath  credentials.

If you have any questions pertaining to OOH measurement or research,  please feel free to reach out to your friends at  Geopath  via  geekOUT@geopath.org