It's Not a Good Thing or a Bad Thing but It Is an OOH Thing —What makes you an expert? 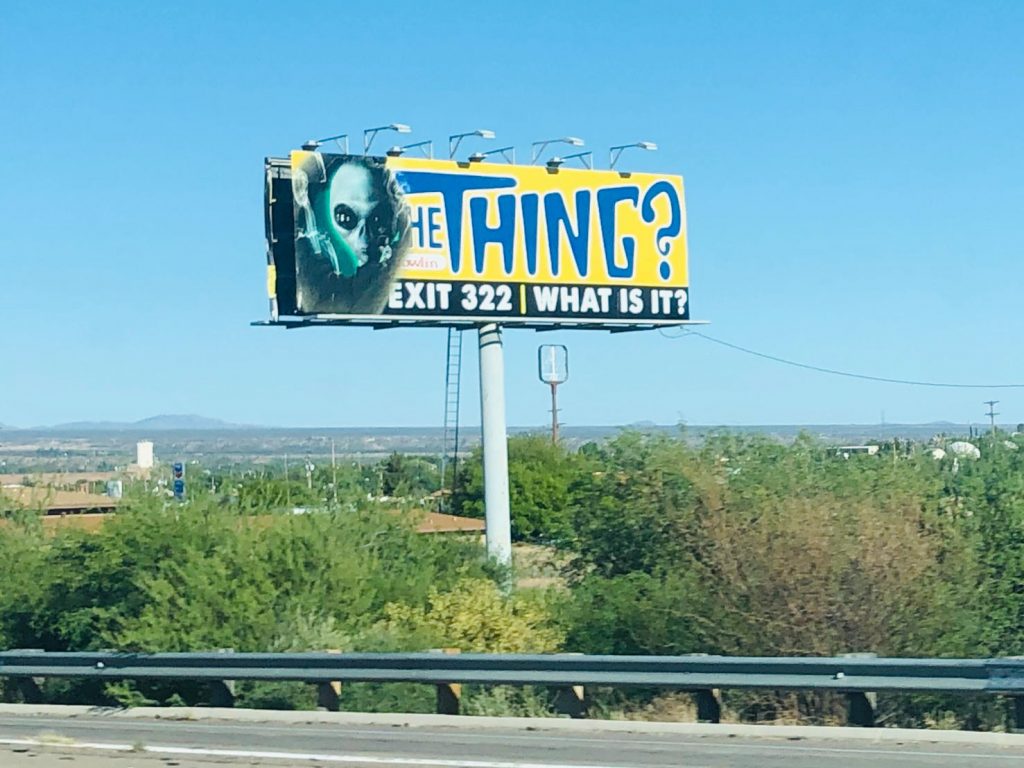 I received the press release below the other day and like 99.9% of them, I read through it quickly for a ‘smell test’. If it gets past the initial filter, move to ‘further review’, vetting the company, personnel and experience in … Out of Home. This came under further review.

You have heard me from the past complain about the ‘snake oil sales man and unsavory companies who have infiltrated our Industry. Some more deeply and successful than others. Hey, I love OOH as much as the next guy, but beating your drum how much you are an expert in OOH with little to no expertise, is only effective for those with out a clue what a good beat actually is. We all should ask, ‘What is your experience in OOH?’  Who did you work for? Who did you train under? Who is mentoring your development? What makes you an expert?

Ok, I got off course here. Just a little.  For the record, let me say I do not believe Colling Media is selling snake oil. Far from it. They have shown some experience in planning and placing OOH. They are not an unsavory company. Also far from it.

What I am concerned about are five things brought out by and in their release.

One. Colling’s post appears to say ‘digital billboards are a game changer.’  Or saying it is programmatic that is the game changer? Arguably the first digital OOH display appeared about 15 years or so ago. Not so new

Two. Colling appears to be ‘excited about programmatic’, also not new, but very much still in the adolescence stage of development with an abundance of companies beating their drums about programmatic. Still less than 2% of OOH revenue. Has Colling developed their own programmatic software or are they using someone else? There are white label opportunities which lend themselves.

Four. ‘The ability for DOOH to track conversions and prove an advertisement’s attribution is revolutionizing our industry’. Good point but it is also true of static billboards

Digital billboards, you know those billboard displays with 8 shared segments with 8 other brands sharing the time and impressions?

Traditional static billboard structures outnumber digital large format/ traditional displays by a long shot. Static isn’t going away. They just aren’t moving as fast (up or down) as digital. Ask your OOH vendor partner this; When Covid hit and cancellations occurred in March, April, May, which format was cancelled or moved more? Static? or Digital?

Five: What I call, OOH pedigree. It’s pretty simple as mentioned at the beginning of this opinion piece,
What is your experience in OOH?’

The press release from Colling Media is below. The bold is OOH Today’s.

Agency Leads the Movement Away from Static Billboard
Marketing Messages

“This is a game-changer,” says Brian Colling, CEO of Colling Media. “It’s not an exaggeration to say that programmatic-purchased digital out-of-home advertising (DOOH) is one of the most exciting, effective, and measurable media channels to come around in a long time, and we’re among the first agencies to make it available to brands. Digital billboards are more than those seen along a street; we can buy almost any digital screen for our clients, including in-store kiosks, airport signage, and screens on gas station pumps. Programmatic data targeting allows us to access digital screens tailored precisely to a brand and its specific audience. But the big news is that out-of-home advertising, and especially digital billboards, make a big difference in brand awareness, conversion, and consumer behavior—46 percent of U.S. adults use a search engine to learn more about a brand after seeing an out-of-home advertisement.”

“Traditional static billboards have long been a staple of promoting brand awareness of visibility. Still, they are resistant to being measured in a way that proves a quantifiable return on investment (ROI),” says Jordan Schuster, Colling Media’s Director of Performance Marketing. “Digital out-of-home placements offer technology that can capture important audience data, and it can track consumers exposed to outdoor signage to an online or in-store purchase. The ability for DOOH to track conversions and prove an advertisement’s attribution is revolutionizing our industry.”

About Colling MediaColling Media, based in Phoenix, AZ, is a full-service national digital advertising and marketing agency specializing in advertising branding and strategy, digital and traditional advertising, media buying, paid search, lead generation, content marketing, and SEO. More information can be obtained at www.collingmedia.com and by following the company on LinkedIn