OOH people lead the way— Be the first to send your congratulations!

OOH Moves Today
55—Hires and Promotions
Employment and Promotions Continues Growth
—OOH people lead the way
Be the first to send your congratulations!

OOH Today keeps you up to date with a summary report, every Friday of all the people moves including
new hires, promotions, board appointments, in Billboards, Brands, Agency,
OOH planning and buying services, OOH Providers/Sellers and more.

Congratulate Jessica Moore for starting as Director at Helen Moore

Congratulate Kate Bishop for being promoted to Executive Director at Forbes

Congratulate Brad Galorenzo for starting a new position as Sales Director at Ubimo, a Quotient brand

Congratulate Mike Ellman for starting as CEO at THE GALACTIC MINT INC.

Congratulate Larysa Chaplin for starting as Marketing Director at Vacancysoft

Raleigh, NC—Aaron Guyton has been named Vice President at Douglas Displays. Guyton, who was tapped in 2019 to lead the organization after the retirement of industry veteran Cathy Loftus, has significantly restructured the organization’s standard operating procedures. These changes have led to increased client satisfaction and overall revenue growth.

Guyton came to Douglas Displays after more than a decade of service at Fairway Outdoor Advertising where he held positions in sales management and leasing.  He also served for many years as the Director of Government and Public Relations for the fourth largest billboard company at the time and represented many industry related issues at the general assembly.  He has served on the North Carolina Outdoor Advertising Association and has been a contributor to OAAA publications.

“We are experiencing a season of revival as an organization,” said Aaron Guyton.  “Coming from the billboard plant side of the business has changed perspective and the way we craft client campaigns at Douglas Displays—we are coming to market with a focus on asset distribution and flexible scheduling this provides a huge benefit to both the client and the billboard companies we utilize.” 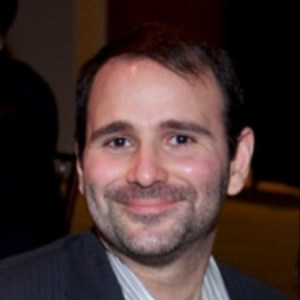 Stephan has worked as an equity research analyst for the past thirteen years covering the technology, media and telecommunications (TMT) sector, with a specialty in the out-of-home advertising industry, including OUTFRONT Media. His recent role was as a Senior Vice President at Loop Capital, and prior to that, he was a Vice President at Wolfe Research. He spent the first ten years of his career at Wells Fargo, rising to Vice President on an industry leading TMT equity research team.

David Wolotsky has been an established professional in Out of Home for the past 40 years. He is a legend, a leader, a friend to the industry and to many of you in OOH, in Washington, DC, and beyond. As David retires from OUTFRONT and his media days, he reflects on how much the medium has changed, yet how impactful out of home remains.

From his early days in the 80’s, OOH was a simpler business with traditional and transit assets. David believes “the wonder of OOH is that it constantly changes with the times. He reflects how the media evolved from signs to experiences and how the laws changed as well. Big OOH categories such as tobacco and alcohol were no longer permitted, but the industry established new verticals that found a home in outdoor and continue to lead today. Top out of home legacy categories including entertainment and auto, now sit alongside Big Tech, DTCs, and Streaming Services who trust out of home to build their brand and drive action.

Throughout the past 40 years, David has built campaigns and brands alongside major clients including GEICO, UMGC, The Kennedy Center, The Washington Post, MedStar, C-Span and many more. He proclaims that OOH provides a high frequency targeted message that cannot be ignored.

“When an advertiser tries out of home with the right location and message, we keep them as clients for the long run,” David states. “These successful businesses understand the benefits of the medium and know it’s a necessary part of the media mix.”

In more recent years, technology has fueled the industry, from data and insights, to mobile technology, and programmatic. David believes as methodologies evolve, Out of Home will continue to be the powerhouse of mass reach with the efficiency of targetability fueled by data.

As David takes a much-deserved retirement from an industry that has become a large part of him, he will take the power of out of home and the impact of the industry along with him.

“We bring life, knowledge, and high-level creativity to the urban centers, suburbs, and rural areas of this country, David states. “Out of home is a growing industry and is the powerful reach workhorse of every dynamic campaign.”

Help us Help You by keeping the only Independent Voice for OOH.
Billboards and Out of Home. Please subscribe it’s still free. ⇒Subscribe to OOH Today

“Geopath Member Survey – Help us define our strategic vision for 2022 and beyond.”