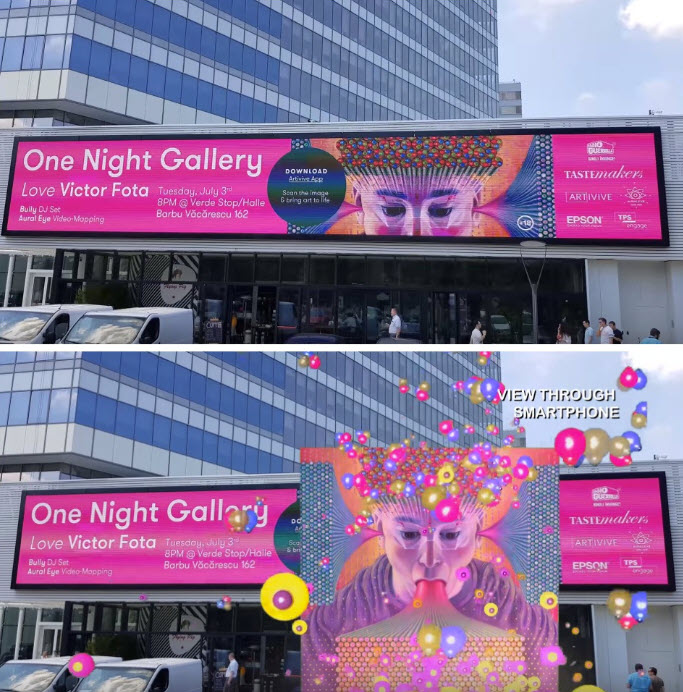 TPS Engage and Artivive + One Night Gallery with Victor Fota 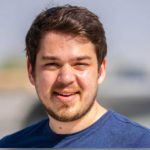 Art, for those who are not directly enthusiastic, is something quite inert and boring. A lot of the tech community, at least, is not attracted to this topic. The key question was how can we draw the attention of a disinterested public to (yet) an art event in Bucharest?

Everything left from the works created by Victor Fota, the artist presented at the sixth One Night Gallery. Without the exhibition itself, we would not have had the “raw material” for the digital outdoor.

Unlike static content, where the image is always the same, the digital screens run in “loop,” and the content is constantly changing. The augmentation had to keep in mind both the surroundings and the content on the screen, and Artivive managed to integrate in an exceptional way.

TPS Engage worked with Artivive to find the ideal version, an animation that’s as natural as what you’ve seen on the screen. Plus, we did not want to make a project just for the sake of technology, but be part of the story Victor was saying at One Night Gallery.

In addition to the One Night Gallery exhibition, which was expanded almost entirely, the Globalworth screens on Barbu Vacarescu and Floreasca Calea had both a customized version.

We do not know the exact number of “hits,” because the scans were corroborated with those at the show, but we know that over 81,000 people have seen the outdoor with One Night Gallery, if we speculate that only 0.5% of them scanned, it means over 400 of people, which would mean 25% of the audience present at the event.

A Billboard Blockade that Works!

Obsess Over the Right Data Then Execute Relevant Creative Content