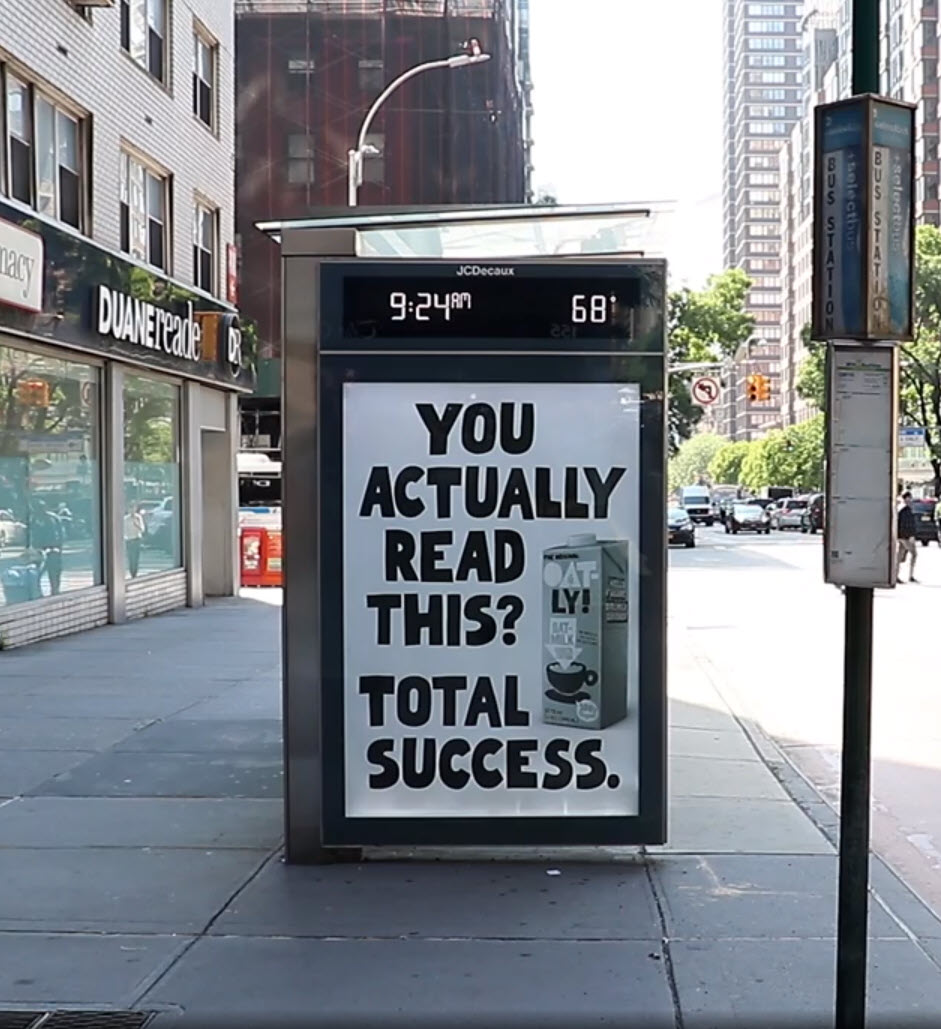 Bring in the Cows

Oatly first came to our attention with their OOH buy in the UK, October last year, after receiving the ‘sour milk award’ from the home country Sweden (No Virginia, there is no ‘sour milk award’). It seems Oatly is not considered as wholesome as Swedish Meatballs in Sweden. The Swedish Dairy Association sued Oatly.

We posted about it then, our OOH Today post ⇒ It’s Swedish, It’s Like Milk and It’s OOH!

Knowing full well it was only a matter of time the Oat milk-like drink, would make its way to the US, it recently arrived in Chicago and NYC.  Not much has seemed to change. It’s still Swedish, milk-like and uses OOH.  And I am still not trying it. 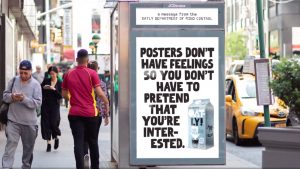 EXCEPT, some how, in the trip across the Atlantic, someone forgot the basic rules of OOH. Granted, the Rule of 6 words or less, may be overlooked to some extent on street furniture than more traditional Outdoor, however, too much copy, is, too much copy. This is too much copy.

Finally, the bigger miss, is the message emphasis on the OOH format and not the product.  Thank God I don’t write copy for living, because all I have is; ‘Tastes great. Less Filling’. ‘Field tested’. ‘No cows were abused’. I know weak. But try this next idea.

A perfect spot to bring in the Chick-fil-A cows who were Holstein Friesian milk cows and obviously not chickens. Oatly could muster up some Black Angus beef cows, known for meat.   Imagine the irony.

Is this good creative? A buy is only as good as its creative. 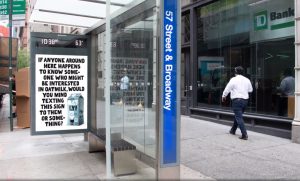 Here is what JCDecaux AE, Adam Lopez, has to say.
“Oatly has some fun things to say to New York and Chicago…and they are saying it in the most obvious way possible with JCDecaux Street Furniture! If you have not tried it, you’re really missing OAT! Great planning and execution by the team at Outdoor Media Group (OMG) – Joo Han and Stephanie DiMaggio”

The Bus Shelter Door to Assault and Battery