OATLY is Back BIG, in OOH

OATLY is Back BIG, in OOH
The OATLY Curve —10 Markets Wide

I have been receiving a number of photos and comments on a new campaign in NYC and other markets, namely for OATLY.  OATLY is a vegan food brand from Sweden which produces alternatives to dairy products from oats.

We will remind you, very early on, (October 23, 2018) we highlighted their campaign and recommended you call on them, It’s Swedish, It’s Like Milk and It’s OOH .  So who made the call?

If you have been reading OOH Today for any length of time, you will know we were not a fan of the Outdoor Advertising OATLY had last placed on the streets ⇒ OMG! Oatly Misses the Message  (Yes we know, the OOH community is supposed to support all brands using the medium and always speak highly of any business which advertises with us and even give it creative awards whether the creative is any good or not). You know we don’t roll that way. Which makes the next comments even more persuasive. 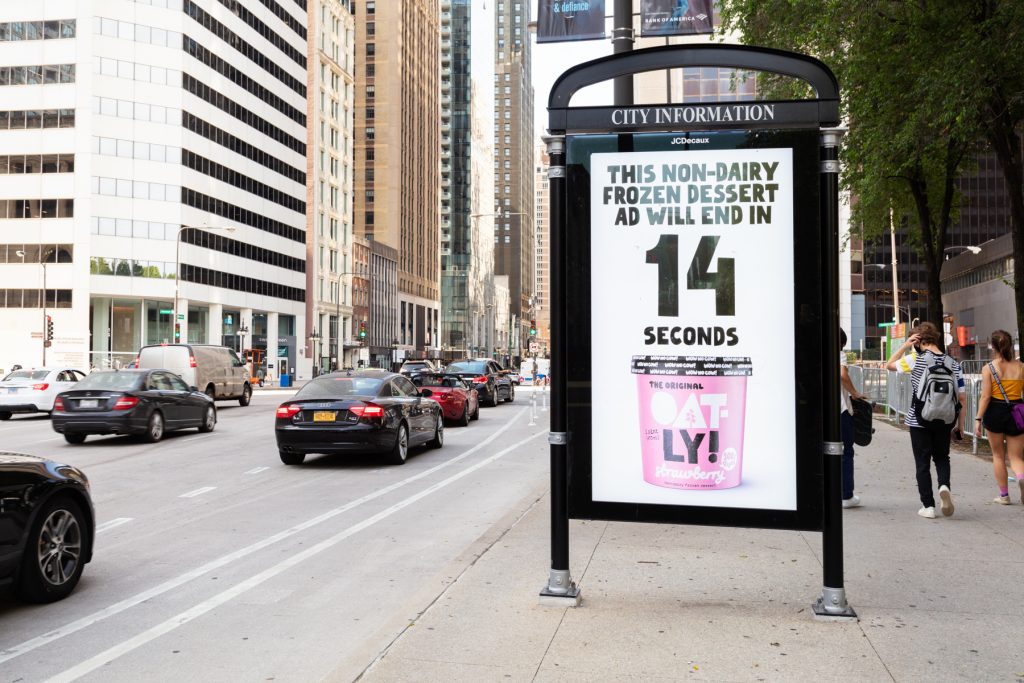 The recent photos and comments coming our way leads us to a 180 pivot.

The ad messages possess the basics ingredients of strong Out of Home. The creative scores an
OOH Today rating of ‘9 out of 10!’  We are giving it the proverbial, ‘Two Thumbs Up!’

We like the new creative!  So much so, we are even going to give the product a try. But to heck with all that. Here is what we know about the current campaign and 200 million reasons why we believe they’ll be back in the near future.

While we have not received any official word about the campaign; based on emails and social media received, the OATLY OOH buy appears to be a sizable one throughout NYC and based on photos and comments, it is in at least 10 markets with the Big 3, and JCDecaux, Intersection, LURE and others. 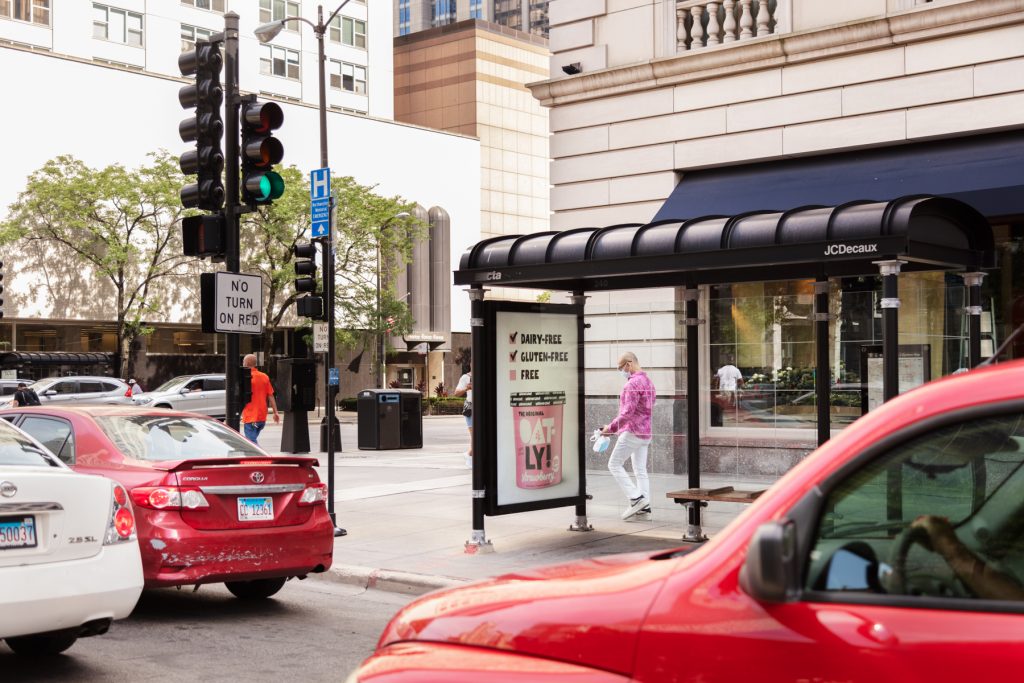 We are seeing a load of frequency OOH formats: Buses, Shelters, Kiosks, Digital OOH and of course, large format in top markets. Some designs are to promote their ‘Frozen Dessert’ product and some to introduce Oat milk, which appear to be in markets where consumers were not exposed to their OOH programs which ran last year.

Thank you to those who contributed the photos and comments! We’ll keep all of you anonymous,
as promised.

In addition to the OOH buy, other news for OATLY, is they received a 10% equity investment of $200 million from Blackstone with star quality investors which includes Oprah Winfrey, Natalie Portman, Jay-Z, and Starbucks’ founder, Howard Schultz.