No matter what you call it, it translates to potentially big dollars for OOH!

Learn the ins and outs of Outdoor Advertising and Cannabis with the Outdoor Advertising Association of America’s Executive Vice President, Government Affairs, Ken Klein.  Ken will be the first to admit he is no Dr Atomic but he knows Outdoor and his article below will bring you up to date with a ‘Growing OOH Category.’ 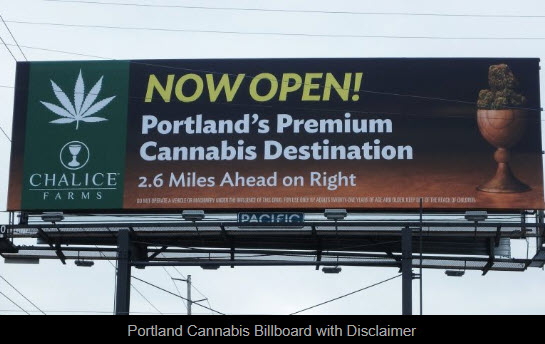 Thirty states and the District of Columbia currently have laws broadly legalizing marijuana in some form, led by Colorado and Washington State in 2012. The first retail shop in Washington State opened in mid-2014.

Overall spending on legal cannabis in North America is projected to grow from $9.2 billion in 2017 to 47.3 billion a decade later, according to research published by Forbes. The recreational cannabis market will generate two-thirds of the spending; medical marijuana accounts for the remaining 33 percent.

By 2016, cannabis was the fastest growing category in the Seattle OOH market, which spans Olympia and Bellingham, says Korbe Palmer of Lamar Advertising Company. The cannabis category now generates nearly 8 percent of Lamar’s sales in that market.

cannabis was the fastest growing category in the Seattle OOH market, and now generates nearly 8 percent of Lamar’s sales in that market.

The ad scheme for cannabis borrows from marketing protocols for other highly regulated products alcohol and tobacco.

The National Association of Cannabis Businesses (NACB) pushes self-regulation. Launched in 2017, NACB is led by president Andrew Kline, who served as an Assistant US Attorney and a senior advisor to Vice President and then-Sen. Joseph Biden (D-DE). 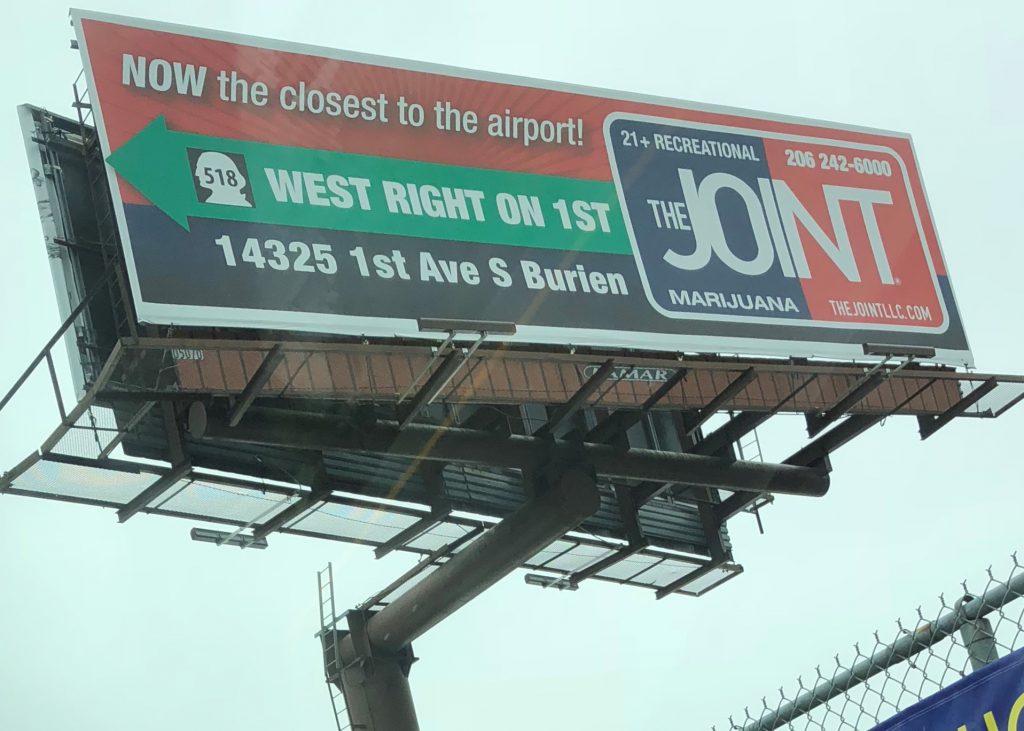 A year ago, Albuquerque rejected a medical marijuana ad on city buses. In November, the San Francisco Municipal Transportation Agency voted to ban recreational pot ads on its buses. Cheryl Brinkman, chair of the local transit board, said San Francisco was aligning with standard advertising practices.

Colorado’s marijuana regulations ban billboards ads: “…it is unlawful for a retail marijuana establishment to engage in advertising that is visible to members of the public from any street, sidewalk, park or other public place.”

Meanwhile, Colorado’s Department of Transportation has won national recognition for the creative excellence of its “don’t drive high” billboards and wall signs, designed by the award-winning Denver agency Amelia.

About half of Colorado’s Adopt-A-Highway signs are sponsored by cannabis enterprises. Olivia Mannix, founder of the Denver-based CannaBrands marketing agency puts it this way: “We can’t really have outdoor billboards, but we can have our names on these Colorado DOT signs. Cannabis marketers have to be extra creative and strategic in all of their marketing efforts” due to restrictions on advertising.

Here is a link to the post from Ken Klein via OAAA  ⇒The Evolving Cannabis Culture: A Growing OOH Category

Ken Klein leads the OAAA and Industry’s government affairs efforts, with a particular personal focus on congressional relations. Klein was originally trained as a journalist. He joined OAAA in 2001 after spending 25 years in media and government, including with the Florida Department of Transportation. Klein worked for Governor Bob Graham of Florida before moving to Washington, DC, when Mr. Graham was elected to the United States Senate. Klein served in various staff positions for Senator Graham, including chief of staff. He also served as the key staff person for the Democratic Senate Campaign Committee.