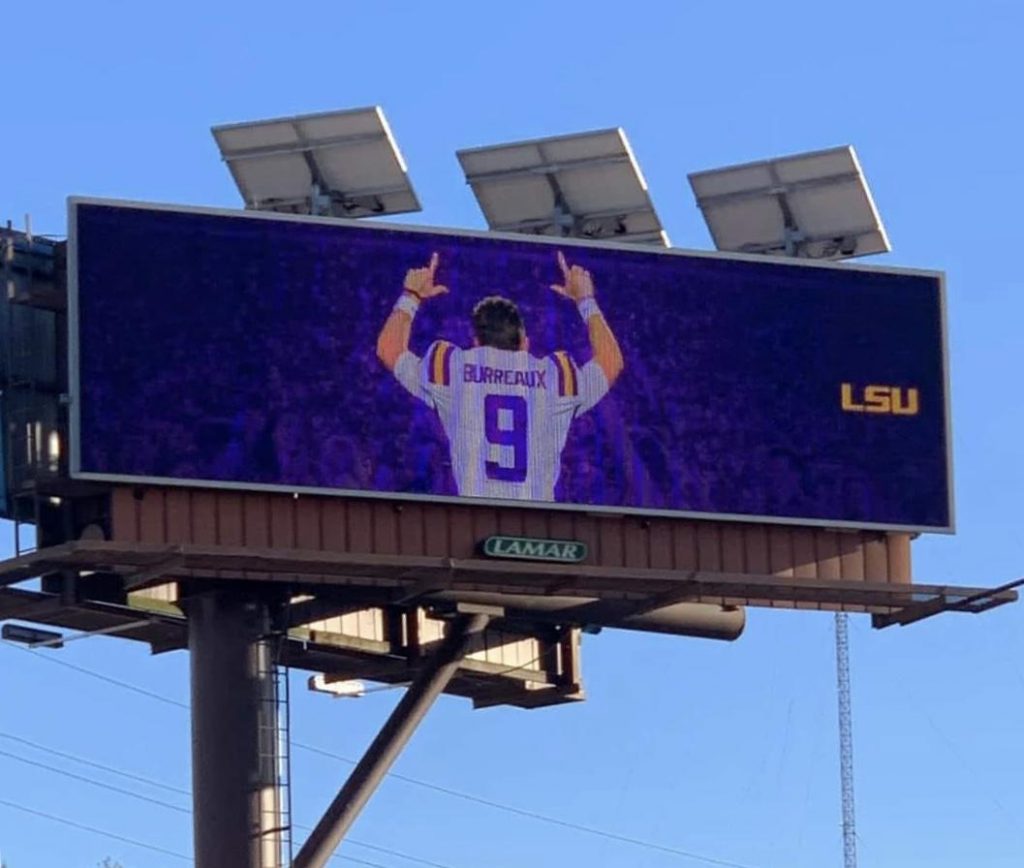 We stayed awake a bit too late Monday night watching the NCAA College Football National Championship 2020.  It was worth every minute, including the after game interviews.

What a great football game! LSU Tigers’ amazing run of 4 consecutive victories over Alabama, Georgia, Ohio State, and Clemson to win it all. The final score of the 15 and 0 Tigers, was 42-25.

LSU Head Coach Ed Orgeron, a guy who defines the description of a gravel voice, is class and character and, uniquely Cajun.

This game mattered to everybody in the state of Louisiana. And just now, LSU matters to everyone on the national scene, as does another one its home grown entities, Lamar Advertising. Lamar is Baton Rouge based, just like the University. Class and character accurately describe both. As a guest of Lamar, I visited Death Valley, which is what the (LSU) Tiger Stadium is known as, several times in the mid 2000’s. It is the only place, of the dozens of campuses I have been to for a college football game, where 150,000 people show up and knowing only 102, 312 (stadium capacity) are going to get in the stadium. And that’s every home game. If you have not been to a LSU game, go.  Second best, attend any South Eastern Conference home football game. GO! It is an experience like none other in the sport of college football. The grand daddy was and still is LSU.

Congrats to the new National Champs, LSU Tigers!  What a historic season of college football.

Lamar, we’ll be looking to you to light up the OOH sky with LSU 2020 National Champions.