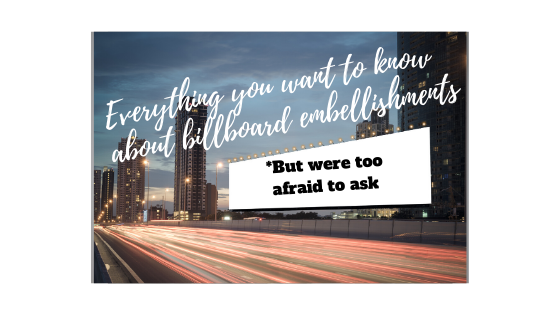 Everything you wanted to know about billboard embellishments

—But were too afraid to ask 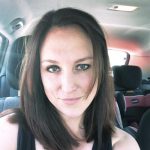 It may not be a stretch to connect the booming success of the restaurant, Chick-fil-A, to a painted piece of foam affixed to a billboard.  In 1994, the company found themselves with an overwhelming transition to free standing restaurants instead of just being in mall food courts. Creating a concept 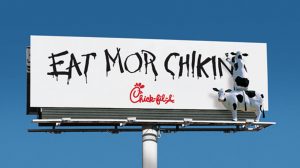 around the cute tagline, “Eat More Chicken,” in 1995, their advertising agency, the Richards Group, coupled 3-D cows with prop paintbrushes and attached them to billboards, creating an exceptionally positive reception for Chick-fil-A and the new characters. Not only did sales double compared to pre-campaign numbers,[1] in 2007, the advertising cows were recognized as “America’s most popular advertising icons” in a public vote and were inducted in the NY Madison Avenue Advertising’s Walk of Fame. [2] In 2013, their 1700 stores nationwide surpassed KFC- with 4,660 stores- in sales. The fledgling company is now among the most successful fast-food restaurants in the country.

When they launched the Eat More Chicken campaign, their competitors outspent them 10 to 1, often spending more on advertising for a week than Chick-fil-A could spend in a year. They couldn’t afford television spots. They wouldn’t compromise their price structure and they were at an additional market disadvantage in that they closed on Sunday. Billboards were chosen more for financial considerations, as one of the principals on the Chick-fil-A account, Rob VanGorden remembers, “At the time, a billboard campaign was extraordinarily revolutionary because conventional wisdom was billboards tell you what exit to take…you don’t build a brand on billboards.” Yet strikingly, so much of the Chick-fil-A brand was- more or less, predicated on the use of risk, wit, and 3D props.

conventional wisdom was billboards tell you what exit to take

As I looked around in my own area, I wanted to know why more boards weren’t utilizing unique elements like Chick-fil-A. Was it because of the current push toward digitizing outdoor advertising? If so, the reality is that only a portion of the 342,000 displays in the US are working digital. [3] How do we make the most of those spaces?  I spent several weeks interviewing people who had experience with creative ways to get noticed- and that did so apart from digital advantages.  I interviewed production and operation managers and media planners. I asked people who had been doing business for 30+ years and two that had been doing things less than 5 years, independents and members of the “Big 3.”  I asked questions about pricing, materials, successes and failures with 3D props, basic extensions and other embellishments. I asked what they wished they had known when they started, and what they would recommend to anyone who doesn’t have any experience with anything other than plain-Jane static. Feel free to add your own experiences in the comments section, but here are some of their answers:

In addition to billboard extensions, 3D embellishments are gaining popularity in the country, on billboards, bus shelters, in stadiums, and can be absolutely mind-blowing. After working with civil engineers to ensure things are safe and sound, prop builders fabricate visions that come to life with paint, fiberglass, foam or steel. Melissa Strom, who works at a company called Atomic Props & Effects, says ultimately it doesn’t have to break the bank. If there are financial considerations, she suggests on focusing on 1 key element to enhance the creative. Another possible unlikely alliance is with companies who make props for movies and do special effects. For example, ImpaQt Fx has done some fantastic work for billboards.

A company out of Ontario, CA called Soft Signs 3D, is marketing an alternative to foam, fiberglass or basic top out/side out extensions. “Why aren’t there more of the [3D billboards]? They are shelling out $100,000. 3D is only an option for the spectacular…it is too expensive,” says Eddy Carolan for the company. “We are tired of the same old ads…” he says, “We believe we can tell better stories at 55 mph.” Soft Signs 3D has patented their own air inflated structures that they believe will help companies do just that; they say their products cost an estimated 80% less than traditional foam or fiberglass 3D embellishments and weigh 95-98% less. Instead of hours or even days of installation, Eddy says they can generally install their product in under half an hour. And as for shipping? Eddy took one of the props- a 15’ wide, 10’ high bright pink pig- in his luggage on his airplane flight. He even claims he can backlight most of the structures. Pretty impressive!

While this story may not be exactly everything you might want to know about creative extensions, embellishments, etc., it may give you at least some new ideas.  Additionally, if you are interested in more information about different methods or techniques, materials, etc., please check out the links below.

For information on thermoform, check out Global Imaging: https://www.globalimaginginc.com/blogs/3d-billboards/#lightbox[group-4538]/1/

For information about air inflated signs with Soft Signs 3D, please visit their website at https://softsigns3d.com/.