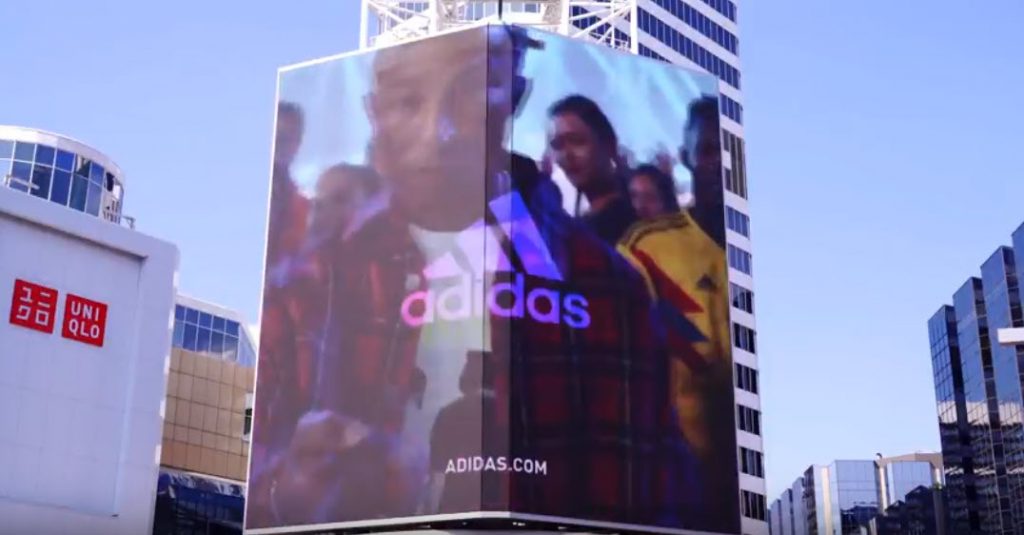 Branded Cities recently won two awards at Advertising Club’s 7th annual OOH Showdown competition held at the Sheraton Hotel, Toronto. The competition recognizes and honors the best and most innovative Out-of-Home campaigns executed in Canada over the past year.

The press release is published below. 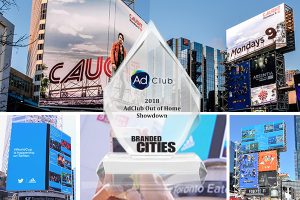 Toronto, Canada (November 2, 2018) – Branded Cities, a premier Out-of-Home (OOH) media company in North America, in collaboration with its clients, has won two awards at Advertising Club’s 7th annual OOH Showdown competition held at the Sheraton Hotel, Toronto. The competition recognizes and honors the best and most innovative Out-of-Home campaigns executed in Canada over the past year.

“Each year the OOH campaigns submitted to Ad Club’s OOH Day competition become increasingly more creative and innovative, breaking through the cluttered media space,” states Bill McDonald, Vice President of Sales at Branded Cities Canada. “We are proud to share this recognition from Ad Club with our inspired clients, who not only leveraged the sheer size of our iconic media but embraced the power of Digital Out-of-Home and its unique capabilities to create unmissable, award-winning campaigns.”

“These awards are proof that combining iconic media and creative execution can drive powerful and winning outcomes. It also solidifies our position as an iconic, forward-thinking, and creatively flexible media owner,” states Ali Satchu, Vice President of Marketing at Branded Cities Canada.

In addition to winning the two awards, Branded Cities’ Ari Zagury was awarded Rep of the Year for his exceptional work with clients, iconic and leading brands, which leverage the high impact and brand building abilities of the OOH medium. For a list of all Branded Cities OOH campaign video submissions, please visit Branded Cities’ YouTube channel.

To break through the highly saturated crime drama category, CBC set out to promote their new title, Caught, with a disruptive media solution. CBC created a custom ad that moved the man on the run, David Slaney, across Canada’s largest connected and synced digital displays, a first in the country. Alongside a social media contest, the campaign generated remarkable results:  Engaged over 200,000 viewers / 2,500 contest entries / 2,400% increase in search for “Allan Hawco” / At launch average minute audience (AMA) exceed goal by 21% / Increase share among millennials by 10%

The Beer/Bike Billboard —Its a Danish Way

Kentucky Moves to Times Square Drops Out of SEC Championship