1.) Other media love digital out of home media
Interesting, the “first-digital billboard” photo at YESCO’s headquarters shows an ad in 2001 for local TV news (Channel 5, an NBC affiliate). 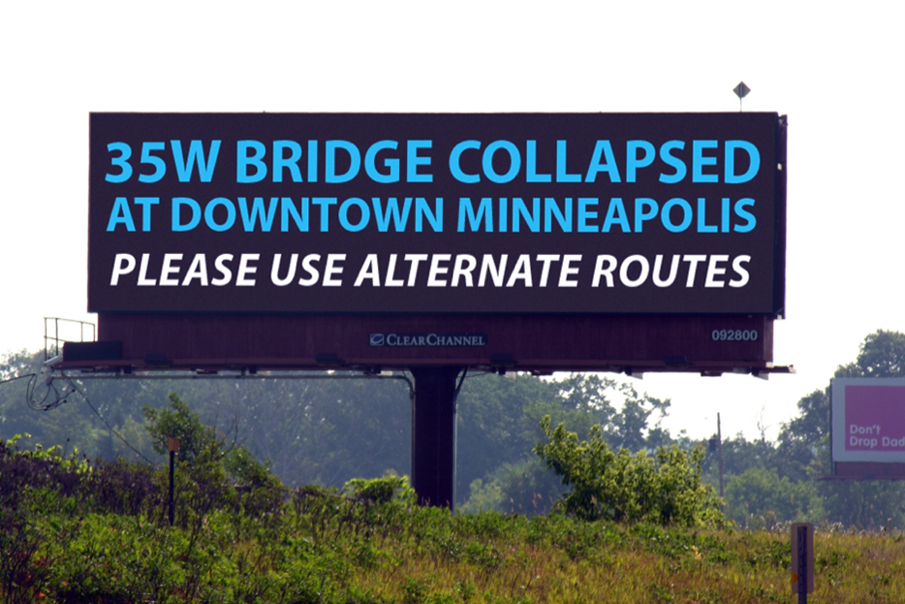 On September 25, 2007, the Federal Highway Administration (FHWA) issued Guidance saying digital billboard technology is acceptable and does not violate the prohibition against flashing, intermittent light.

4.) Industry partnerships for public safety
In 2008, OAAA launched partnerships with the FBI and the National Center for Missing & Exploited Children which manages the AMBER Alert network to assist public safety.

5.) Digital billboards are recyclable
Click here for a report published in Recycling Today in 2012.

9.) Steady growth
Nationwide, 10,100 digital billboards were operating by mid-year 2001, according to the semi-annual survey conducted by OAAA.

10.) Manufacturers remain involved
Media Resources co-signed a legal brief on behalf of the industry, telling the U.S. Supreme Court that digital billboards do not distract drivers.

“Daktronics,” says U.S. Senator John Thune, R-SD, “is the type of company that communities dream of having.”
As governor, Mike Rounds watched the South Dakota company grow; now Rounds is a U.S. Senator. 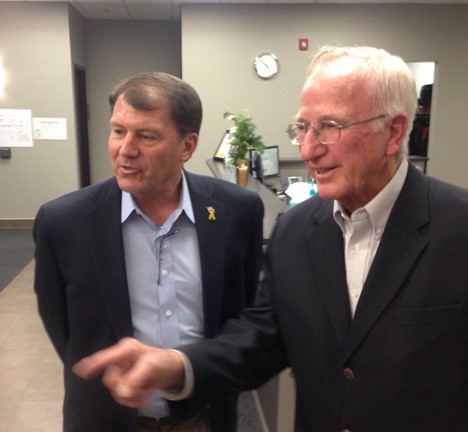 In Danville, IL, Watchfire Signs posted a tribute to Dick Van Dyke when the entertainer was honored by the Kennedy Center in 2021.
In 2016, U.S. Richard Durbin, D-IL, visited Watchfire in Danville, IL. 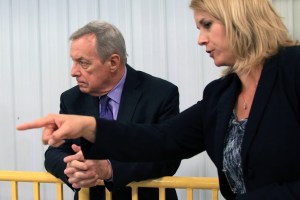 Help us Help You by supporting the only Independent Voice for OOH.
Keep speech free for the Out Of Home/Billboard Industry,
please click here to ⇒Subscribe to OOH Today (still free)

It Seldom Turns Out the Way It Does in the Song