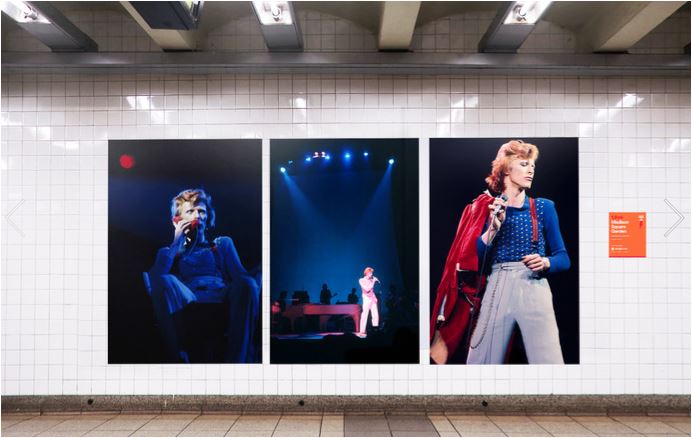 David Bowie just hit New York City’s Broadway-Lafayette subway station with fame only an underground advertising takeover could provide.  He is also on display at the Brooklyn Museum. The campaign is a tribute to Bowie and his golden years in NY, while promoting the museum’s exhibit “David Bowie Is”. Spotify is one of the heroes showing modern love picking up the check for the exhibiting OOH images on the Outfront Media subway inventory paying tribute to the musical icon.

Broadway-Lafayette station will carry the Outdoor displays from Tuesday, April 17 until Sunday, May 13 before anything changes. 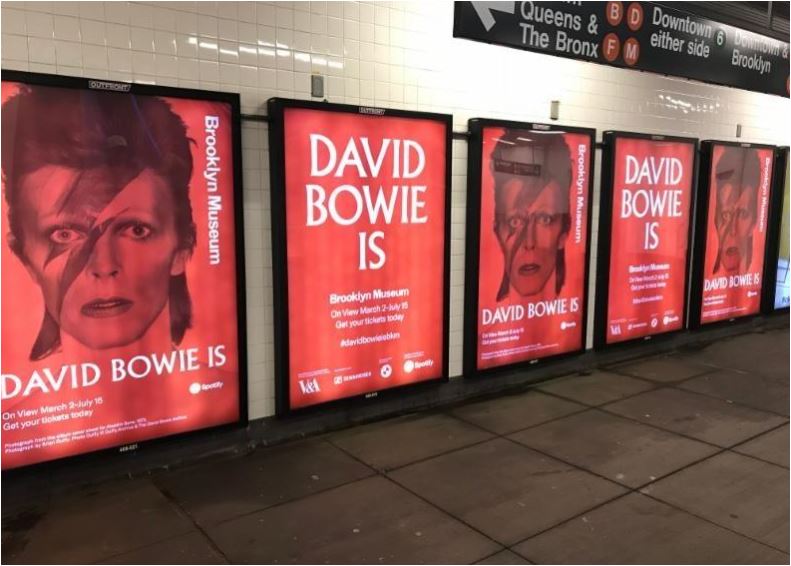 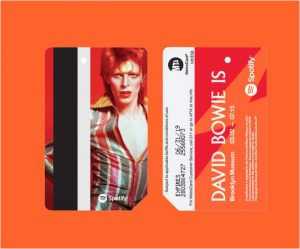 Bonus for real fans, commuters and subway station to station visitors are “Tickets to Mars;” keepsake MetroCards.  These special MetroCards, each display one of five Bowie personas some are including Ziggy Stardust, Aladdin Sane, and Thin White Duke.  As part of the campaign, fans are encouraged to post photos with the hashtag #DavidBowieIsHere.   Click to ⇒Read More ⇐

Check out all the young dudes in the video from local NYC CBS Station news story below with the Jean Genie.

How many titles did you come up with? 12

Sabo the Street Artist, OOH Past Is Haunting