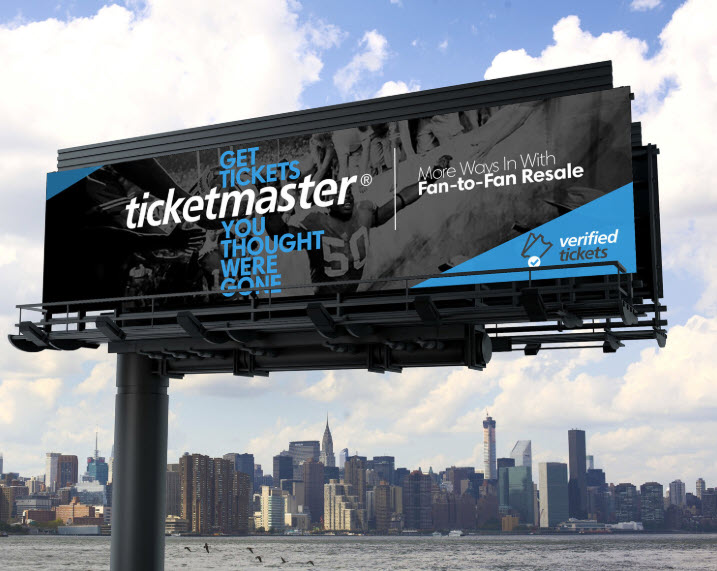 Accretive Media is celebrating its first year anniversary. With one year under its belt, Accretive Media shared a successful case study below from Ticketmaster as an important 2018 story for the broader OOH industry.

Accretive Media is a Digital Out-of-Home (DOOH) solution for brands and agencies that want to make a real impact with consumers in the real world. Advertising can be simple, if we let it be. DOOH connects brands to consumers on their terms, where they spend the majority of their time.

Ticketmaster engaged Accretive Media to deliver a unique DOOH campaign during the NFL Draft to raise awareness of TM’s official NFL ticketing agreement.  Since the draft was held in Dallas, Accretive leveraged a Clear Channel Outdoor PMP with heavy roadside billboards to blanket the ‘hot zones’ of AT&T Stadium, DFW Airport, and Downtown / Uptown Dallas (and the routes in between) to reach engaged local fans and fans in town for the event.  Accretive also identified NFL fans on digital screens at bars and casual dining, capitalizing on increased traffic and energy in the city due to the draft.  This 4 day campaign, aligned with the draft, utilized custom creative that dynamically changed based on the specific pick.  For example, when the Jets selected Sam Darnold with the third pick, the creative said, ‘The NFL Selects Ticketmaster, the Jets Select Sam Darnold.’  In all, Accretive ran hundreds of creative over 7 rounds of the draft.

Then the magic happened.  While the campaign’s primary goal was awareness, Accretive leveraged its patent-pending measurement approach to measure the campaign’s impact on web visitation and online ticket sales.  Since this capability didn’t even exist before the launch of Accretive this time last year, both Ticketmaster and Accretive didn’t know exactly what to expect, but were cautiously optimistic…  The results were staggering.  Spoiler alert: OOH works fabulously.

Accretive used an unexposed control group in Dallas AND Washington DC to double-check results, both were consistent.  And this was not based on a small sample, this was based on 72,000 device IDs, matched at over 50%.  This was near-census level data real data – done for the first time ever.  The results showed the power of out-of-home in driving web metrics at scale, fortified Ticketmaster’s position as a bleeding edge marketer, and established Accretive’s as a platform with capabilities that the out-of-home industry has been asking for decades.  It was a transformative campaign that all parties and an industry could look back on years to come as the first time a marketer truly combined technology from the physical and digital world to better understand how their out-of-home advertising was working for them.

Here is what Ticketmaster had to say:

“We understand fans and know that the NFL Draft is a milestone moment for football fans, especially season ticket members. Having a standout presence in Dallas for the ’18 NFL Draft was paramount to supporting our fan education efforts about safe shopping and digital ticketing before kickoff,” said Kathryn Frederick, EVP of Growth & Insights for Ticketmaster North America. “As marketers, we are continuously innovating and look for like-minded partners like Accretive. Leveraging their dynamic OOH strategies gave us the visibility we needed in a key market to connect with our fans in ways that truly mattered.”

“Working with such a forward-thinking and progressive brand like Ticketmaster on this campaign gave us an opportunity to continue to prove out that data-driven digital out of home, measured effectively, can deliver results similar or better than other mediums.  The out-of-home industry has been starved for this type of innovative targeting and measurement for years, and we were thrilled to be able to deliver it on behalf of Ticketmaster. This type of campaign underscores why we launched Accretive Media in the first place; to optimize and prove out the value of out-of-home.”

The PepsiCo Definition of Innovation: Insights from Cannes