What to do When a Strong OOH Face is Not Sold 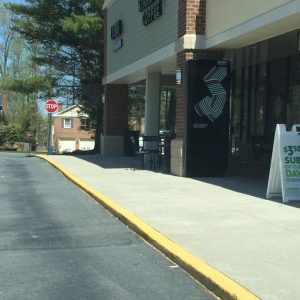 I love the Out of Home business.
I just don’t always like what is going on in the business.

Due to that love, I have withheld on occasions writing about tough issues or broaching subjects which are less than attractive about OOH. Sometimes, difficult subjects must be brought into the light.  When I first started writing OOH Today, I was asked, no, told, if I go to the tough side, i.e. write anything deemed negative about OOH, I should expect no support from certain organizations or people.

“Sometimes, they say, it is wiser to remain in ignorance; at other times forewarned is forearmed.”
A young lease man, I hired back in the ’90’s, who was son of three generations career military men with West Point educations (that’s a hell of a pedigree) shared that caution.  Love the quote. Great colleague.

Advance awareness of a situation, especially a risky one, prepares one to deal with it. Respect the intent of the warning, but know there needs to be some things which are brought into view. Discussion is not negative. Reader support is important.  Thank you subscribers and readers.

This is a long intro for what I hope you agree is a meaningful observation on managing OOH Sales.

Near my neighborhood, a few miles from my home, is a commercial shopping center with a digital sign on the side of a brick column. It is a strip center, if you will, common throughout America. It is Fox Mill Shopping Center.  Its in a nice neighborhood where homes start at $600K up.  You have the picture.  Upscale, higher educated, great HHI $100K plus. The point is, where this 6 x 4 Digital OOH, ‘shelter sized face’ is located;  the County of Fairfax, Virginia. An attractive OOH location.

Fairfax is the 5th wealthiest county in America.  The population is estimated at 1,142,234, making it the largest populous in the state.  It is a suburb of Washington, D.C.

Fairfax is the most populous jurisdiction in the Washington-Arlington-Alexandria, DC-VA-MD-WV Metropolitan Statistical Area .  Fairfax is as well, the largest Washington-Baltimore-Arlington, DC-MD-VA-WV-PA  area. Get this⇒  Fairfax was the first U.S. county to reach a six-figure median household income and has the second-highest median household income of any local jurisdiction in the United States after neighbor Loudoun County. Big numbers. Advertisers and OOH professionals, as they read the demographics of the area, are licking their proverbial chops right now. 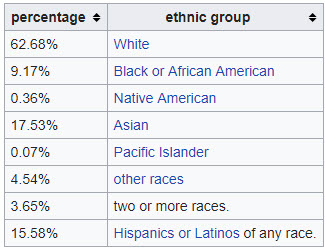 Washington, D.C. is one of only two Federally zoned cities in America.  Euclid, Ohio is the other. If that has changed, Myron Laible ,Vice President of State, Local & Regulatory Affairs for the OAAA can verify.  While I don’t live in DC, the effect of proximity near DC has historically kept the number of billboards ‘tight’, if non-existent.  In Fairfax, there are less than 12 traditional billboards in the entire county. There are none on any Interstates. I am not counting buses or shelters in the traditional category for this post. For all practical purposes there are zero billboards in this 406 square mile area.  For perspective: LA is 4,751 square miles. Nashville is 528 square miles. Austin, Texas is 251 square miles.
OOH supply is extremely limited in Fairfax.

In Fairfax, there are less than 12 traditional billboards in the entire county.

This digital face has been there at least the two and one half years. It history is nearly zero advertising. There is nothing sold on it the last two weeks. This is not an aberration.  It’s easy to read. In strong traffic lane. High quality screen.  It’s not sold.  No advertising on a billboard face hurts our industry. It gives the anti billboard group fodder to target OOH. It marginalizes our Industry.

That aside, going back to my starting comments.  “I love the business.  I just don’t always like what is going on in the business.” Maybe we can help.

When a sign is built, digital or other wise, advertising should be on the newly built sign when it is complete.

How does a company ‘build’ a sign, a digital sign at that, and not sell it?  New builds should always have advertising when installed. Its Pre-Sale.  When a sign is built, digital or other wise, advertising should be on the newly built sign when it is complete. Even if its not paid for, the appearance of it as viably sell-able should be present.  That is part and parcel to erecting a new build. One acceptable excuse for building a sign without an ad on it, is because the zoning was closing down or the fear of such, is so real, the company has to quickly put it in the ground before zoning closes down.  That is a semi acceptable reason for not having pre-sale advertising.  But that excuse is more the exception and not the rule. This location is not that case. It is not permitted. It doesn’t have to be.

This digital unit, in an upscale shopping center, which has strong local, regional and national retailers in every possible location (all space is full) has been unsold for two years. It has a Starbucks. A Giant supermarket. A Papa John’s. The center is alive and well.  It is as busy as it can possible be.
Its stupefying as to why the face is never sold.  Poor local sales?  No doubt.  While pricing is never a reason not to buy, perhaps it should be to make something happen.  Nearly anyone can sell at lower price.  If the price is less than rate card to make the sale, so be it.

Why is this ‘location’ been open or unsold for two years?  Doesn’t make sense. Perhaps this examination and the final message below will help their sale’s efforts.

Following one of many Arte Moreno’s doctrines on sales, ‘one sells the space until it is sold out or nearly sold out at lower rates, then raising the rates as occupancy increases,’ is a strategy to selling.  It is an easy practice. It worked for Moreno in every business he was in: Eller, Gannett, Outdoor Systems, Infinity and included the Los Angeles Angels, when he bought them from the struggling Walt Disney franchise owner in 1998.  Moreno and Dennis Kool, another former OOH manager turned MLB executive, dropped ticket prices and concessions to start filling the park. Check out the Angels attendance record the year 2003 Moreno took over and going forward. Over a million attendance increase in year two.

Maybe Moreno or his catechumen should return to the OOH business. That’s another story. 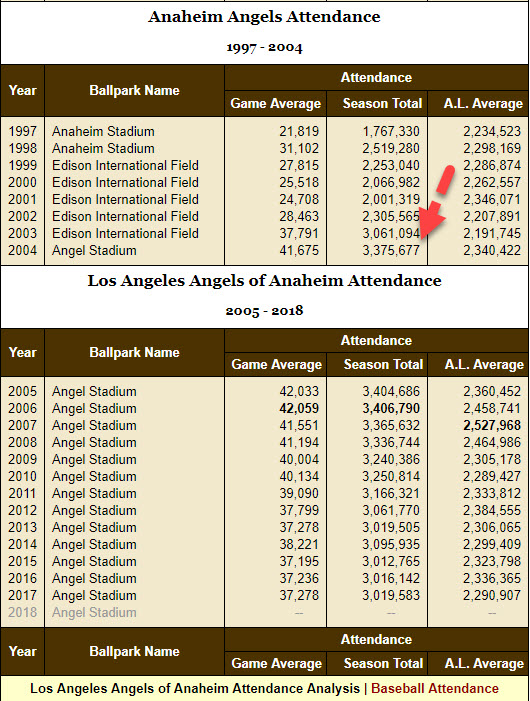 What Does it Cost to be a Sponsor at the OOH Conference? & Who’s Already…