There has been a shared abundance on social media of the HyVee Minnesota Viking football billboard created by West Des Moines,  Meyocks Agency and sponsored by supermarket, HyVee.

Not to wear out the subject, I must share the night shot of the Viking HyVee billboard which has come into my possession. Bonus-scroll all the way down for Kansas City Chief HyVee Billboard.

Its is difficult to place lighting which successfully illuminates the many different shapes and positions of billboard embellishments.  Striking!  No further words. 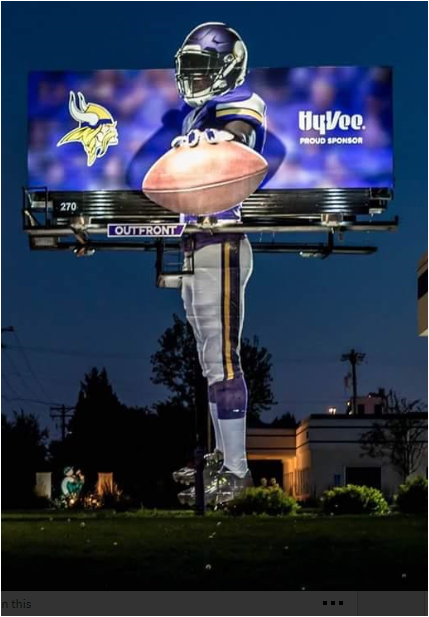 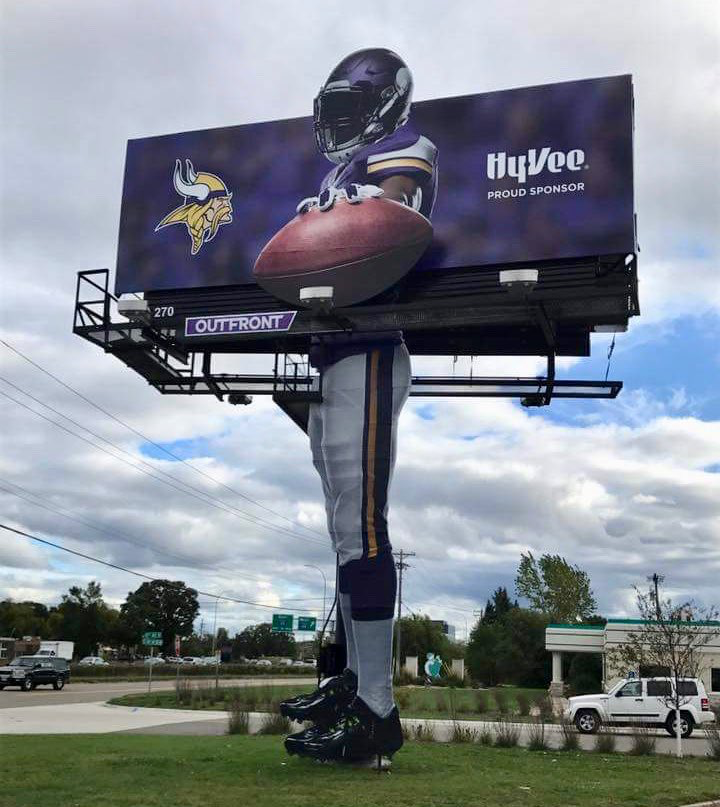 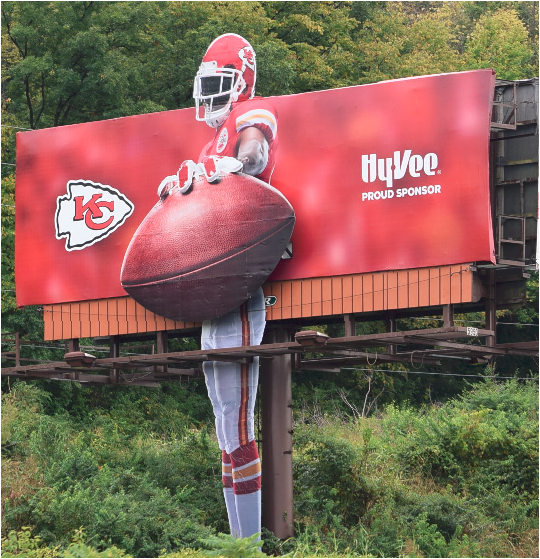