OAAA and Publicis together 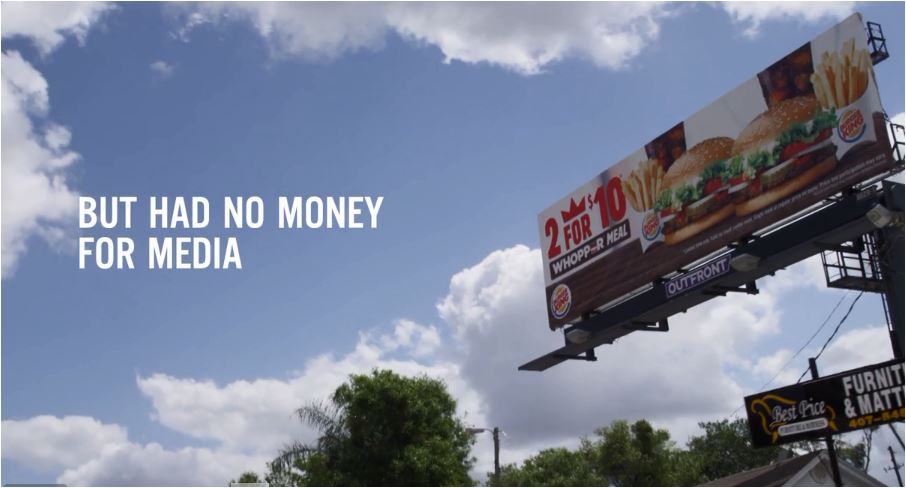 The Outdoor Advertising Association of America (OAAA) has appointed Publicis New York, as its Agency of Record. The decision was made following a competitive pitch of four creative shops selected for a creative ‘shoot out’, narrowed from 12 who expressed interest of the 15 identified by outside OOH consultant.

There was no incumbent AOR.  The OAAA has experience and working with a number of ad agencies over the years to develop individual campaigns like 2015’s ‘Feel the Real’ OOH promotion to a generation ago with Carmichael Lynch’s (Minneapolis) campaign, “Outdoor. It’s not a medium, it’s a large.”

An ad hoc group of the OAAA Marketing Committee narrowed the selection and recommended the Publicis’ campaign which was reviewed and approved by the OAAA Executive Committee and Board of Directors.

Publicis New York, will be responsible for promoting the usage of OOH media to the U.S. ad industry. The goal, according to Nancy Fletcher, OAAA President and CEO, ” is to shake things up, launching during Advertising Week New York this fall.”  “The message – promoting attributes of OOH to those who buy media and influence the buying of media – is designed to spur sales and spotlight OOH in the (fast-changing) media landscape.”  The anticipated media elements will focus primarily on OOH, including digital OOH, and are expected to launch mid-September.

“The current day campaign is intended to get a little competitive and complementary with digital advertising.”  The budget is $500,000; OOH space is donated.

The OAAA, as a trade association, represents more than 90% of the U.S. OOH industry based on revenues. It speaks for 100% of the Industry and does very well in doing so.

For Publicis’ history in OOH.→See the photos of the unexpected and rule breaking OOH campaign Publicis did for Doctors Of The World. The creative, specifically its execution, is a new one. It takes edgy imagination to create a campaign which utilizes the ‘skeleton’ side of a billboard.  It’s as though the consumer is seeing something, perhaps they shouldn’t be able to see.  It drives the viewer’s mind, curiously wondering, what’s back there?

Cardinal rule of OOH was broken starting with leaving a billboard empty. But it works!  We love it. 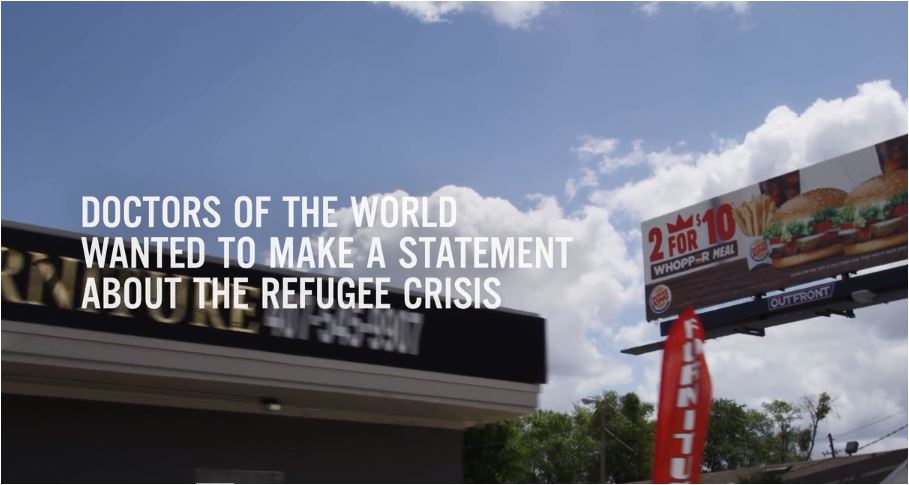 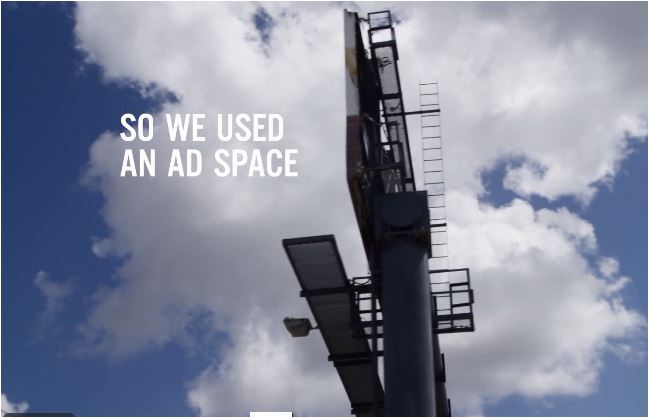 What Types of Local Advertisers are Buying Outdoor?