Top Movie Campaigns for OOH in 2022 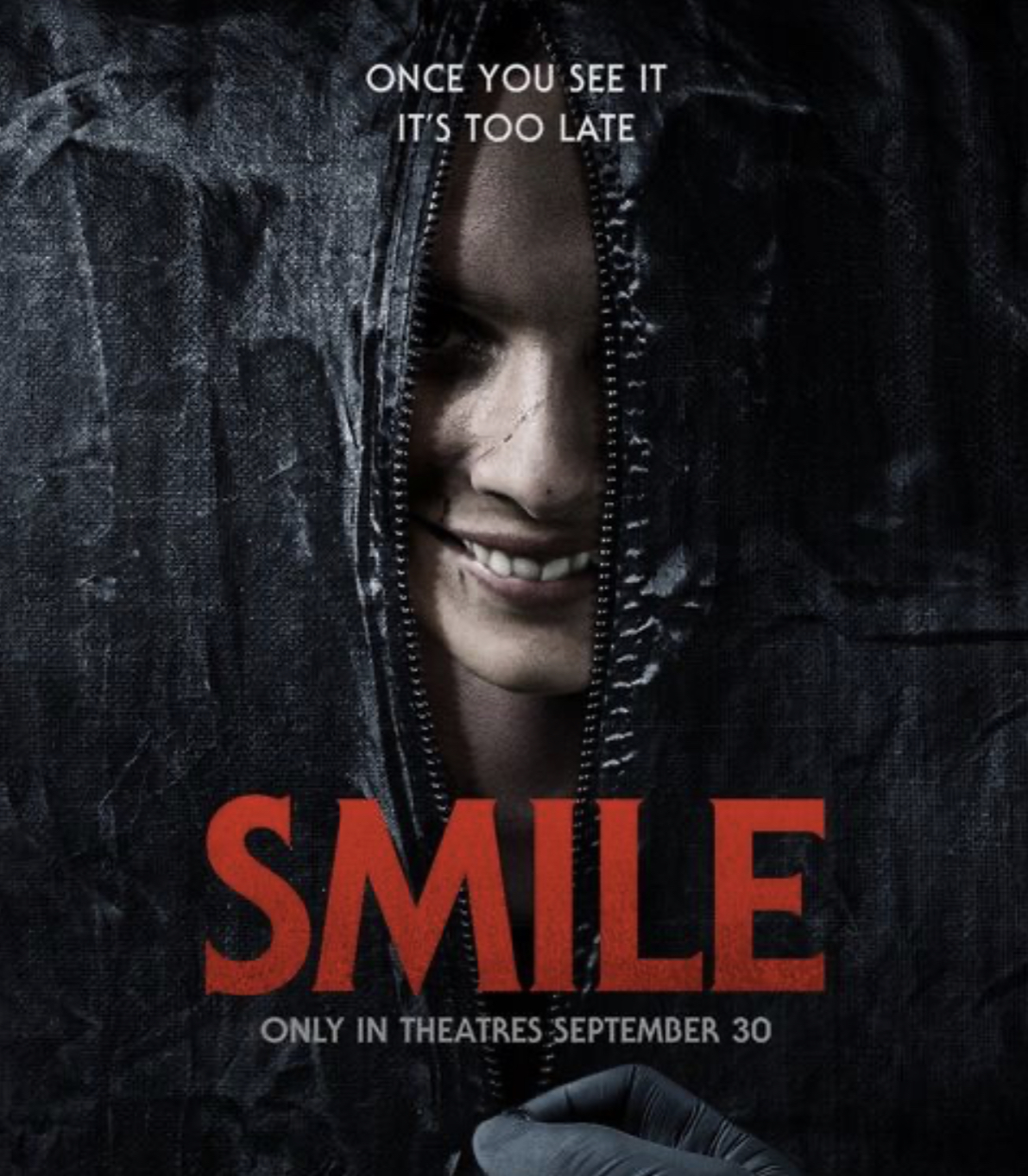 Whether it was spent with fearless pilots or dashing detectives, there’s no doubt about it: 2022 was a year for the movies. Consequently, it was also a year of movie marketing campaigns like never before. Posters, QR codes, and sports-game stunts oh my—let’s take a look at the 2022 OOH movie campaigns that, for us, came out on top.

Last summer’s Top Gun: Maverick had compelling characters, an engaging script, and stunningly choreographed aerial action scenes. In other words, it had all the elements needed to get audiences talking—it just needed a killer marketing campaign to get off the ground. 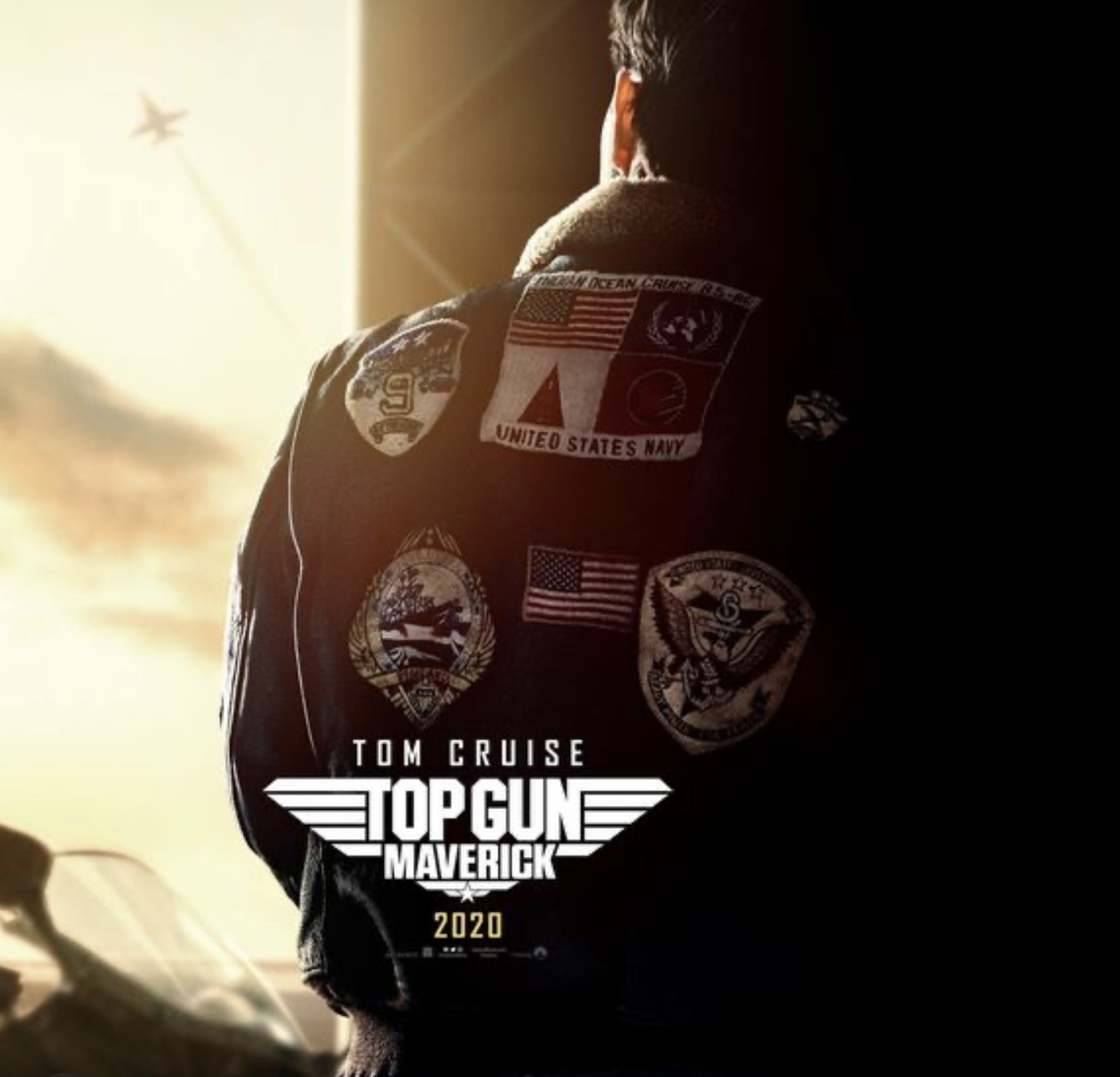 There were indeed many moments that this campaign could have faltered. Maverick was originally slated for a summer 2019 release before a messy mix of complicated action scenes and the COVID-19 pandemic added a three-year delay. But rather than let off the gas, Maverick’s team changed gears by choosing to take advantage of these delays. The first official poster for the movie—designed by marketing agency Concept Arts—didn’t include Tom Cruise’s face whatsoever, instead showing viewers only a tantalizing image of the back of his decorated jacket. The next poster continued to hold its cards close to its chest, sticking to a simple visual of Tom Cruise watching two fighter jets fly overhead with no other words besides the film’s title and planned release date in the corner. By establishing this air of mystery early on, Concept Arts kept audiences in a state of suspense that continued to build deliciously over the following three years. In the meantime, Paramount was expanding beyond just the generation that made the original Top Gun famous: the company began releasing QR codes that, when scanned, allowed users to find out their ‘call sign,’  catching the interest of millennials and Gen Z-ers alike. Add all of this to the sudden appearance of fighter jets with red, white, and blue smoke over the film’s red carpet premiere at Cannes, and it was official: Maverick’s marketing team was firing on all four cylinders. Not content to simply lean on their success of the past, but also willing to twist potential setbacks to their advantage, the Top Gun: Maverick campaign made the film a summer blockbuster to remember.

Right on the heels of Maverick’s smash-hit summer, production company Paramount was determined to really bring things home for the Halloween season. Their chance came in the form of Smile, a psychological horror flick that did so well in test screenings the studio put it on the map for a theater release the following September. And when it came time to market the movie, Paramount was more than prepared to cover all their bases—literally.

Almost exactly a week before Smile’s premiere, fans piled into Yankee Stadium to watch its home team play the Boston Red Sox in what was surely going to be one of the season’s most thrilling games. But a legendary rivalry wasn’t the only thing in store for audiences that night. Throughout the match, certain members of the crowd continued to grin creepily at the cameras from right behind home plate, refusing to break eye contact or change expression. Confused whispers began to break out amongst the crowd, and images of the ‘smilers’ quickly went viral on Twitter. Once it came out that these audience members were actually actors promoting Smile, it was official: word was out. Paramount continued this stunt with the Mets-Athletics and the Cardinals-Dodgers games, but at that point, they hardly needed to. An entire stadium of people left that night with the knowledge of Smile permanently burned in their heads; thanks to the cameras, so did a large portion of the nation. And when Smile opened at #1 in the domestic box office that following Friday, it marked a killer home run for Paramount Studios in a year already full of them. 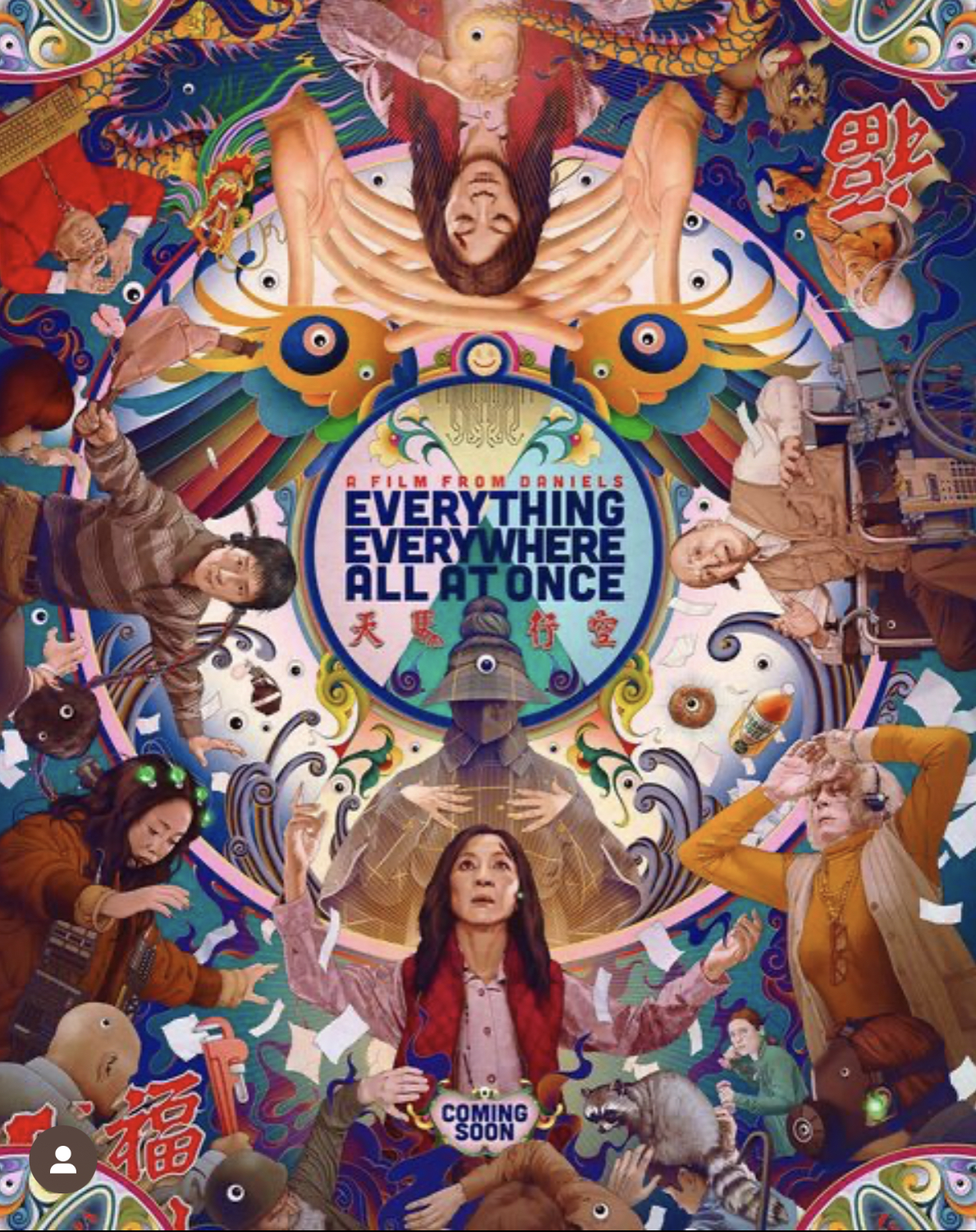 Everything Everywhere All at Once

The ultimate sleeper hit of 2022, A24’s Everything Everywhere All at Once had a lot of factors going for it. Its main lead was hot on the way to becoming Time Magazine’s Icon of the Year, for instance. And the moment it hit theaters, buzz about this movie indeed seemed to be coming from absolutely everywhere, all at once.

But while pure word-of-mouth ended up carrying this film a long way, it’s still worth taking a look at the marketing campaign that preceded it—specifically at its visuals. You can tell from this poster alone that it was made by someone who genuinely cared about this movie—and furthermore, genuinely cared about the power of out-of-home. Artist James Jean wove a massive amount of careful details all into one image, somehow doing it in a way that mesmerized viewers with its color and brilliance rather than giving them a headache. Its pure encapsulation of the movie’s title emphasizes just how much thought went into this piece of art.

But it also emphasizes how at the end of the day, art is exactly what out-of-home can be. This industry knows more than any other that in any blank canvas lies an entire world of possibility, an idea that this film’s campaigners took and absolutely sprinted with: another poster, for example, shows the title standing out from an intriguing mass of craft-store googly eyes. The campaign’s full realization of out-of-home’s vibrant potential not only helped it to stand out as a movie. It also acted as a stellar demonstration of how more than most other advertising fields, OOH can truly be everything everywhere, and all at once. 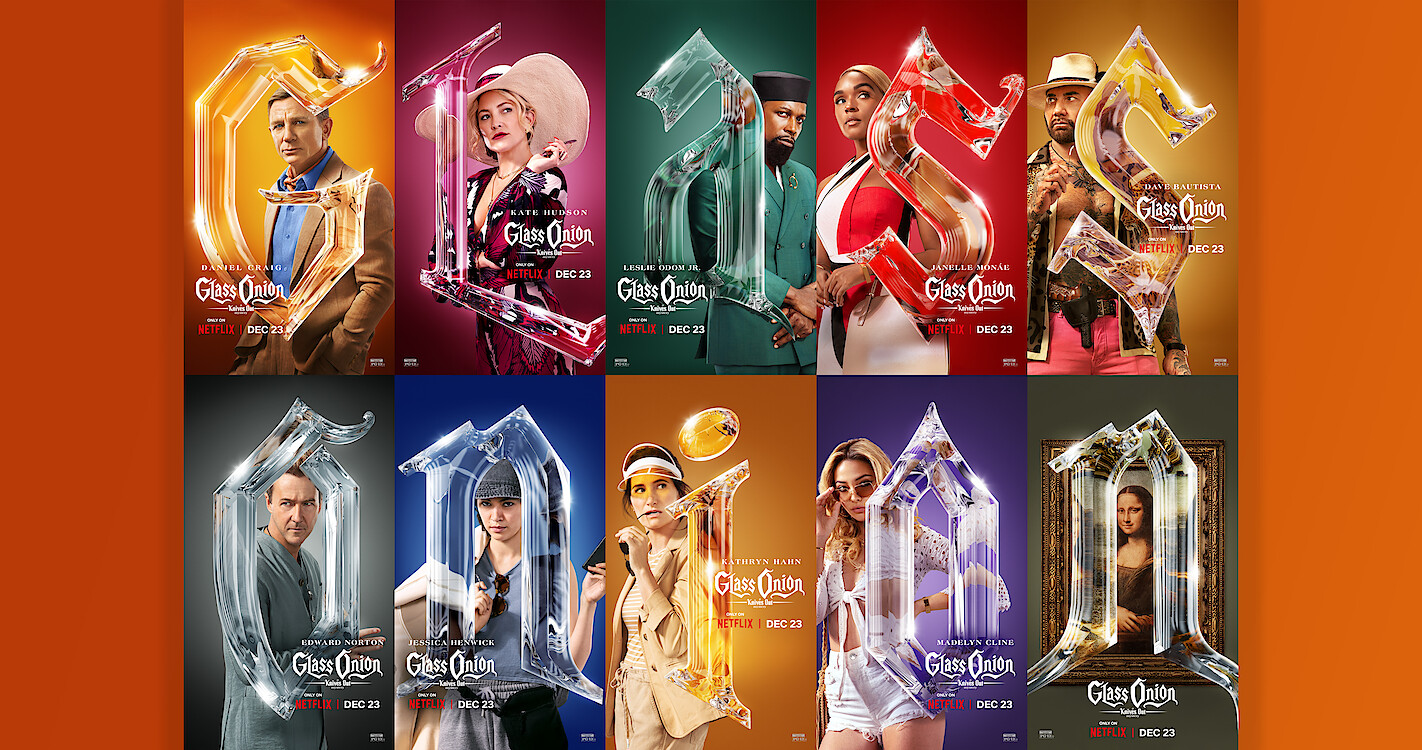 Plagued by a year of cancellations and with a crackdown on password sharing looming on the horizon, streaming platform Netflix needed something new. They needed something that families could all watch together during the upcoming holiday season. They needed a new ‘brand’ of TV show or movie series that had the potential to just keep growing. They needed the rights to Rian Johnson’s Knives Out franchise—and they got it.

There’s a reason you’d have a hard time finding anyone who hasn’t heard about this movie in the last month. While campaigns like Top Gun: Maverick’s success came from addressing potential weaknesses in their marketing, Glass Onion’s triumph was in how it played all the harder to its strengths. Both Knives Out movies have had the luminous draw of a very star-studded cast. So Netflix released a flurry of brightly-colored posters, each highlighting a certain a certain one of the stars in their roster—and each containing one letter from the movie’s mysterious title, echoing the idea of one big ‘puzzle’ that in a way that very much fit its murder mystery genre. The marketing campaign’s central image emphasized not only its cast but also its gorgeous springtime Mediterranean setting, something that would hold a lot of appeal during the darkest days of the year. And as OOH Today saw on a recent trip to LA, promoting Glass Onion on items as nondescript as airport security trays helped Netflix to both break through people’s everyday routine as well as get the attention of about 200,000 travelers each day.

Glass Onion’s OOH campaign was notable for more reasons than just its shrewdly calculated execution. It also generated surprise for Netflix’s decision to give it a limited theatrical release an entire month before it hit the streaming platform. It’s true that this unique move drew some criticism (the theatrical run lasted only a single week)—but it’s still unique enough to pop up on the out-of-home radar. Could this tantalizing peek behind the movie’s curtain been enough to get some word of mouth up and running? And could this mark a turning tide in how streaming platforms—the ultimate ‘in-home’ services—may be looking more and more to out-of-home locations for promotion? It’s a tough question, even for a detective like Benoit Blanc. Luckily enough, we have a whole year of exciting movie campaigns ahead of us to find out.

Did we leave anything out? Drop your favorite 2022 movie campaign below. Under ‘LEAVE A REPLY’

It’s About the Detail —Lawn Mowing, and OOH