Times Up for OOH too

Is OOH Ready for a Female CEO? 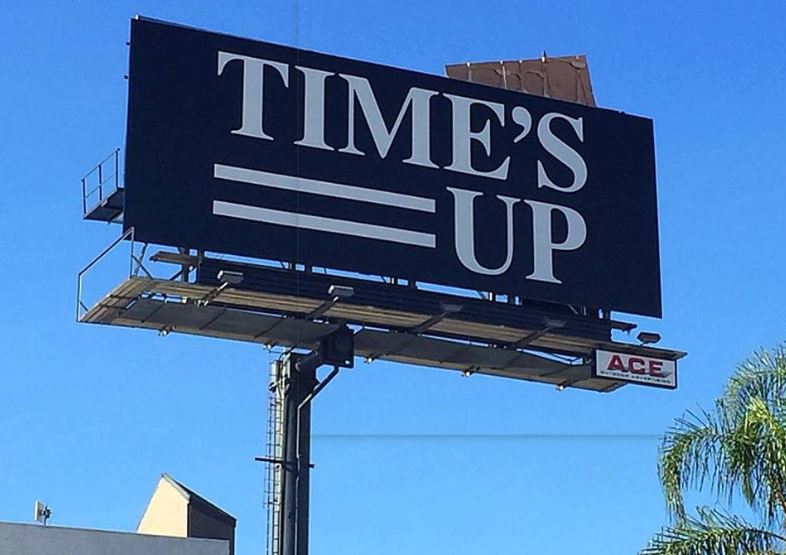 I was warned early last year, when we first started  publishing OOH Today, not to go here.
But the movement has grown significantly and notably the progress in Out of Home has not changed.
After one year under our belt, we can weather the Establishment storm which this post may create. Warning or implied threat or not; It’s well past time to bring it forward in Outdoor.

Is OOH ready for a female CEO?

Forget the lip service, the committees, the random mailing list of 360 top women of OOH and the public service messages on digital screens.  Will #OOH step up and aggressively promote a woman to the highest rank of the corporate hierarchy?  If not now, when?

Is #TimesUp an obstacle or an opportunity?  Just as we had questions about starting OOH Today, its time to take the leap and just do it. We’ll have questions and there will be failures along the way.

Time’s Up for Outdoor Advertising too.

Its time for Out of Home Industry to get in front of this.  Though no one from Out of Home is in the original declaration of the National supporting group which comprises TIME’S UP™/ADVERTISING (see the original signers in the link). It doesn’t mean it’s too late.

TIME’S UP™/ADVERTISING comprises more than 180 senior female agency CEOs, CCOs, and CSOs, Click to see all 180 names⇒  View the Original Signers of the Letter This letter includes the names of the original supporters and the Industry Organizations. We list below.

Are you still hand painting your bulletins or just your teams?

OOH can run some PSA’s and fly the Time’s Up trade mark. We can join the group. We can donate dollars and space. But what about real change? We may be no different from any other industry with regard to female leaders, but we are certainly an industry of innovators, leading edge thinkers and embracers of change. Are we missing a real opportunity to create a legacy or historic moment in time?

Are you still hand painting your bulletins or just your teams?  Think about it this way,  Someone took a chance on these women or did they out perform every guy to get where they are?  Does this have to be a male/female conversation?  Or can we start choosing the best candidate?

How many women lead the Big 5 OOH buying services in the US?

OMG, Publicis, Kinetic , Posterscope, and Rapport?  The answer is Zero

How many women lead the top Outdoor Advertising owners?

How many general managers are female for the Big 3 OOH Owners?

We can name one of the Big 3 who have zero female General Managers leading their markets. The percentage of women in the other 2?  Very small.  Is this a conscious or unconscious decision?

Are we buying the false security of IBM when what need is an Apple, because the guy before us did?

Is it plausible that adding woman will help us relate better to the original signers and CEO’s across the advertising and business board?

Will this bring us a seat at a whole new table?

Is it possible that just as we are leading with way with measurement, we could lead the way by empowering woman?

Is it possible our changes might send echoes thorough the advertising community that the OOH Industry are innovators and early adopters we claim to be?

We are saying, make the ‘next’ hire a female.

OOH Today has had this conversation with leaders in the Outdoor Advertising Industry. All of them point proudly to Nancy Fletcher, OAAA CEO and Kym Frank, President of Geopath. Frank and Fletcher deserve all the credit which is given because they have earned it. Is there no faith they can run a for profit organization just as effectively?

OOH Leaders, aren’t you saying by recognizing Nancy and Kym, that is all the more reason to have more females in the top management ranks of OOH leadership? Surely this successful, well-respected ‘duo’ should give us nothing but confidence in hiring and promoting women.

We personally know the 4 women and worked with MacDonald and Nickerson closely through the years.  They are as skilled and knowledgeable as any of the current CEO’s, both Owner and Agency leaders. The ‘8’ leaders can get rankled at us for saying so and frankly that says volumes if you do.  We are not suggesting anyone be replaced or is incapable. We are saying, make the ‘next’ hire a female.

The point is this, if we don’t speak openly and make changes, as an industry, we lose

Back to the beginning.

As I was told in that same meeting early in 2018, “OOH is no different from any other industry. What is the point?”  I was asked.  The point is this, if we don’t speak openly and make changes, as an industry, we lose.

Remember kicking the OOH tobacco habit?  Wow what a change!  And if you were there at the time you may have believed it was the end of the golden (revenue) age of OOH.  In fact it opened a whole new world of opportunity. We brought on new advertisers for greater revenue and in some cases, less expense.  We reviewed some of the revenue reports from that time period and the Industry had a few 8% yearly increases and we were not building digital faces exponentially increasing inventory and revenue on an 8 to 1 growth basis. Growth was organic and dare we say real.

Moving woman to the very top of the ladder just may be the boost your/our bottom line needs. We will learn a new language, see old problems in a new way, just as other changes have brought similar results.

We will learn a new language, see old problems in a new way, just as other changes have brought similar results. 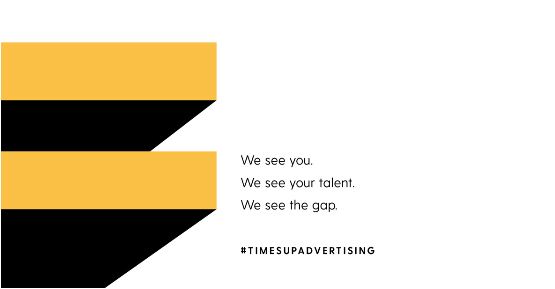 Times Up for OOH too.

This is great timing for OOH to get behind this movement. Take the initiative to make change.  Scheduling #TimesUp creative in the unsold digital space is a start but some might say it’s a token response.
Let’s see some real change.

Revenues are down organically, same inventory to same inventory comparisons. Moral is weak in several OOH Providers shops. Instead of sending another email, send a new perspective, a woman’s perspective. Hell, start with a female GM!

One of you guys needs to step up and place significantly more woman and in one OOH providers shop, even one woman, in the GM ranks.  Others need to grow the ratio. The bench needs to be strengthened with women, for no other reason than that they are often the best person for the job when biases are put aside.

Start with more female general managers.  Who knows, maybe we’ll see a woman running one of the Big 5 Agencies or Big 3 OOH Companies in the not too distant future.

I for one will be rooting for her to hit it out of the park! If your bottom line isn’t where you want it, this might just be the perfect time for change.

#Time’s Up OOH, and that’s a good thing.

Food for thought, ideas for change.

What Does it Cost to be a Sponsor at the OOH Conference? & Who’s Already…