What is so Amazing about this Arachnid? 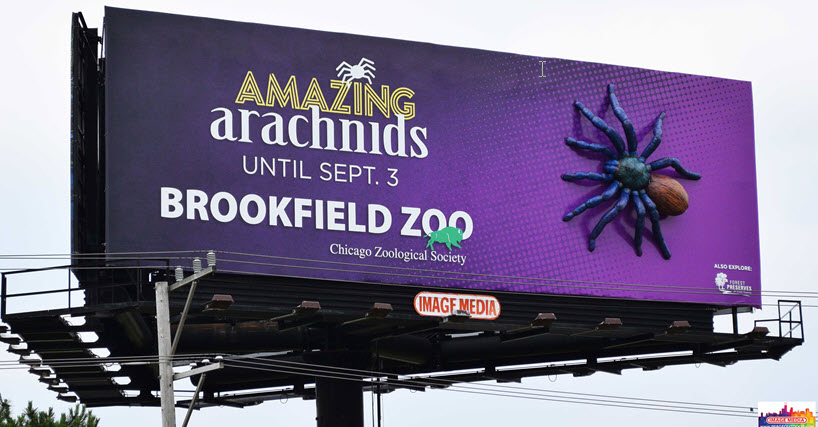 Amazing Arachnids is one of those great designs we expect to see nominated and walk off with an Out of Home Obie next year.  It’s an awesome design when you see it driving down the Interstate. It jumps off the side of the highway and into your windshield.

Yes, that’s a GIANT spider hanging around on a billboard right by the Eisenhower (I-290) merge and I-88 Reagan inbound.  Chicago advertising and design agency, Two by Four, concepted an #OOH billboard that would be attention-getting, creative and a little unexpected to build awareness and excitement for the Brookfield Zoo’s summer exhibit called Amazing Arachnids. The Giant Spider is not an Ordinary 3D Billboard Creation.  The spider is 15’ x 15’ inflatable of a Greenbottle Blue Tartantula.  It is attached to the billboard in a protruding manner making it 3 feet off the 20’x60’ billboard. Produced by Metromedia Technologies and made from a vinyl material, the spider is kept inflated by a blower. It is the first inflatable billboard Image Media has executed in Chicago.  Out of Home agency partner, Billups, contracted the 3D billboard through September 3 (the last day of the Amazing Arachnids exhibit). 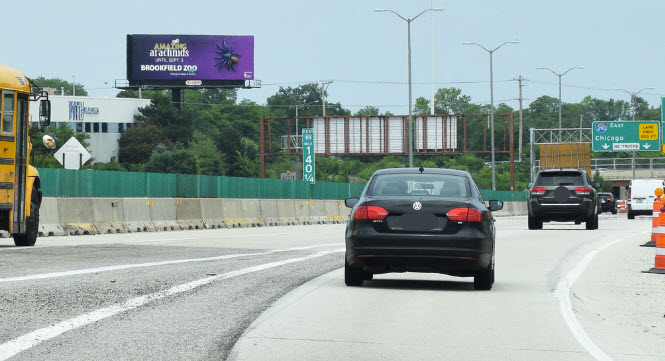 Can You Get Beyond the OOH ‘Box’ —It happens