The ‘We make kids disappear’ Billboard 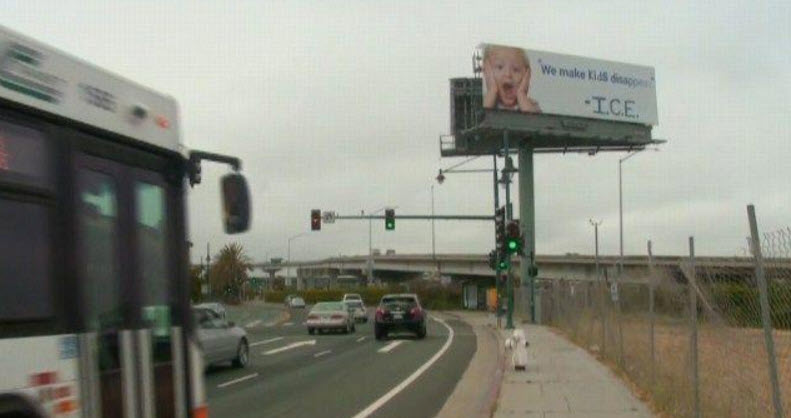 Not the kind of thing you want to wake up to coming into work to start your day, if you work at Clear Channel Outdoor in SF.   Activists took over a billboard in the Emeryville area of the SF Metro. The activists/vandals took paint and long-handled rollers and skillfully changed copy of nationwide OOH paid client, 1800-GOT JUNK,.  The copy initially read ‘We make Junk disappear’. The new copy read,  “We make kids disappear’ – I.C.E.”

ICE stands for Immigration and Customs Enforcement. The vandals come from the activist art collective Indecline. Its the same group behind the naked President Trump statue that popped up in San Francisco.

Regardless of what one thinks of the political statement, CCO has to go out and remove the vandalized vinyl face and order a new face printed, at CCO’s expense, then back out a second time to install.  That disrupts the schedule no doubt for all installs and rotation,  made earlier in the week for the entire week. 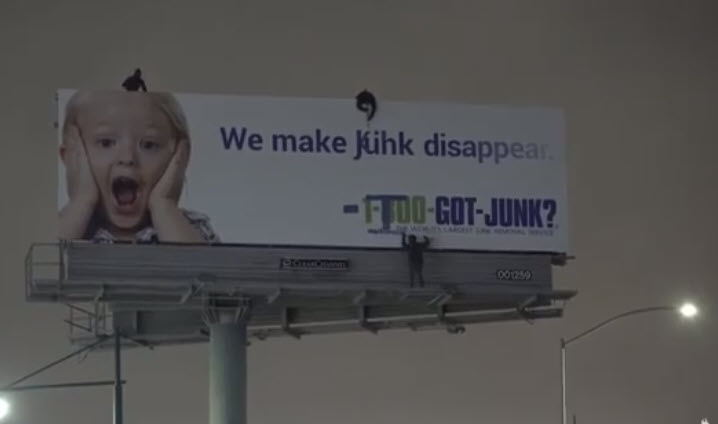 The vandals/activists were bold and confident as they filmed most of the ‘work performed’⇐(click here for article and video of vandals changing message) to change out the sign.  Four people were involved. All masked to not reveal their identity. They had the good sense to turn off the lights prior to climbing.  Using only ambient light from the area and masks limiting visibility, there appeared to be no safety harnesses on any of the three visible climbers.  Pretty risky. As most of you know, a fall from the height of the sign would kill the individual. Risky, unless you know your way around the a billboard installation. Just wondering out loud.

We realize for many reasons, no one in OOH wants to discuss these kinds of problems or even admit that they exist in their plant, but we all know they do.  Keep in mind our readers and subscribers with few exceptions are OOH people.  Yes including clients direct and agencies read us but they get it and realize its a hazard part of the business.  We would like to hear back from you to the extent similar issues happen in your markets and how you deal with it.  The big markets typically receive the publicity but I have to wonder vandalism is still occurring in South Bend or Sioux Falls.

Indecline is the same group also responsible for a vandalized shooting range billboard in Las Vegas that read, “School a school kid. Only $29.” 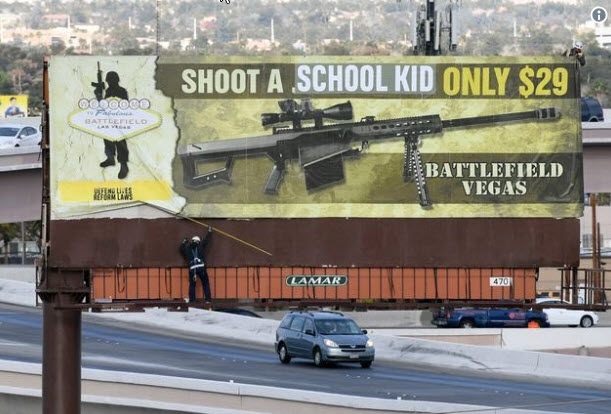 Another source for ‘Make Kids Disappear’