If you are a billboard fanatic or are in the 32% percent of Americans who say they are fans of soccer (football for our non-American readers), you might have already caught wind of OOH advertising’s latest viral campaign: 24 bright yellow billboards featuring motivational messages dedicated to players on the US Men’s National Soccer Team (USMNT). The perceived purveyor of these messages? That would be Ted Lasso – a fictional ‘football’ coach from the Apple TV+ sports comedy-drama, “Ted Lasso.”

Paid for by the team itself and created by Apple’s long-time advertising agency partner, TBWA\Media Arts Lab, the billboards were placed in the hometowns of various USMNT players and are humorously hand-written in Lasso’s eccentric style, a lighthearted mixture of motivational sentiment, puns, and wordplay. The guerilla marketing stunt comes in the days leading to the much-anticipated 2022 Qatar World Cup on Nov. 20 and serves as a sensational send-off to the USMNT. Pictured below is a traditional face dedicated to player Jordan Morris of Seattle, WA. 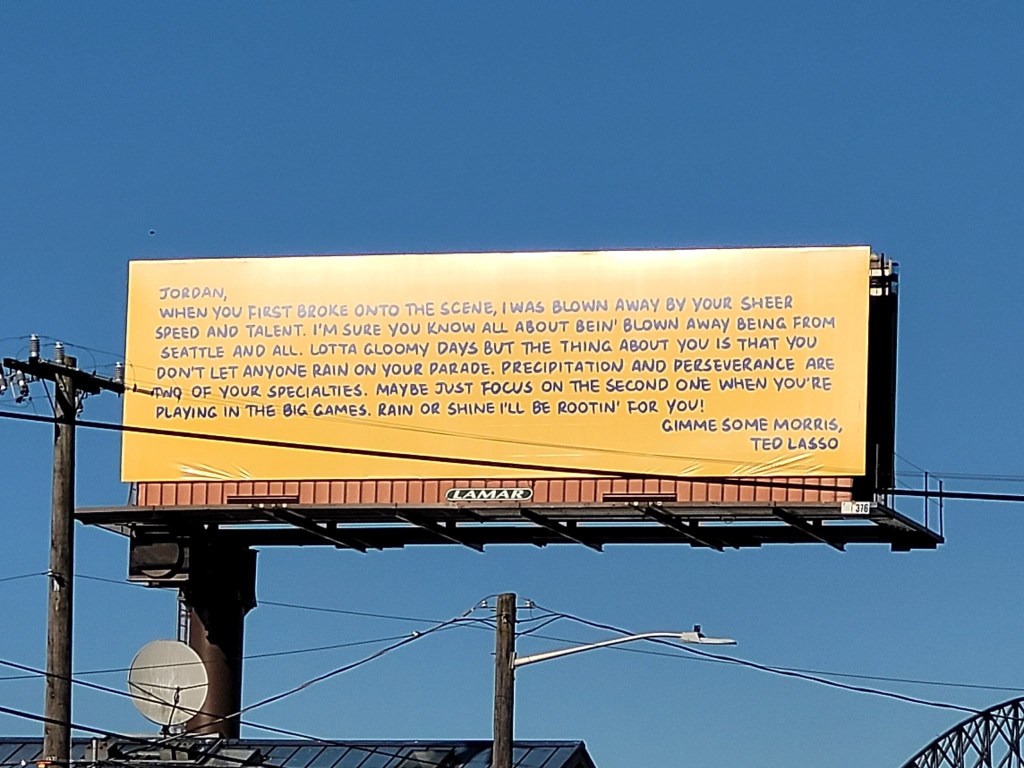 With a wide diversity of placement, the campaign creativity placed a face dedicated to player Brenden Aaronson on the side of a barn in Medford, NJ. 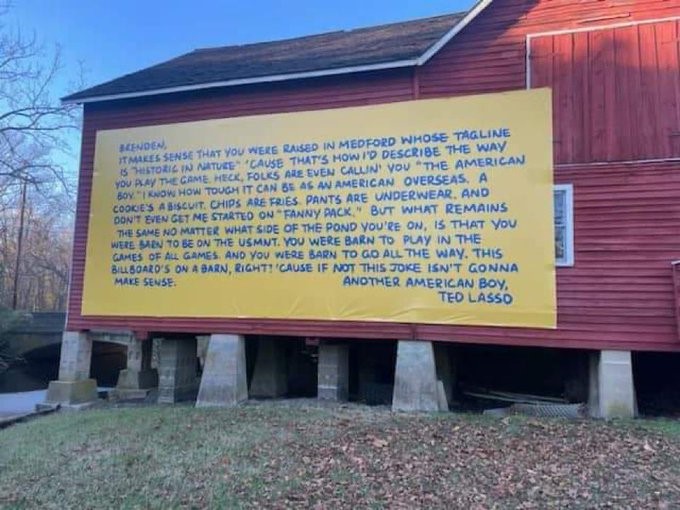 Another face, dedicated to player Giovanni Reyna, was placed on the wall of a brick building in the small town of Bedford, NY. 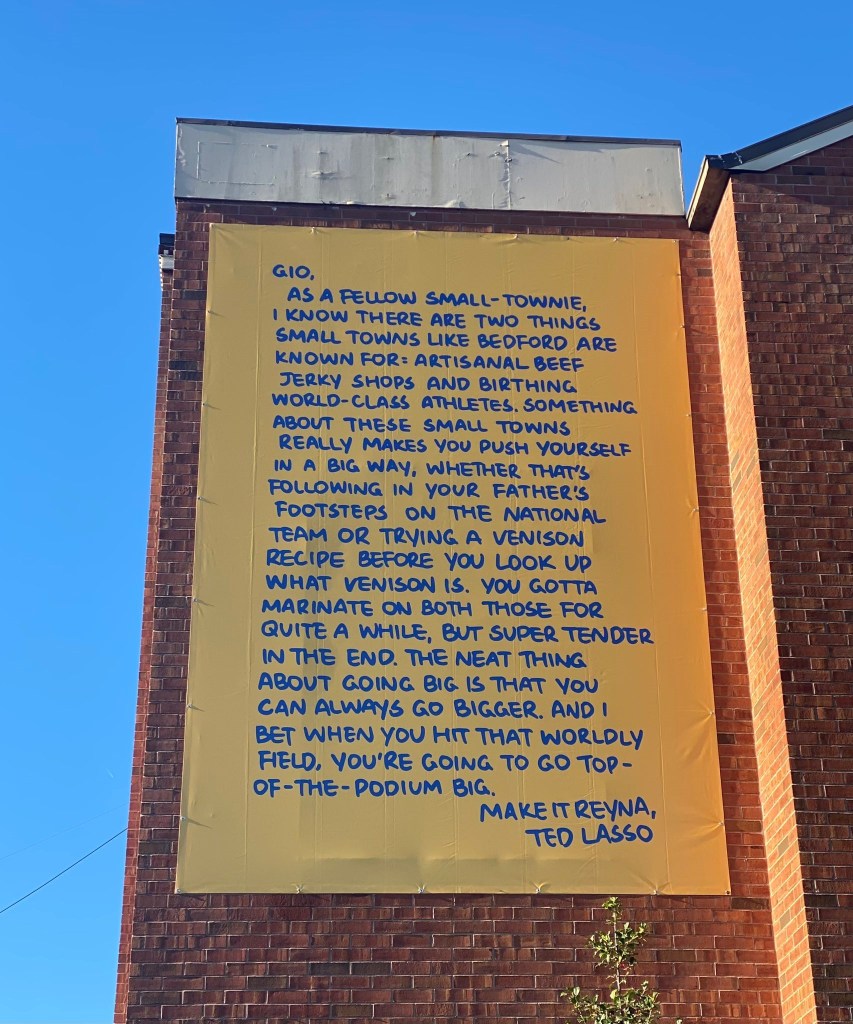 The character of Ted Lasso, portrayed by actor and series co-creator Jason Sudeikis, has been utilized in soccer-marketing stunts before. In 2021, Lasso and another character from the show, ‘Coach Beard,’ took over the official US Women’s National Soccer Team’s (USWNT) Twitter account to reveal their Olympic roster. Additionally, Lasso uses his own personal Twitter account to cross-advertise sports and his eponymous TV show.

With its viral success, the marketing campaign has fulfilled its goal of kicking support and attention to the USMNT as they head to the world cup. Undoubtedly, the campaign has drawn more eyes to the OOH advertising medium and may inspire more guerilla campaigns of the like.

Trouble on the Web: Could Online Ad Dollars Be Going to OOH?