Expect to see advertisements for St. John’s University flood the media market throughout the metropolitan area as the global University—which offers more than 100 undergraduate and graduate programs to a diverse student community—launches a major marketing push in the local region.

“Education That Elevates” is the theme for a multiyear, multimarket, branding campaign that aims to raise awareness of the University and promote the academic distinction of a St. John’s education to multiple target audiences. It specifically focuses on residents and visitors to the five boroughs and Long Island as more than 80 percent of St. John’s 193,000+ living alumni reside in the tristate region.

“Our diverse students not only come from around the corner but from around the globe, and they make a world of difference,” said Simon G. Møller, Ph.D., Provost and Vice President for Academic Affairs, University Distinguished Professor, and Provost Endowed Chair.

Outdoor ad placements are strategically selected to reach travelers where they drive walk or fly along some of the busiest and most-traveled roads in New York City and at transit hubs that attract commuters from Manhattan, NY, to the tip of Montauk, NY, and in between.

The campaign includes a mix of advertisements, including a fleet of bus sides from local depots, a complete wraparound of the ubiquitous Hampton Jitney, Long Island Rail Road platform signs, digital and static high-impact billboards at critical local roadways, and 30-second spots airing on local news and connected television. 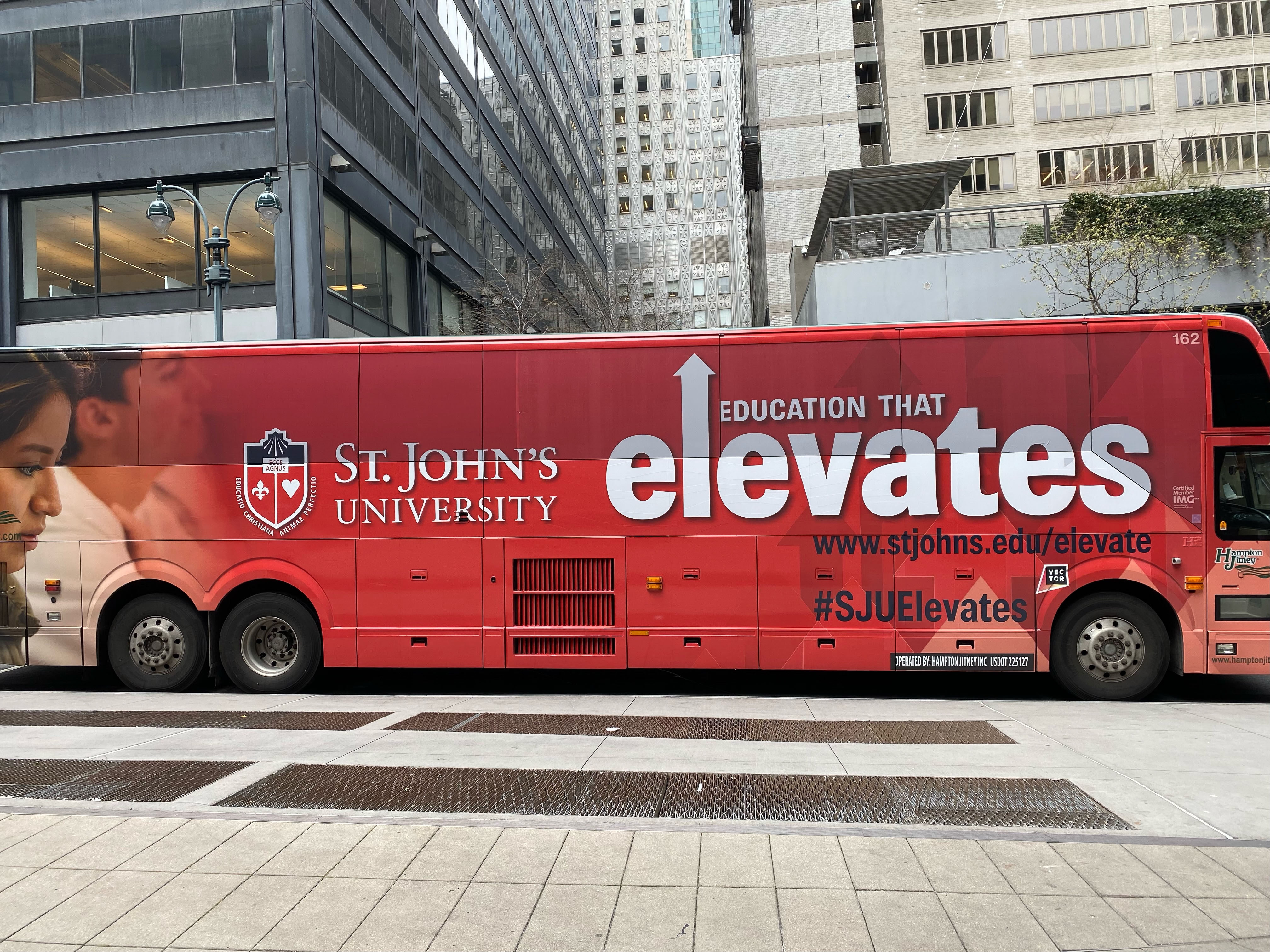 Central to the campaign, and reflective of the global reach of the University, is an eight-foot-tall and six-foot-wide statue of the St. John’s University crest that appears in the exhibit space in Terminal 4 of John F. Kennedy (JFK) International Airport. Working with Clear Channel Airports, the University’s Office of Marketing and Communications has designed the first and only statue of its kind on display. The illuminated statue, built by ExpoDesign, will be on display throughout the spring. It is a visible welcome to the more than 1.8M monthly visitors that pass through Terminal 4. The unique statue located at JFK Airport is also a tacit nod to the historic roots and founding mission of the University that for the last century-and-a-half has served immigrants and their children. 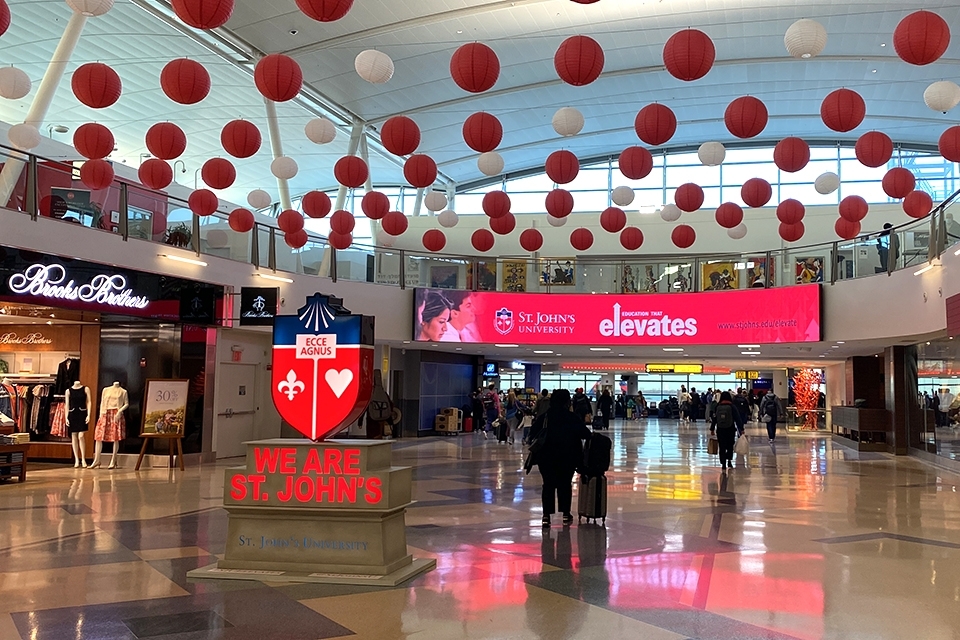 The indoor/outdoor campaign is complemented by a mobile retargeting extension that expands the impact of the campaign and delivers a unique brand message beyond the initial outdoor impression. This digital addition allows the University to increase its reach and frequency while further diversifying its media mix.

The combination of the high-impact outdoor placements, striking experiential marketing units, frequency of mobile retargeting, and reach of local news and connected TV spots differentiate St. John’s from its competition and deliver an innovative campaign.