For today’s GeekOUT Fast Fact, let’s take a look at a market home to Georgia’s oldest city – the Savannah DMA.

On top of being Georgia’s oldest city, did you know that Savannah has been dubbed “America’s First Planned City?” It was planned and developed by founder James Oglethorpe, in an arrangement that came to be known as the “Olgethorpe Plan.” Though the city has since developed much further, the Historic District of Savannah still has portions that follow the original design.

Georgia’s rich history has been preserved and documented since 1839 by the Georgia Historical Society, which finds its home in Savannah. In fact, it is the oldest continuously running historical society in the southern United States. Savannah is also home to the first and only Prohibition Museum in the United States. With the right password, you may even find your way into the museum’s speakeasy!

According to Geopath Insights, there are more than 2,300 spots measured by Geopath within the Savannah market, which generate nearly 220 million impressions each week! Additionally, this market has a population of 1 million, and over 1/3 of all commuting trips within the DMA take 30 minutes or more. 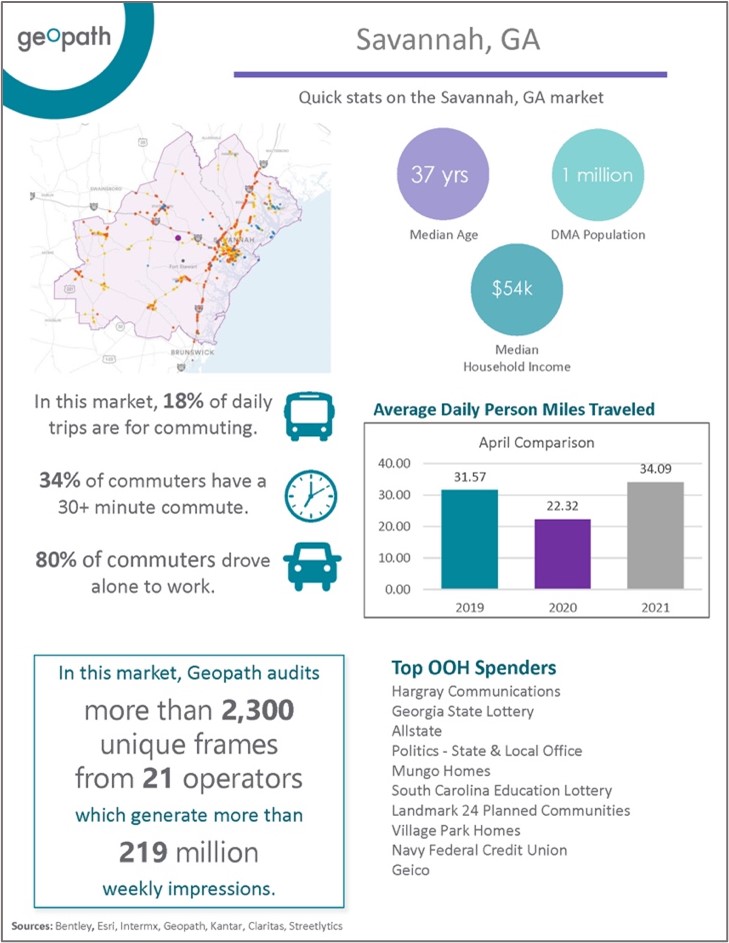 For more insights on the Savannah DMA, please see our 2021 DMA infographic below. 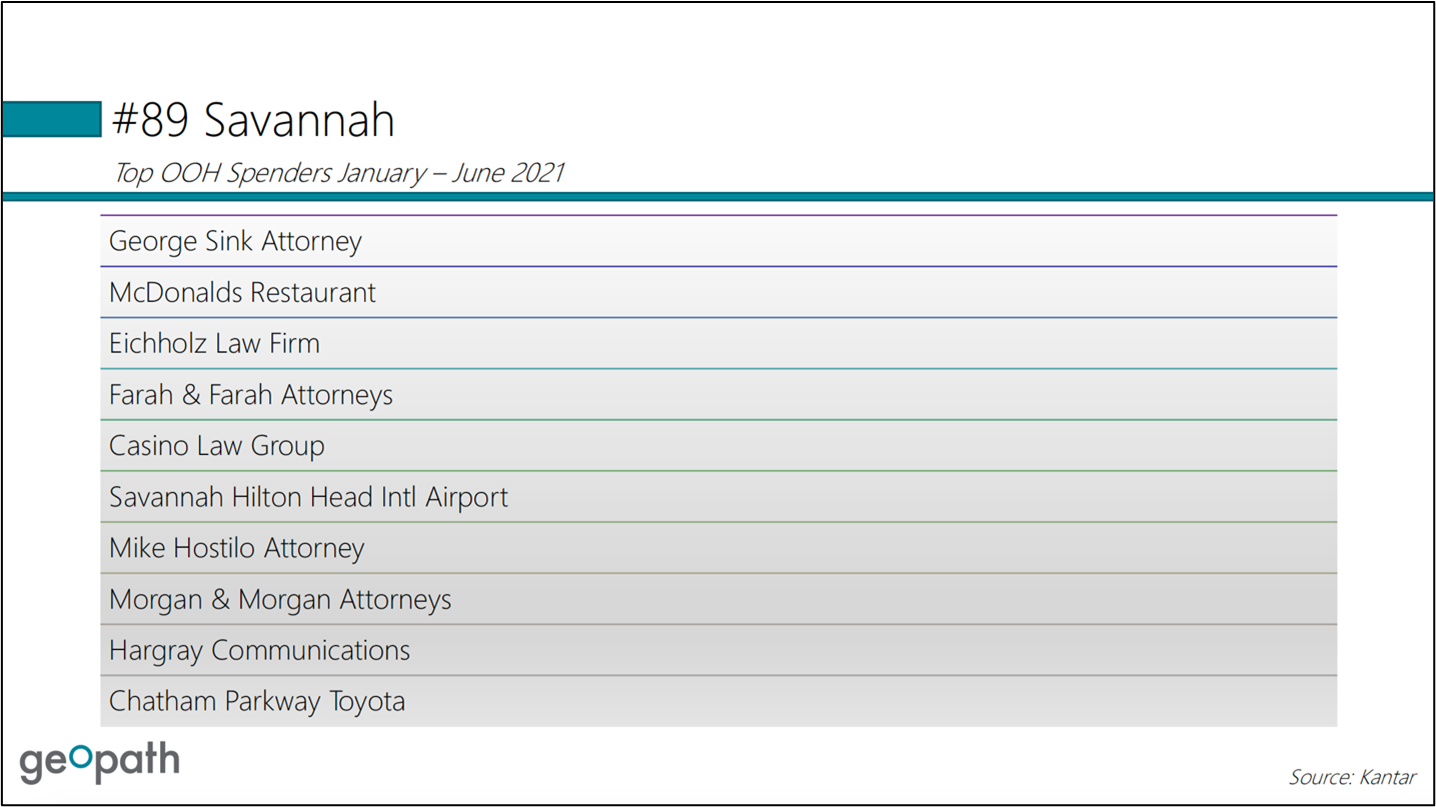 Next, let’s look at who is spending in OOH within the DMA for January – June of 2021.

It’s interesting to note that more than half of the top spenders on OOH in the Savannah market are legal services/attorneys. From this list, it’s clear that OOH’s value is well recognized by those in the legal sector in the market. As with many markets across the US, McDonald’s makes an appearance in the top OOH spenders in Savannah as well.

Be on the lookout for the Q3 OOH spending report soon!