Queen Latifah Equalizes the Out of Home Playing Field 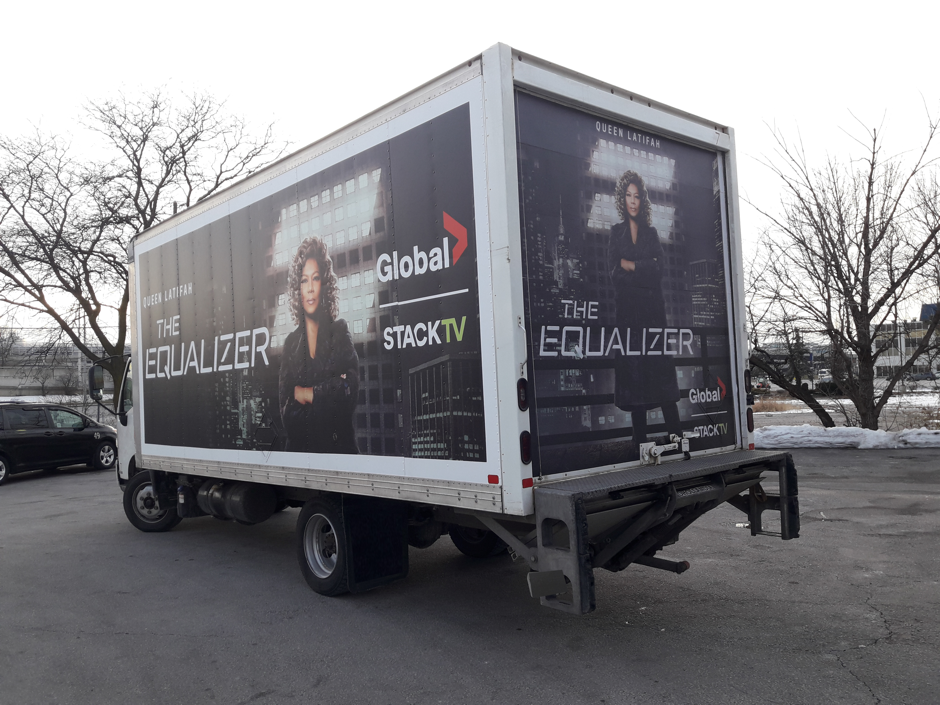 This past year, we’ve been very grateful for TV shows and movies for transporting us away from thoughts of the pandemic and the confines of our houses. In fact, according to The National Center for Biotechnology Information, 73.7% of people said that they’ve increased their binge-watching to 3-5 hours a day!

That means increased production of new entertainment, and with it, an increased need to get people excited about tuning in. A good way to help spread this excitement is the truly big screen experience of seeing an ad go by on a truck trailer.

And thanks to people being allowed to move about outside their homes more freely in some states, OOH is back to reaching large audiences, making truckside ad solutions smarter than ever.  They also allow for a more targeted approach than static billboards, due to their mobile ability. They provide advertisers with the advantage of reaching ideal consumers by focusing on areas where there’s a higher likeliness of engagement with the ad.

Two brand new TV shows – Clarice and The Equalizer – partnered with Movia, to create a truck advertising campaign that would reach their target audience and create anticipation for the awaited releases. 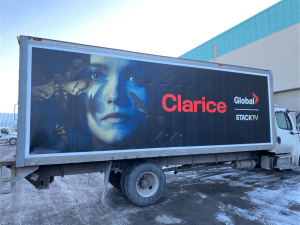 The campaign having 12 residential delivery trucks in Toronto (6 for each show) and 10 residential trucks in Calgary (5 for each show) is ramping up anticipation for the February premiere dates. The larger-than-life ads will get people hyped wherever they are, and to seal the deal, the drivers are also orchestrating a direct mail, flier handout program alongside their regular deliveries as a leave-behind for potential viewers. Put together, the entire advertising effort will go a long ways in ensuring butts are in seats for those all important premiere dates.