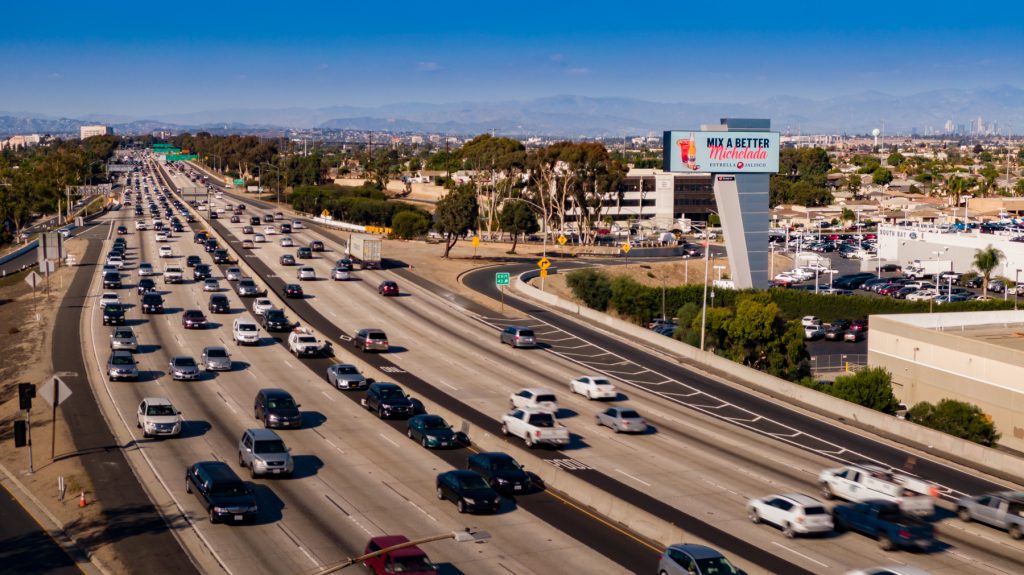 A New Digital Billboard on the
Busiest Freeway in California!

What you should know about I-405.   Natives in LA joke that the road was numbered 405 because traffic moves at “four or five” miles per hour.  Others say drivers need “four or five” hours to get anywhere. It is common place for average speeds to be as low as 5 mph when routinely commuting in the morning and afternoon.  The 20ʼ x 60ʼ digital display is the largest digital OOH in the So Cal and the highest resolution at 10 mm pitch providing commuters expansive sharp #OOH images.

The displays are in the heart of South Bay, home to professional beach volleyball, surf competitions, movie studios, luxury brands, shopping experiences and key influencers. These displays are also ideally situated between StubHub Arena, home to the LA Galaxy and current home of the Los Angeles Chargers, Los Angeles Rams future home, the Porsche Driving Experience race track and the training facility for the LA Kings.

Advertisers, such as Jack-In-The Box, Celebrity Cruises and Mercury Insurance, have all stated they love the 4K quality and appreciate the new digital opportunities in the market. 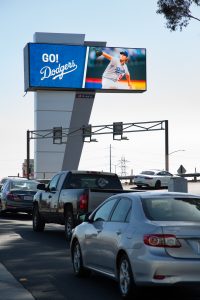 “The response has been tremendous since we went live, said Jeff Joaquin, co-founder and president of Marquee Media. “It’s pretty clear these new technology screens are the highest quality and clients’ say they love how vibrant and impactful they are. ”

Joaquin said the Marquee team will be looking to expand into new underserved areas in California. “We strive to reach clients’ target audiences when they are away from home, by providing valuable news and timely information that clients need to communicate to an increasingly more mobile audience ,” Joaquin added. “With New metrics and the creative flexibility to change messaging in minutes, Outdoor Advertising is one of the most effective and timely advertising mediums today.

OOH, Its Up All Over