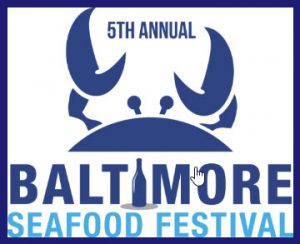 “I’m Me, Not MEAT!”  That’s what billboards near the Baltimore Inner Harbor are saying in an attempt to get people to go vegan. Baltimore loves their seafood.  Yet the People for the Ethical Treatment of Animals have bought billboards near seafood restaurants in Baltimore as part of a nationwide campaign to get seafood off people’s plates.

The billboard displays a colorful blue crab and says, “I’m ME, Not MEAT. See the Individual. Go Vegan.”

The 5th Annual Baltimore Seafood Festival taking place Saturday, September 15, 2018 from 12pm to 7pm at the Canton Waterfront Park. Check out at BaltimoreSeafoodFest.com

Tracy Reiman, executive vice president of PETA, says, “Just like humans, crabs feel pain and fear, have unique personalities, and value their own lives.  The billboard aims to give Charm City residents some food for thought about sparing sensitive marine animals the agony of being boiled alive or crushed to death in fishing nets, simply by going vegan.”

The billboards will remain up through Sept. 15, when the Baltimore Seafood Festival will be held.