OUTFRONT Media, one of the largest out-of-home media (OOH) companies in the U.S., is expanding its support of campaigns in the fight to stamp out food insecurity. It is doing so through its continued partnership with The Farmlink Project and by joining forces with No Kid Hungry.

To support these causes and their campaigns, OUTFRONT Media is providing OOH assets nationally, as well as the production and development services of its internal creative team, OUTFRONT STUDIOS.  The campaigns will run throughout the summer, the most difficult time for kids who rely on school meals during the academic year and are on summer break. 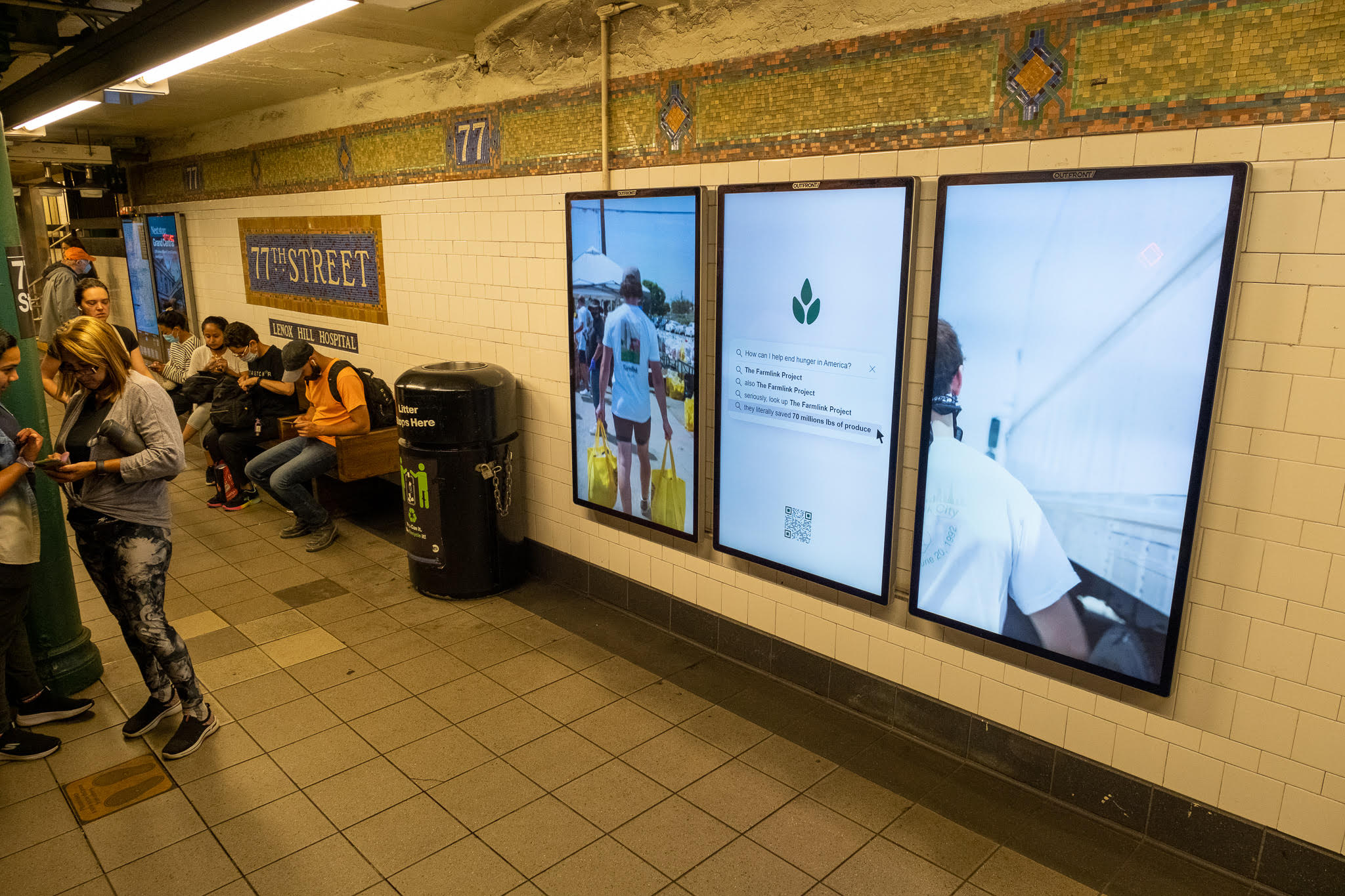 OUTFRONT Media is widely recognized for its pro-social activities on behalf of American families, on both on a local and national level.  These campaigns will raise awareness of food insecurity issues, such as the fact that one in six American children – a total of 12 million – are faced with hunger annually.  During the school year, many children rely on school programs to access breakfast, lunch, and afterschool meals. But when school is out, many of those meals disappear, making summer the hungriest time for kids and teens. This year, it is particularly hard for families to put meals on the table with inflated food and fuel costs.

During the summer months, No Kid Hungry hosts a national awareness campaign that is focused on helping families find locations offering free summer meals for their kids and teens when school is out.  OUTFRONT Media has donated one month of digital OOH inventory in honor of Future First Studio, whose “UP2U” submission won the company’s 2021 OUTFRAME art competition. With the winning submission inspired by New York City based gardens and fridges, a leading national nonprofit campaign working to end childhood hunger, like No Kid Hungry, was a natural choice for the donation.

No Kid Hungry supports programs like school breakfast, summer meals, food banks and community groups feeding kids, and pushes for legislation to strengthen nutrition programs like SNAP to help feed more kids. While free summer meals programs, run by some local schools and community groups, are available and open to any kid or teenager who needs a healthy meal, they can be hard to find.  As a result, No Kid Hungry runs a bilingual text service to help families find free meals for their kids and teens.

“All kids deserve a happy, healthy summer. The truth is, for many children, summer is one of the hungriest times of year when the academic year ends at school,” said Pamela Taylor, chief communications and marketing officer at Share Our Strength, the organization behind the No Kid Hungry campaign. “Summer meal programs run by schools and community groups are here to help, but they can be hard for families to find. We’re grateful for OUTFRONT’s support in raising awareness of the No Kid Hungry text service to help connect kids with the meals they need to thrive all summer long.” 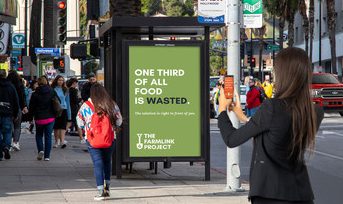 Additionally, as a continuation of a campaign that initially launched in 2021, OUTFRONT is working with The Farmlink Project to drive awareness of Farmlink as a resource to end hunger. The creative features a search field, reinforcing OOH as the best primer for a variety of digital activations. Formed at the start of the pandemic in 2020, The Farmlink Project connects unused produce from farms to food banks across the country, delivering millions of pounds of farm fresh produce to families in need. The Farmlink Project provides over 75 million pounds of healthy, fresh food that would otherwise be wasted and is distributed to people in need through food banks across the country.

Said OUTFRONT Media’s Vice President of Marketing, Liz Rave, “Our work and support on behalf of these organizations is part of OUTFRONT’s unwavering commitment to serving communities across the nation via our purpose-driven partnerships. Food insecurity is a very real and growing issue among our children. By providing our OOH assets and creative services to No Kid Hungry, we can connect kids with necessary meals this summer by amplifying the message that a healthy meal is only a text or search away. Plus, with our continued partnership with The Farmlink Project, we hope to inspire people that they have the tools and power to make a difference in the fight against food insecurity.”

About OUTFRONT Media Inc.
OUTFRONT leverages the power of technology, location and creativity to connect brands with consumers outside of their homes through one of the largest and most diverse sets of billboard, transit, and mobile assets in North America. Through its technology platform, OUTFRONT will fundamentally change the ways advertisers engage audiences on-the-go.