Out of Home Audiences Increase 2.4%

9 Consecutive Years of Out of Home Audience Growth —Australia 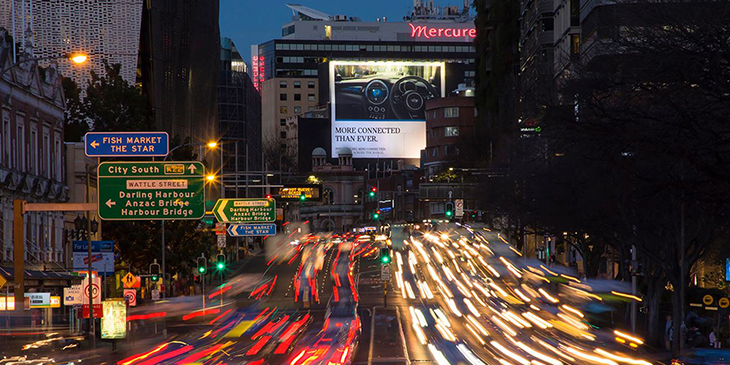 Out of Home audiences increase 2.4% marking the ninth consecutive year of growth

MOVE (Measurement of Outdoor Visibility and Exposure) has released the results of its annual data update, showing Out of Home (OOH) audiences increased by 2.4% in 2019.

The 2019 update includes changes to the current market models, including:

“This is the ninth consecutive year that Out of Home audiences have grown, now reaching 13 million people each day in the five major capital cities MOVE measures. Compared to a population increase of 1.5%, annual audience growth of 2.4% demonstrates the vital role Outdoor plays in the urban environments Australians populate each day,” said Charmaine Moldrich, CEO, OMA and MOVE.

The Outdoor industry is preparing for increased urbanisation, and in 2018 announced a $10 million investment into an audience measurement metric for digital Out of Home (DOOH). Phase one of the digital measurement project commenced in June this year with a $1.3 million neuroscience study to inform the development of the new metric.

“Our members have invested heavily into a more data-driven digital network. Now that we have a very effective digital offering, the investment will focus on a new measurement metric that informs on the impact of DOOH campaigns,” continued Moldrich.

The industry has also invested in building new tools to make the Out of Home channel easier to buy. In early 2020 the OMA will launch CORE (Centralised Outdoor Response Engine) the automated proposal booking system set to revolutionise the briefing and response process for buying Outdoor. The platform will be a highly innovative experience for agencies in terms of ease of use and streamlining the workflow from booking to billing.

“These industry-led initiatives signal a critical ‘stake in the ground’ moment towards meeting the changing needs of our agency and client stakeholders, while building on the industry’s sustained growth,” concluded Moldrich.