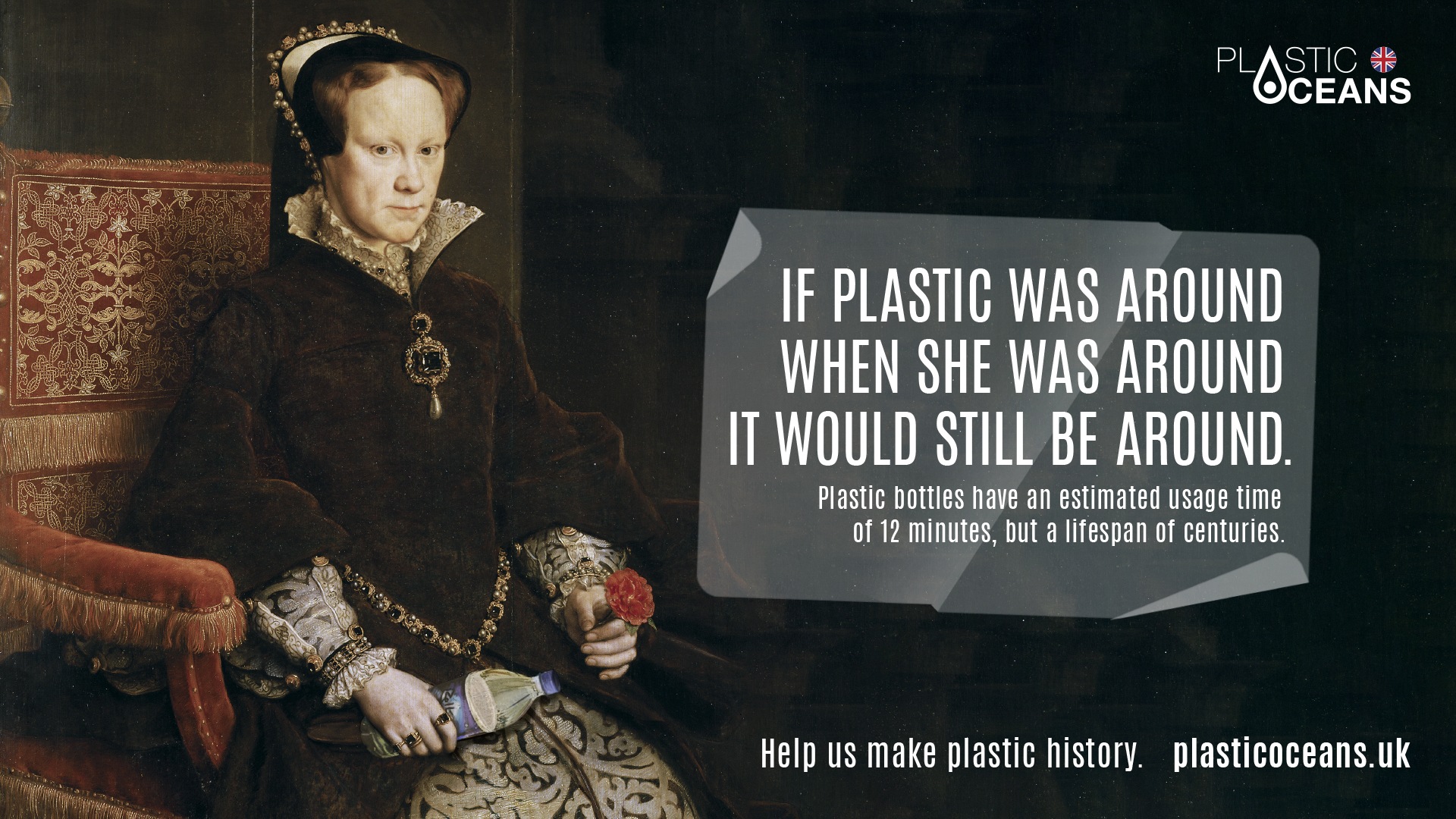 Plastic Oceans, a non-profit organization raising awareness about the devastating impact of plastic pollution, has partnered with The Community London to launch a nationwide OOH campaign which shows the staggering amount of time that disposable plastics can stay in the environment after being discarded. The work uses famous ‘celebrities’ from centuries past as a way of creatively illustrating this point.

Melanie Vella, Head of Comms and Engagement at Plastic Oceans, said: “We are at a pivotal point in history

to stop plastic overuse and the damage it is causing, before it’s too late. We need a better solution to the problem we are creating. This campaign will help raise awareness of the severity of the issue and make people think about actions they take when it comes to plastic consumption.”

Mark Hunter, Executive Creative Director at The Community commented:  “The challenge on this project was to tell a now familiar story in a fresh and compelling way.  By using famous figures from history as our ‘spokespeople’ we were able to put the length of time disposable plastic stay on Earth into fresh context.”

With the help of Publicis Groupe media agency Spark Foundry, Ocean Outdoor and Limited Space, the campaign will reach a national audience via billboards and posters which will run across major cities in the UK including London, Birmingham, Manchester, Edinburgh and Glasgow, throughout December and into January. 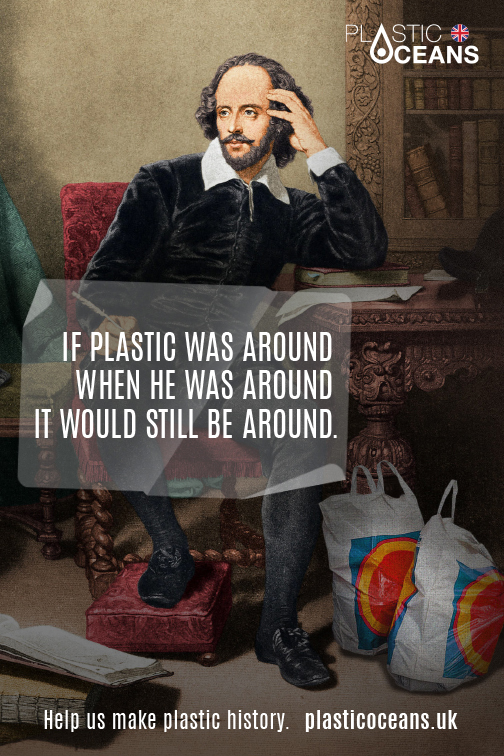 About Plastic Oceans:
Plastic Oceans UK, established in 2009, was the first NGO to raise awareness about the impact of plastic pollution on our oceans. Their work is based on proven science and own experience in the field. Their mission is to inspire people to make real-life positive change to prevent ocean plastic pollution.

About the community:
the community / la comunidad is an innovative, cross-cultural, global creative agency owned by Publicis Groupe. Since it was founded José and Joaquin Mollá in 2001, the community has produced award-winning, engaging campaigns that consistently break boundaries, effectively using culture as a compelling narrative to build brands and bring communities together. The multi-award-winning agency, is headquartered in Miami, with offices in Buenos Aires, New York, and London. It has created work for some of the world’s most recognized brands including Verizon, BMW, VW, Google, Sauza and Hornitos Tequilas, Apple, Converse, Corona Extra, Modelo Especial and ESPN, among others.
Visit thecommunityagency.com.