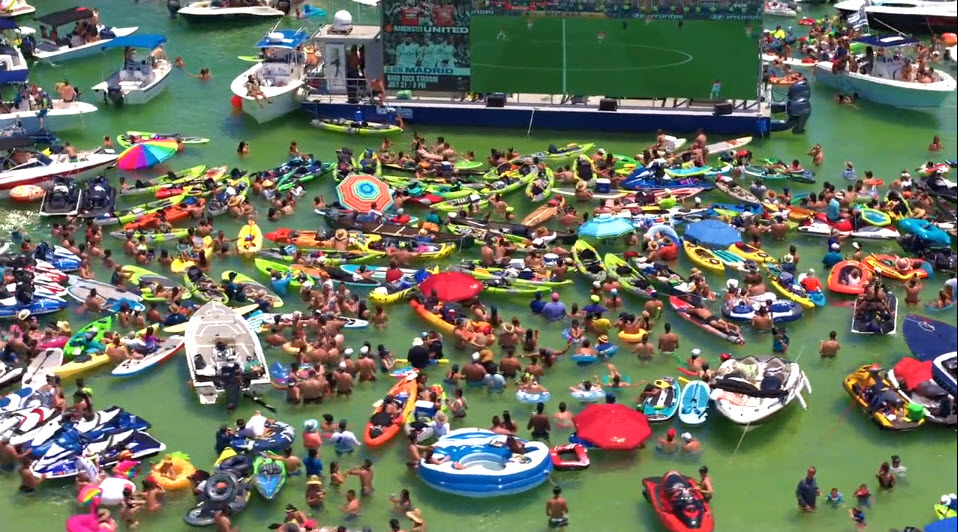 The never ending saga of the digital billboard boat has apparently to come to an end. We write ‘apparently’ because whenever the news of its demise reaches us, we receive a call or an email indicating, ‘it’s not true’ or ‘the battle continues.’

We like the guys who started the company and the format is unique as well. Though it ‘appears’ some one in NYC does not agree with us.

“Our legal action has resulted in a big win for New Yorkers,” said Acting Corporation Counsel Georgia M. Pestana. “Ballyhoo will no longer operate its water-based ads anywhere in New York State in defiance of laws intended to further traffic safety and the public’s enjoyment of the waterfront.”

This is a big win for New Yorkers?

I am calling the 3 Game Sweep competed Monday, the big win for New Yorkers. At least until the next series. Maybe another series coming around for digital billboard boat as well?  Stay tuned.  I am not going to count them out.

Here is what the New York Post has to say, Floating digital billboard company must stay out of NYC or pay $100K: judge

The 7 Ways 5G Will Change Digital Out of Home