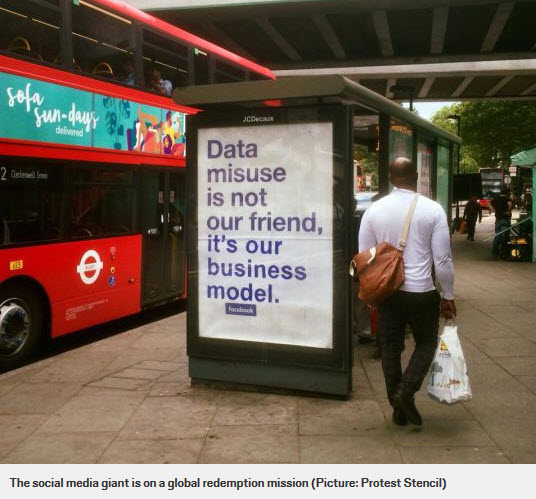 The complete story of another pirated OOH campaign.  It’s flat-out thievery.
Taking your own self-produced posters and changing out the locations.

Only the carefully read copy gives it away.

A mystery street artist has tampered with billboards across London to share some interesting messages about fake news.

Messages like ‘fake news is not our friend, it’s a great revenue source’ are trying to dupe commuters into believing they’re actually from the social media giant. 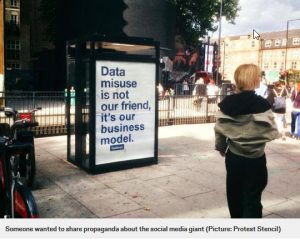 A Twitter account called Protest Stencil shared photos of the ads and said they are ‘really getting around’.

The tweet was liked by more than 300 people and widely shared within hours.

One user wrote: ‘They were asking for it really.’

Facebook is on a global redemption mission after being embroiled in the Cambridge Analytica data scandal.

It comes after similar billboards were amended in Australia. Someone scrawled words out in black marker pen so adverts read ‘fake news is our friend’.

The social media firm admitted that more than 310,000 Australians could have had their data improperly shared in the Cambridge Analytica breach.

Reporting from the Outdoor Advertising Association of Georgia