JCDecaux’s toilet and kiosk contract with the city of San Francisco, is being reported by local news organization Mission Local, as under review by the City Attorney and Controller. Mission Local noted, SF Public Works Director, Mohammed Nuru, was arrested last month on fraud charges. There are wire tapping and Federal indictments involved, all detailed by Mission Local.

For us OOH folks, Mission Local revealed JCDecaux tallied approximately $125 million in ad revenue between 1997 and 2017 and paid 5.8 percent of that to the city ($7.3 million). We have all been around long enough to know, when it comes to municipal advertising contracts, that percentage is one hell of a beneficial deal for Decaux. Granted, when the contractor, Decaux, has to provide a public toilet and has to literally handle feces, the percentage cut should be lower for the municipality than typical, but 5.8%? 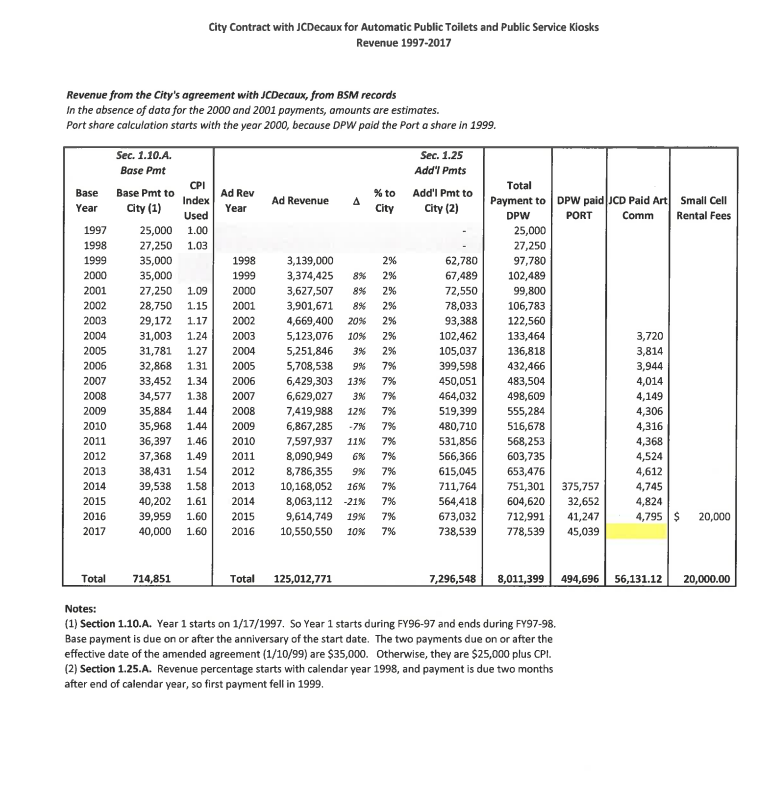 Mission Local goes on to put the Decaux agreement in context to the other outdoor advertising deals SF has with Clear Channel for shelters and Titan/Intersection transit agreements.  The cut is over 55 % and 65% of the ad revenue respectively. Mission Local’s editor, Joe Eskenazi is describing something is afoul more than the smell of the public toilets.  JCDecaux street furniture has been part of the city’s streetscape since 1995, with 25 restrooms and 114 kiosks in downtown neighborhoods.

OOH Today will do some digging and return on what we find from our Outdoor friends in the Bay Area. If there are troubles with the ‘outhouses’ they’ll know about it.

Insights from the Commercials and Sponsorships Around the Super Bowl