Its creative by Paul Suggett for Colorado State Patrol

Tailgating- just in time for football

Creative PSA or Paid Advertising: The Message is Right On.

What are you doing in your market to cut through the clutter?

What is your favorite winner?  Here’s OOH Today’s blast from the past.
If its automobile related, it has to be on a billboard.

If its automobile related, it has to be on a billboard.

There is no better medium to reach traffic as it happens real time while on the road.
The media is Out of Home and the creative works! 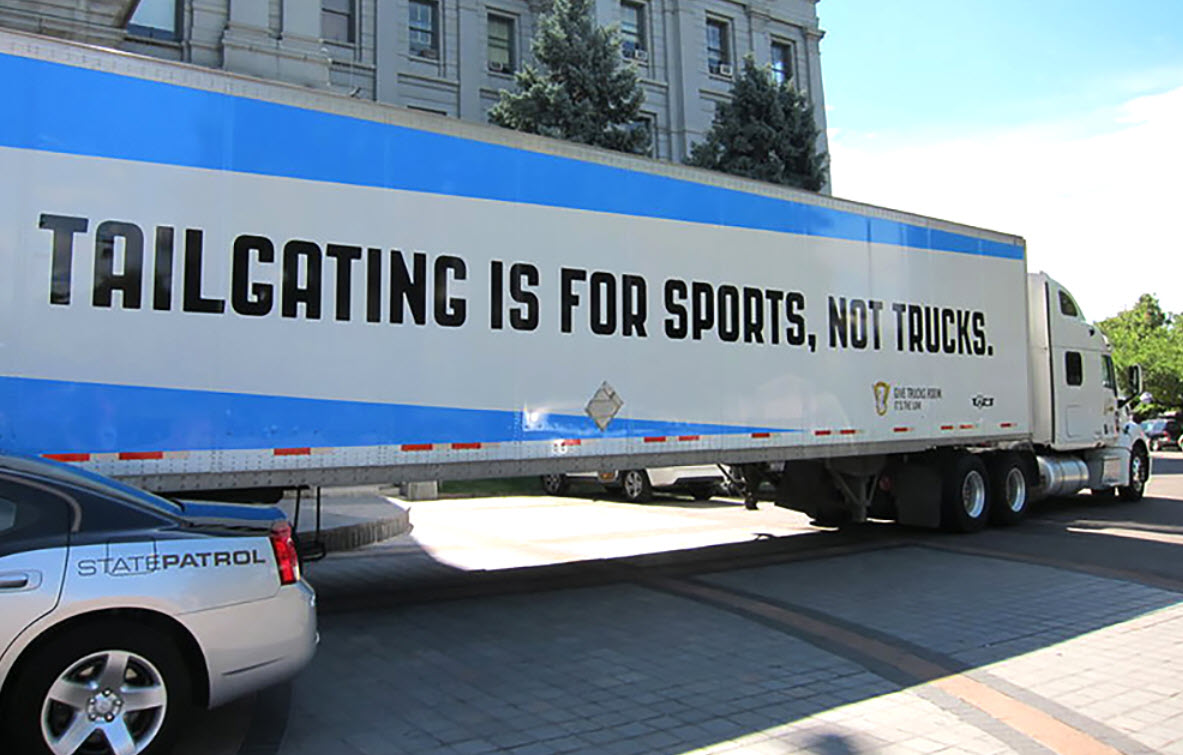 A breakthrough campaign for the Colorado State Patrol. The OAAA OBIE Awards is an award managed by the Outdoor Advertising Association of America recognizing creativity in the out-of-home advertising (OOH) industry.

In Colorado, something big to warn drivers of the dangers of tailgating. 23% of roadway fatalities are caused by tailgating, and a large portion of those are collisions with trucks.

Along with traditional media including outdoor, print, and radio, special #billboards that simulated the devastation of the crash.

Local news stations picked up the story, and the ROI was huge – over 1200% on the cost of the stunts, with hundreds of thousands of dollars in earned media.

The campaign won a Gold OBIE, best in show at the Denver Fifty, and several other awards.

But best of all, it saved lives.

The message of public service, every OOH company should deliver.