The new DOOH Advertising has arrived

DOOH Advertising is now being upgraded thanks to the latest technology in 3D and VFX.

This year we have experienced a revolution in outdoor advertising that is no longer going unnoticed and traditional 2D ads are now being seen as ordinary compared to their 3D counterparts. Same as it happened years ago with cartoons, we will probably stop watching OOH adverts in 2D.

Europe has led this transformation of advertising with BCN Visuals, a company based in Barcelona that creates 3D & VFX advertising. They have now opened a new office in New York, and they are currently working on new projects with international brands that didn’t want to be left behind on the road to the future of advertising. In fact, BCN Visuals has already produced outdoor campaigns for well-known brands in Europe such as McDonalds, Spotify, Walt Disney, Xiaomi and many others.

BCN Visuals, which is defined as a worldwide advertising and entertainment company, has been awarded best outdoor ad in Europe (Promax Awards) for The Walking Dead, where a zombie seems to jump out from the billboard. But also, they have been recognized for creating the world’s first 3D advert on digital totems for Volkswagen.

Creative Director, Eric Sas, admits they started making cinema and ended up making what he defines as “cinematic advertising”, with the objective of transforming advertising into entertainment. Together with Alan Company, Executive Producer, they both have leveraged their huge experience in creativity and technology to deliver jaw-dropping DOOH campaigns across Spain, Italy, France, London and soon New York.

Helicopters and aircrafts that seem to come out of the screen were the way in which Amazon announced their new movies in Spain and Italy, something that had never been seen before and amazed audiences, making the campaigns viral. This technology has only been used in cinema until now, as DOOH is becoming one of the most important formats for brands to advertise on again following an unusual time of strict lockdown because of COVID-19.

The process by which the content is produced is technically known as anamorphosis. Something that can only be made through use of animation and visual effects to create a distortion of reality for the human eye. An amazing optical illusion that catches the attention of all passersby, who appreciate this new advertising format.

BCN Visuals ensures this is only the beginning of this new era of advertising, and have shared that they are working on new innovative projects involving the latest technology and exploring new ways to surprise everyone now that they have become a benchmark in the industry. 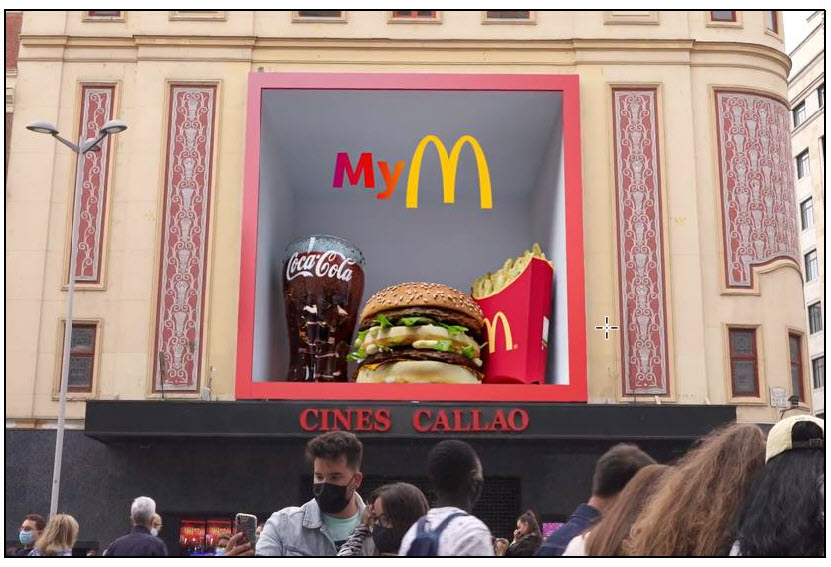 A Blueprint for Building Your Digital Out of Home Strategy