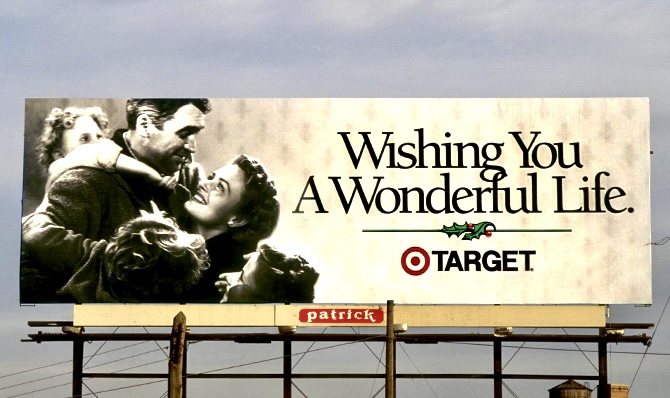 Imagine if you woke up tomorrow and one big thing in your life had changed. There were no billboards. Anywhere, the bigger than life advertising product had never been invented. There weren’t any in the whole world. Nada, none. Just blank space.

I know, at first glance it means most of us in our biz don’t have jobs. But beyond that, imagine the ramifications of the billboard industry never being around. 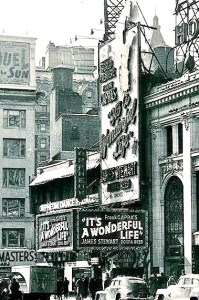 Most people might not realize what this would mean. They might not care. They may think oh boy, no more eye pollution. But it would matter. A lot. Just like the impact George 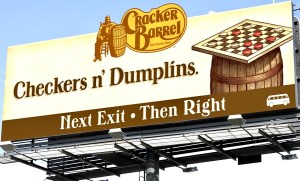 Bailey’s life in the holiday movie hit “Its A Wonderful Life” had on his family, his friends and his whole town. He was just one guy. This is one advertising product. You see where I’m going?

Lack of billboards means not a lot of commerce being built around highway exits. No Cracker Barrel bulletins hyping their latest special dinners, no Stuckey’s boards for the last 50 years hyping gas and those tasty, gooey pecan rolls, no South of the Border teases, no wondering what The Thing is on those Texas billboards. Nothing to tell drivers where to eat, sleep, buy gifts, how long the wait is at the local Urgent Care or watch dirty movies in a trailer. The ramifications are huge if billboards never existed.

What would bus or subway passengers look at while waiting for their stop? Who would they go to to fix those fissures? What is a fissure anyway? No car cards, no headliners, no two-sheets, no transit shelters ads. Just plain old shelters. 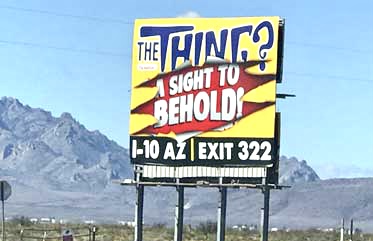 I doubt it. Humans are visual people. We love lights, bold colors and displays that catch our attention. We are also a social race, we tend to flock to where other people go, eat, play, drink and talk. And what’s a big part of congregating? You guessed it, eye-popping, clever catch line, full motion, bright light billboards. They make our surroundings festive, warm and inviting. You don’t just put one little bug light in your big backyard in the summertime do you? You use string lights, lights on poles, lights in the ground, lights that look like candles, lights show off your gardens. It’s all part of the visual sensations we crave. 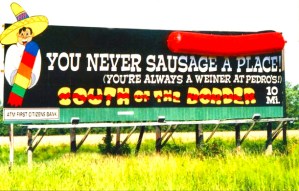 Billboards are no different, just how boring would that ride on I-95 from the DC line into Florida be without billboards? What would you look at, you’d fall asleep, have to talk to your wife, listen to country music, or just drive into an endless abyss like a video game, no depth perception on what lies ahead. I would zonk out by the Virginia-North Carolina line way before Pedro would pop up selling everything.

Let’s face it, without billboards and related OOH media our lives would be visually boring. They’d be like that fat robot watching video all day, drinking mega sodas in Wall-E, and not using their legs to walk around Times Square and look at all the great displays. We would become hermits with short stubby legs addicted to 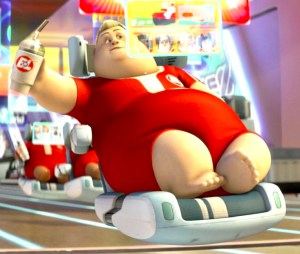 sodas and our smart phones.

Wait, we may be there already.

Well, ok, maybe not quite that bad. There’s still softball. But there would glaring gaps in our 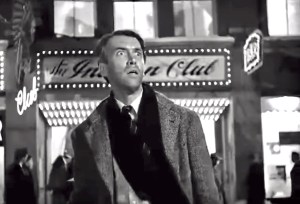 ability to be entertained visually and sell products. Just like in the movie when George Bailey is running thru what is now called Pottersville, his wife’s a spinster teacher and the bartender throws him out of Nick’s which was called Martini’s. His own Mom doesn’t even know him. My wife pulls that act all the time. But as you all know the movie, they aren’t gone, but they certainly aren’t the same peeps. Because George wasn’t there to save them and make their lives better. Same thing with billboards, without them our lives would still exist but not be the same. And most definitely not any better. I don’t know if that will ever happen, but I hope in my lifetime I never find out what life without OOH media could be.

Besides that, I need the paycheck.

Help us Help You.  Subscribe to the only Independent Voice for OOH.